Bicycling Australia has been chatting with National Road Series athletes to get some tips on how we can all ride better and smarter.  This edition we catch up with Darren Lapthorne, back for a second chapter with Drapac Professional Cycling after a few years away.

BA: Darren Lapthorne (nicknamed Lappers), you are the second-oldest serving member at Drapac, is that right?

DL: Yeah, well I have been riding with them on and off for about seven years.

BA: That’s a long time. How did it all begin?

DL: I was at uni doing a Bachelor of Business, and a member of the Coburg Cycling Club (in Melbourne), a roadie; I didn’t do track at all.  I was just enjoying riding, loving training and racing, and never planned on taking it as a career path. I more just fell into it. I think once you reach a level you make a commitment to cycling. But at that stage cycling wasn’t everything to me. I had a balanced lifestyle, but was still performing on the bike.

BA: So you joined Drapac?

DL: Not right away. I raced with another continental Australian team, MG Xpower (Telstra was the sponsor) Herald Sun Tour, Tour of Southland in NZ, a couple of races in Asia , also going to uni, trying to balance it all, then had the opportunity to go to Drapac.  I started with the team in 2004-5 when I was about 21 or 22.  I thought the team was a good option as they had big ambitions, plans (and would be), quite exciting to be part of.

DL: It was a very small team, mainly based around track riders. We had Mitchell Docket and Sach Dempster who now ride for pro tour teams.

BA: Where did your teammates hail from?

BA:  What events did you race?

DL: It wasn’t until 2006 we really contested the NRS; it was in its infancy as well then, so it was new for everyone, really.  It wasn’t as well structured, struggled for sponsors, was definitely very different racing.  We had eight or nine riders on the team including quite a few good track riders who did the full season. I think we won the NRS.  Robert McLachlan won the series and we won it as a team as well.

BA: Where to from there?

DL: The following year we went another step bigger, with a bigger roster of 15 or 16 riders, stepped up in world rankings, becoming a division two team on the world scale, which meant we were eligible for races like TDU. We did the Tour of Austria and the Brescia Tour in northern Italy, so we had really good starts. I won the national championship on the road that year as well. We were all financially supported by the team and the team had a big budget in Australian terms. A lot of continental teams were running off nothing. But when we went to Europe that year, compared to the multi-million dollar teams over there, we were one of the small teams.”

BA: So you had a chance to race in Europe?

DL: We were there four months that year, it was my first experience going to Europe. The best thing about it was going with a group of guys I had raced with previously, so it was not like I had to pack my own suitcase and go there solo. We were a team of good mates; we raced well together, so that was the biggest positive. And Michael Drapac was bankrolling the team.

BA: But you moved on?

DL: Yes, after that I left the team and stayed in Europe for four years working for a German team, sponsored by Sparkasse bank, then the British Rapha team.

BA: And Drapac went on without you?

DL: Yes, the team continued going to Europe each year and was still very successful. I think the biggest transition was that it focused more on events in Europe and Asia rather than in Australia. So the NRS all of a sudden wasn’t as important. Drapac had won the NRS overall for a couple of years but was not getting a great benefit; wasn’t noticed by the public, whereas races in Asia and Europe were getting great responses. The NRS only had a couple of big teams committed. Now we have 30 teams committed to doing the full series and winning the NRS overall now is extremely hard.

BA: What did you do next?

DL: I signed with a new Australian team, Pegasus, with Robbie McEwan and Darryl Impy, who won stages of the TDF last year, but the team collapsed in January, basically the time when the season starts. There were sponsor issues; it happens a lot in cycling. By that point of the time it’s virtually impossible to get a contract with another team, so I decided to move back to Australia. I was pretty content just to hang the bike up, it was such a commitment going to Europe every year – tough lifestyle, tough sport. I thought probably the best thing was to forget about riding for a year. I moved back to Bendigo with my partner at the time, worked full-time in a BMW Volkswagen dealership and rode for a bit of fun.

BA: What club did you join?

BA: So how did you make your way back to Drapac?

DL: Later that year I got a phone call from Drapac staff and they convinced me to come back. At that point I was ready to give it another shot and support the team that had supported me for so long.

BA: Had things changed much?

DL: I was shocked… we had more staff on board, the structure had changed, the way the team was managed, and everyone had a role. The organisation. It was almost better than a lot of the Euro teams I rode for. I thought cycling had come a long way in Australia in just three or four years.

BA: What was your role once you came back?

DL: Initially I was happy to do the occasional race, not full-time, but after about a year I had the opportunity to race full-time as the team stepped up a level to pro continental level and we have a busy race program, mostly in Asia and America, plus the occasional NRS race as well. Everyone is on a wage, it’s a pro contract. Last year I raced one stage in the Tour of Tasmania and raced a few NRS events.

BA: How have your results been?

DL:  I won the Tour of Murray River with my teammate Tom Palmer. This year we are looking to win as much as we can of the NRS, it’s sort of taking a bit of a back foot compared to some other races.

DL: At the moment I am taking it as it comes. I am one of the older guys on the team – I just turned 31, so for me to ride with an Australian professional team is perfect. To make the move back to Europe now would be incredibly difficult.  As far as Drapac is concerned, I think this will be the next team that will be at the same level, div one, doing the Tour de France. That’s not far away, just a few years. In cycling terms, that’s pretty close. A lot of teams have a 10-year plan. Especially the way it’s been going in the past couple of years. One more step and it will be on the same level as Orica GreenEdge.

DL: I think the NRS gives young riders the opportunity where they don’t have to go to Europe. When they are 18 or 19 they can concentrate on winning the NRS because it’s noticed. Everyone around the world is watching the NRS now. It’s made the pathway to a pro team a lot easier. We are seeing riders jumping directly from the NRS to pro teams; a few years ago that was unheard of. 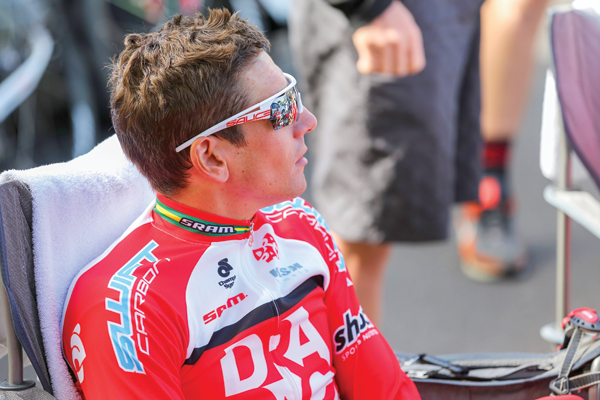 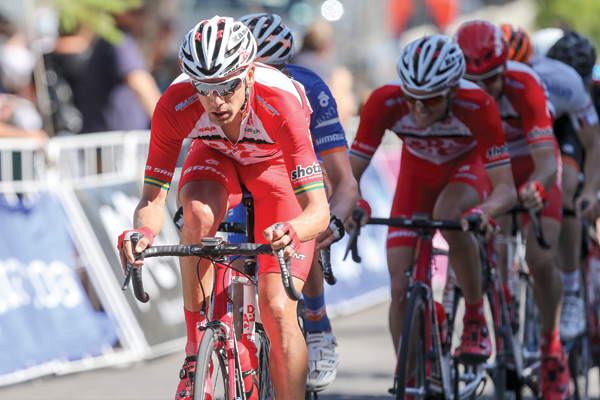 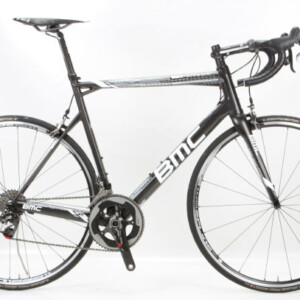 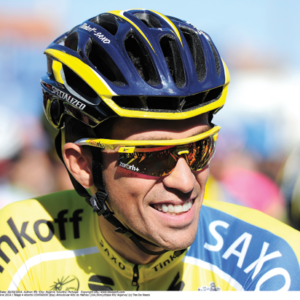