Allegations of doping in the realm of professional cycling are never digested by fans, athletes and the governing body of cycling, the UCI, very easily – and at a time where nerves are raw after the discovery of a hidden motor at the UCI Cyclocross World Championships, this new “evidence” has certainly stirred the metaphorical pot.

The new specualtions have been brought to light in a joint investigation by French television channel Stade TV and Italian newspaper Corriere della Sera.

This is the teaser for the programme aired on French television station Stade TV.

In the 20 minute investigative programme on Stade TV several riders are apparently caught using concealed motors at two Italian races, the Strade Bianche race in Tuscany and the Coppi e Bartali in Emilia-Romagna. Riders were filmed on an expensive heat detector and returned some interesting vision.

The identities of the seven professional riders have been kept a secret but it has been reported by the European media involved in the investigation that five riders used motors hidden in their seat tube and two were apparently caught using motors hidden in the rear hub and cassette in the footage shot on the thermal camera.

The UCI made a statement in regards to the allegations that their current detection methods are not reliable. The UCI uses a blue tablet Teslameter that they say detects magnetic resonance which the UCI insist is “by far the most cost effective, reliable and accurate method” of detection using “software we have created in partnership with a company of specialist developers”. This method allows the operator to assess a high volume of bikes in a short period of time before and after each race.

The Teslameter was the technology used to detect the motor hidden inside the Belgian National Champion Femke Van den Driessche’s bike at the UCI Cyclocross World Championships, but this is the only confirmed detection of mechanical doping at a UCI sanctioned event.

Italian Astana rider Vincenzo Nibali features in the two-page Corriere della Sera article where he relates mechanical doping to stealing and calls for higher visulance on the issue from the UCI. Nibali said he wasn’t surprised by the new allegations however.

Meanwhile the president of the Professional Cyclist Association (CPA) Gianni Bugno is pushing for strict lifetime bans for riders caught doping mechanically. Bugno said the actions of a few riders throws mud on the rule-abiding majority as the sport of cycling recovers from its dirty past.

This begs the question, in the technologically advanced age of smartphones we exist in now, how come there has never been any other irregularities of pros bikes leaked by the general public? Hardly anything can be kept a secret with social media being the backbone that conspiracy thoerists use to stand tall.

This is the full program aired on Stade 2.

Where competition is the essence of a sport there will always be a select few competitors who might fear their own shortcomings and disadvantages against a strong field of contenders.

As an illustration, making news in the Los Angeles Times is Thorfinn Sassquatch, a serial “Strava segment hunter” who currently holds over 800 KOM titles across LA, look him up! Mr Sassquatch to the virtual cycling world is better known as Nicholas Brandt-Sorenson in real life. Brandt-Sorenson just pleaded guilty just one month ago to an LA court for supplying EPO and other performance-enhancing drugs to professional and ametuer athletes through a website he ran. Now the LA Strava community is in uproar over the scandal suggesting he himself continues to use these drugs to increase his performance even after he served a two-year suspension in 2011 for a failed drug test. Brandt-Sorenson has not offered his comment on the issue.

In the cyber world where Mr Sassquatch collects his crowns, users of the fitness app are rallying for a “name and shame” style execution of cheaters. But Strava has commented saying they can’t police the current issue of doping in their online environment. “We’re not able to judge the nuanced debate about how people used [performance enhancing drugs] and how that use improved times,” said Andrew Vontz, Strava’s cycling brand manager,

“Rather, the 7-year-old company points to guidelines issued in 2012 that say users should engage in “clean competition.”

Strava trusts the online community to play fair, but does rewarding a cheater a podium position on a public leaderboard suggest that Strava is turning a blind eye to the huge issue that faces cycling right now? 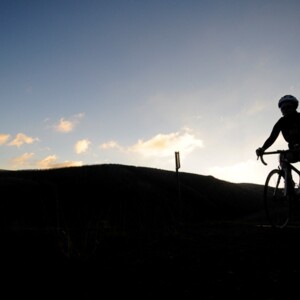 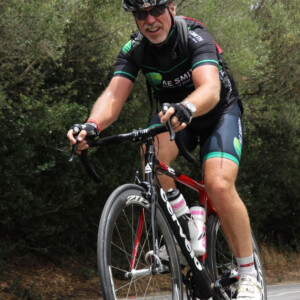