At age 53, and after nearly 40 years of smoking and limited exercise, Wayne Watt decided enough was enough. It was high-time to seek a healthier, more energetic lifestyle so he embarked on some major changes.

Now at age 57, and reflecting upon the past 4 years, Wayne said he took up endurance running. Within 2 years he completed 4 half-marathons, a full-marathon and a 56km ultra-marathon.

“This was thanks to a wonderful bunch of people known as the Southern Running Group,” he told Bicycling Australia.

“Without them I probably would not have started on my health journey,” he added.

After 2 years of running, Wayne started suffering serious heel pain. So, with the encouragement of some friends in the group, he bought a bicycle.

“That was March 2015 and I fell in love with the adventure of cycling,” he said. “I was slow and could not climb hills – as soon as the grade went up I’d have to get off and walk. In February 2016 I joined a cycling group and, with their encouragement, learned to climb hills without stopping. I’m still slow, but now I get up the climbs in one go.”

With his longest ride to date being 140km, Wayne’s next goal is a 200km ride.

Based near Adelaide in South Australia, Wayne regularly trains on the Zwift platform and has elected to take part in the Bicycling Australia ‘Faster In Four Week’s’ challenge. In doing so, he said he wants to “push himself harder”.

“I use Zwift frequently via a Stages power meter and Elite Digital Smart b+ trainer,” he said.

“I’m hoping to come out of this with more confidence in my abilities on the bike.
“I’d like to start vets racing, but don’t want to embarrass myself,” he added.

Proud owner of his Reid Falco Elite road bike, Wayne’s favourite rides are up Willunga Hill and across the range, or a cruise to the Outer Harbour.

We are thrilled to have Wayne Watt on board for the ‘Faster in Four Weeks’ challenge and we’d love you to also be involved. To do so simply download the free Zwift workout files from our original article here. Then load the files to the Zwift platform, select the workout, and get started. 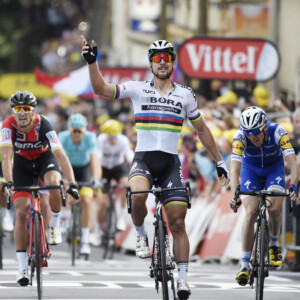