Campbell Flakemore of Team BMC has walked away from his WorldTour contract and called it quits on his cycling career after contemplating it for 18 months.

Flakemore, 23, hails from Tasmania and has been living in Nice, France for 12 months nearby compatriots Caleb Ewan and Nathan Earle, but said for the most part he was alone, ultimately confirming that he may not have been able to continue making sacrifices to be a top rider.

Flakemore also made a point that the WorldTour is not as glamorous as what it seems on the television, which he communicated to BMC Sporting Manager Allan Peiper in the later half of the year.

Earlier in2015 at the Tour Down Under, his debut into the WorldTour, he was involved in a cycling accident where he broke his collarbone whilst making his way back to the hotel in Adelaide, ruling him out of the race after dominating the second stage in the breakaway.

Flakemore has been commended by teammate Cadel Evans for having the potential to be a Grand Tour contender.

Flakemore returned to Tasmania two weeks ago and has said he is glad he isn’t too later to try something else.

Flakemore raced 31 days this year and finished his first WorldTour event at the Tour de Romandie. 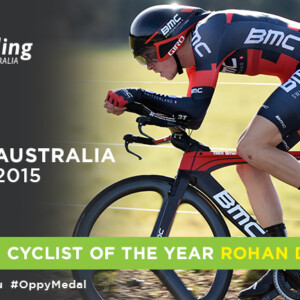