The Cycling Australia Oppy medal and trophy were announced on Friday night, recognizing the best performing Australian cyclists of the year.

Named after Sir Hubert ‘Oppy’ Opperman, the medal and trophy is the highest individual award and was given to Rohan Dennis.

Dennis was named the Elite Male Road Cyclist of the Year after an impressive 2015 season.

Taking out a hometown win at the Tour Down Under, Dennis continued to smash records by setting a new UCI Hour Record on the track, (which has since been beaten), set the fastest Individual Time Trial at the first stage of the Tour de France in Utrecht to become only the seventh Australian to wear the yellow jersey at the race. He went on to win the USA Pro Challenge and lead his BMC Team to victory in the Team Time Trial at the UCI World Road Cycling Championships in September.

Dennis was flattered by the award and said he did not expect to win it this early in his career. He has his sights set on the Rio Olympics in 2016.

The Elite Female Road Cyclist of the Year Award went to Katrin Garfoot after her consistent top ten finishes at the Oceania Time Trial Title.

View all the winners and nominees at the Cycling Australia website. 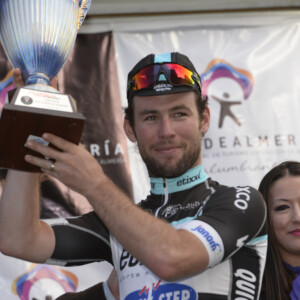