Search
Menu
Search
Cameron Meyer is one of Australia’s brightest young cycling prospects. Just 20 years of age, Cameron can boast 2006 Junior World Champion status for the Madison, individual pursuit and the team’s pursuit in Belgium. The same year he won awards for Australian Junior Track Cyclist of the year and Australian Junior Road Cyclist of the year. Since then he has represented Australia at the track World Cup in LA and the Track World Championships in Spain. In 2008 he has won the points race and the team pursuit at the Oceania Championships in NZ, the points race at the Track World Cup USA and finished first overall at the Tour of Japan. Cameron lives at Helena Valley in Western Australia and his aims include being picked up by one of the pro teams and representing Australia at the Olympic Games. We caught up with Cameron where he was hard at work training in Italy with the AIS squad. 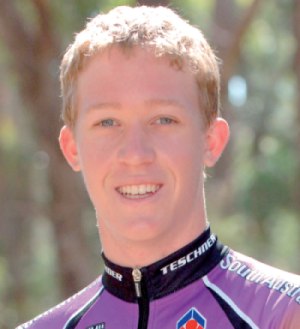 What is your earliest memory?
Breaking my finger on Christmas day on my new skateboard.
What’s your motto for life?
Go hard or go home.
What did you eat for dinner last night and who cooked it?
I had a chicken and vegetable salad. Peta Mullens (Australian rider from Victoria), cooked it for me so she had naming rights on it.
What would you choose for your last meal?
A massive Italian pizza with sausage, egg, ham, mushrooms, cheese, onion etc.
If you could be a famous person from history, who would it be and why? Martin Luther King Jr because of his great leadership.
What has been the best movie you’ve seen recently and why?
The Illustionist, because of the unexpected twists.
What is the last book you read?
Lance Armstrong’s second autobiography ‘Every Second Counts’.
If you were to be stuck on a desert island with just you and a cd player. Which three cd’s would you take?
Muscles, Eskimo Joe and Matchbox 20. 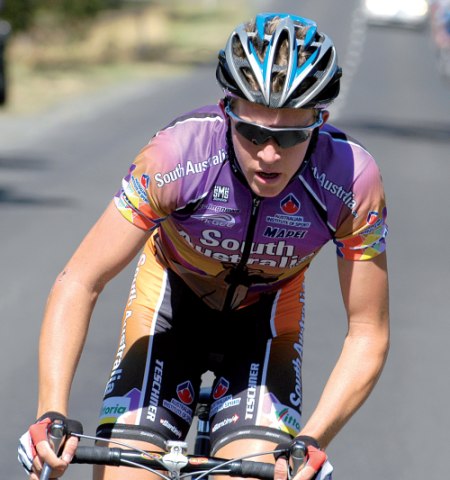