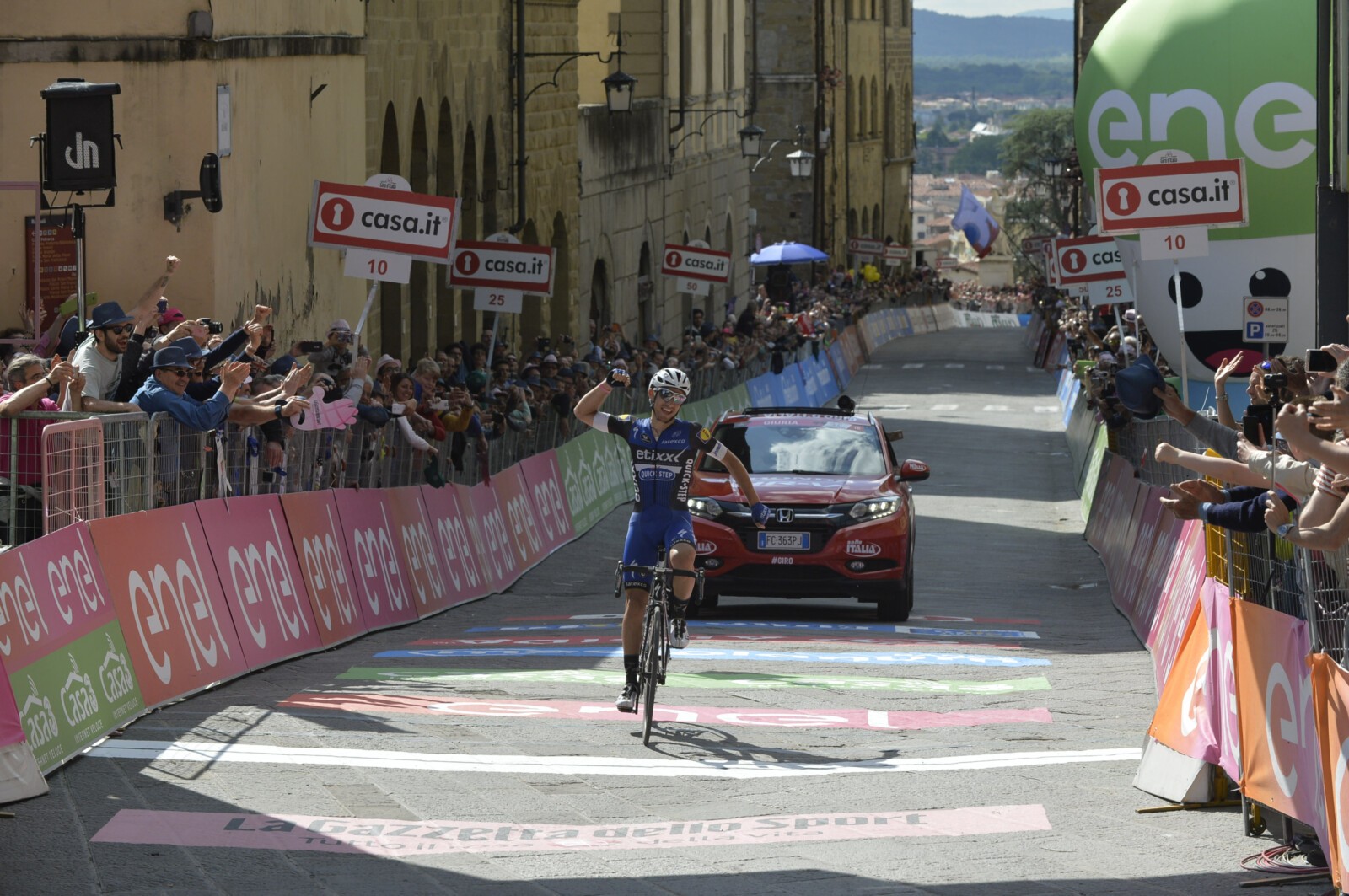 Another tough stage for the peloton in stage 8 of the Giro over the weekend. 186km laid in front of the bunch as they left Foligno when a few early moves drew a breakaway of 13 almost 5 minutes ahead of the main group. Riders would have to conquer the unsealed climb of the Alpe Di Poti as well. The eventual stage winner Gianluca Brambilla of Etixx-Quickstep was apart of the break that worked together throughout the day.

At the halfway mark panic struck the main peloton and split the riders between three separate groups with the GC contenders battling for their positions on the list.

A strong-looking Brambilla broke at the bottom of the final climb and finished with a minute buffer offer his remaining breakaway companions.

Alejandro Valverde (MOVISTAR) led a group of the favorites home that was 1 minute and 41 seconds behind Brambilla.

Tom Dumoulin the previous race leader had now lost his pink jersey and slipped down the GC list into 11th.

Marcel Kittel (ETIXX) 2-time stage winner and Maglia Rosa jersey holder has also made his exit from the Giro stating that he needs to begin to rest to be ready for the remainder of the season.

“I’m sad to leave the Giro. I really like the atmosphere I have found here in Italy and I love the support of the Italian fans, but now I feel like I need to recover after a long first part of the season,” Kittel said. “This year I kicked-off my campaign very early in order to come back after a very difficult 2015 and the season will be even longer than usual for me because of the Worlds in Qatar. It’s not every year that the sprinters get such an opportunity.

“Considering from where I came it’s very important for me to pay attention to my fitness level. The Giro has been a tough and demanding race so far, even in the stages book marked for the sprinters. Now I feel that I need to rest before the future goals of the season,” he also mentioned.

The final kilometres run downhill all the way up to 2km from the finish line, along wide and mainly straight roads, just bending slightly at points. 300m from the finish there is a final bend, nearly a U-shaped curve, leading into the old town centre and to the finish. The home straight is 180m long, on a 6m wide, flat asphalt road. 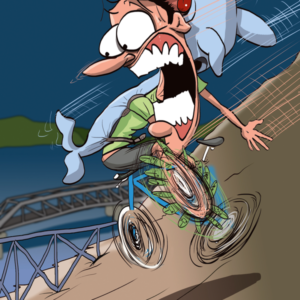 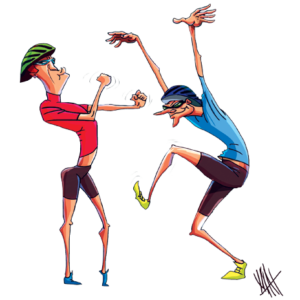