Cycling is often a very strenuous activity and as such it demands appropriate attention to nutrition. While the fuel requirement for your body remains fairly constant regardless of the season it’s important to understand the body’s need for electrolytes. Matt Hart discusses the effective management of your food and water levels when riding, indoors & out, through winter.

In basic terms, the word ‘Hydrated’ refers to the concept of being adequately ‘full of water’. Not a stomach full of water though, because the fluid won’t have entered your bloodstream yet – think of it along the lines of all your body tissues being bathed in a thin lubricated layer and you won’t go far wrong. If you car runs low on oil, it becomes less efficient and the same applies to your body when it becomes dehydrated… 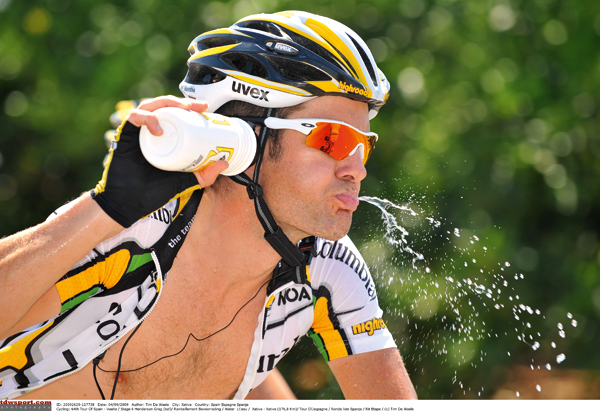 It stands to reason that during the winter months when the weather is cooler that sweat losses are going to be generally lower than in the summer, so you’re not going to need to drink as much, but don’t be ignorant enough to think that just because it’s cold, you’re not sweating. In many cases, a combination of high physical intensity levels and being overdressed can result in high fluid and electrolyte losses. Therefore, thermoregulation through the mechanical adjustment of clothing levels can be as big a guard against dehydration in the winter months as drinking more, so use your common sense.

With indoor training a popular winter pursuit, you will have to accept that these internal environments are artificial and will encourage perspiration rates well above those generated in the ambient outside atmosphere with added wind chill.

When all is said and done though, generally you’re going to sweat less in the winter than in the summer because of the cooler environmental temperatures and this is where we need to refer back to the other performance variable (fuelling) as discussed earlier. As well as ensuring adequate hydration, you need to be consuming around 60grams of carbohydrate per hour to fuel your performance. You could be beautifully hydrated, but if your glycogen (carbohydrate stored in your liver and muscle) stores run low, your performance will nosedive. 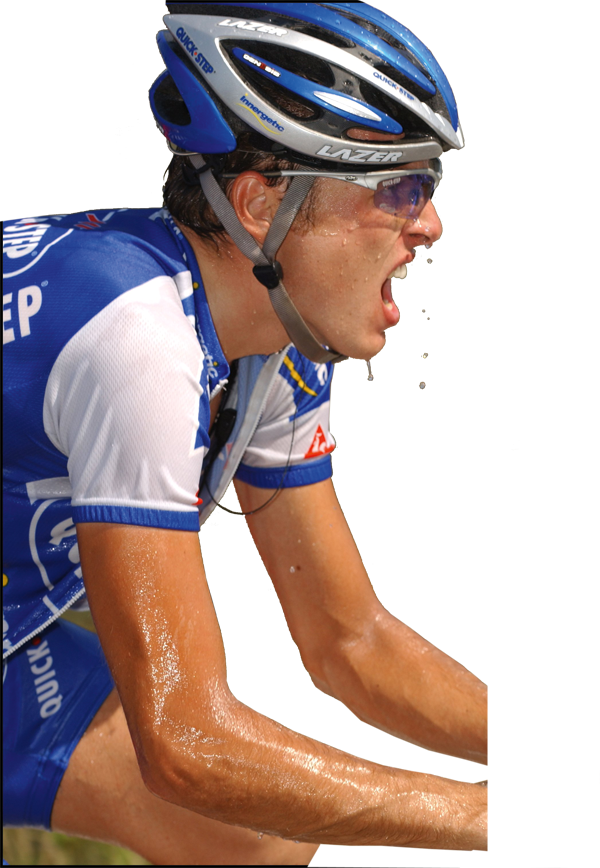 If you’ve been working hard on the bike and haven’t consumed any calories whilst riding, after 1.5 hours you’re really on borrowed time. The principle of effective fuelling is to provide around 60 grams of carbohydrate per hour through a feeding plan so that you’re supplying an alternative carbohydrate source to that stored as muscle and liver glycogen, effectively making these last longer and delaying the onset of fatigue. Every gram of carbohydrate you consume whilst exercising is a gram you’re not burning from your stores, it’s as simple as that. 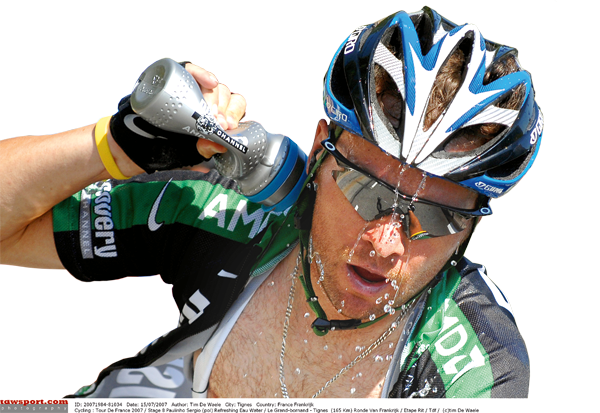 Hydration Just As Important During Winter

In the meantime, let’s get back to the subject of hydration. Water consumption is clearly an important part of the hydration protocol, but there’s also the subject of electrolytes. These are dissolved salts that are capable of conducting electricity, so are vital for muscle and neural (nerve) function. They also play a major role in maintaining fluid balance within the body. There are 5 electrolytes: Sodium, Chloride, Potassium, Magnesium and Calcium. The last one is less important than the other four and by far the most important are the first two and having electrolytes contained within your energy drink will offer the following benefits:

They help to replace electrolytes lost through sweating (in case you hadn’t noticed, sweat is salty). Sodium and Chloride help to maintain the volume of the blood and also help to transport nutrients into cells so that they can be used for energy production, tissue growth and repair. Potassium is present in much higher concentrations in the muscle cells than in the blood, so losses through sweating are much lower than with Sodium or Chloride. Potassium deficiency would typically be symbolised by muscle cramping. Low magnesium levels are linked to muscle fatigue and cramping too, but again losses through perspiration are less substantial than with Sodium and Chloride.

They prevent hyponatraemia. This is a rare condition that affects ultra endurance athletes and is also referred to as ‘water intoxication’. If you consume water-only or an energy drink without electrolytes over a long period of time, the combination of sodium chloride loss through sweating and the dilution of the remaining salts in the bloodstream with the fluid you’re taking in can cause headaches, cramping, loss of strength and nausea. If left unchecked, this could become quite a serious condition.
Research suggests that the following levels of electrolytes should be present per litre in an energy drink, so check yours:

For further comprehensive information on fuelling and hydration, visit www.torqfitness.co.uk/torq-fuelling-system or contact TORQ Australia on www.torqaustralia.com.au 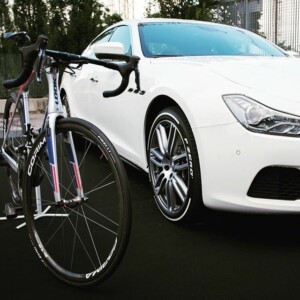 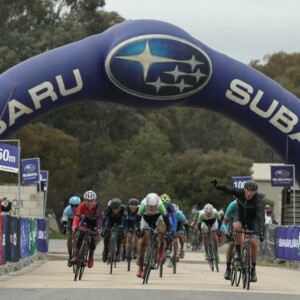