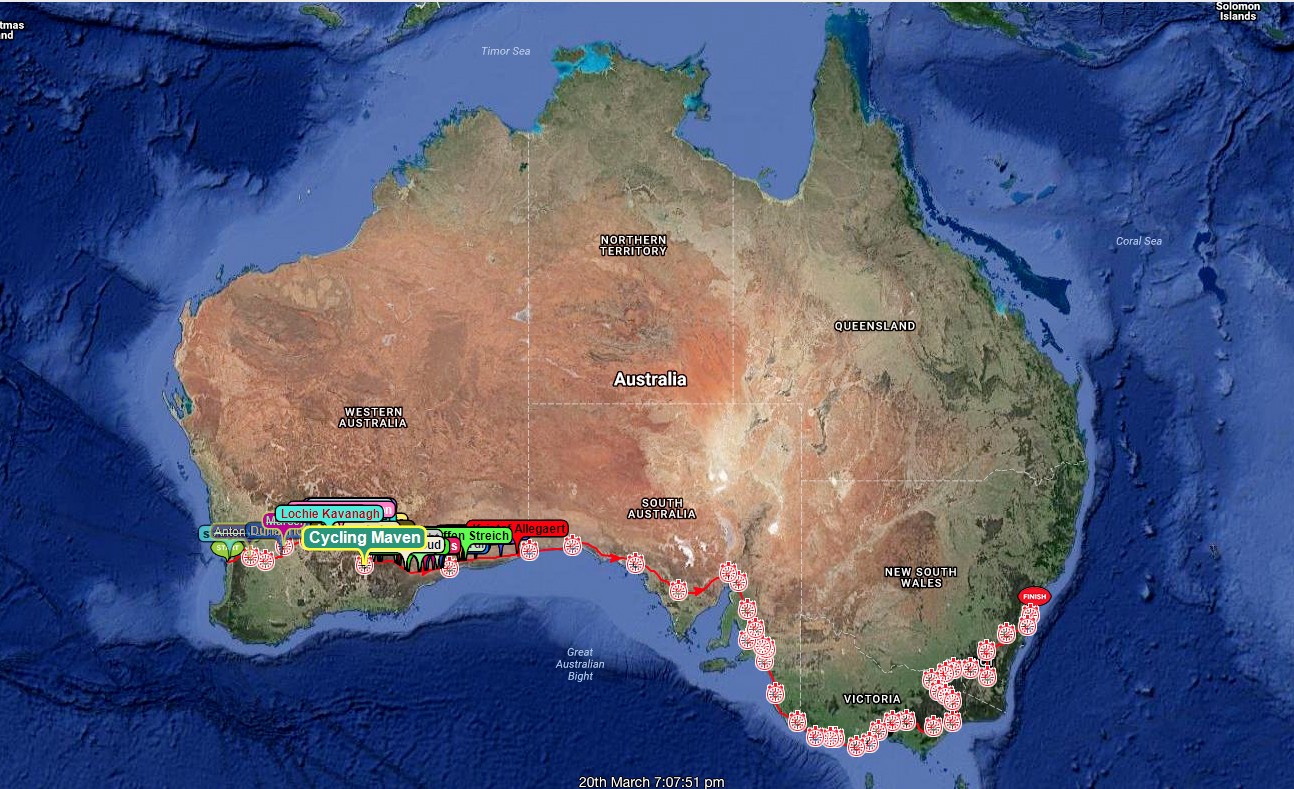 Tomorrow, Saturday, March 17th 2018, 53 riders will set out for the ‘official unofficial’ Indian Pacific Wheel Race, a ride across Australia after the official event was cancelled earlier this year.

The cancellation came 5 weeks ago, after organisers said more information had come to light about the potential outcomes of a coronial inquest being held following the tragic death of inaugural race competitor Mike Hall.

“As you’re probably aware, the matter of Mike Hall’s death is before the A.C.T. Coroner’s Court with an inquest likely to be held later in the year,” said organiser Jesse Carlsson.

Riding On In Memory Of Mike

“It is with an extremely heavy heart that we cancel the 2018 Indian Pacific Wheel Race (IPWR) with immediate effect,” he said. “That is, Dragon Face Pty Ltd will not be facilitating the riding of the IPWR in any way.”

Within days of the shock news, a group of riders, including many already registered to ride, decided they’d ride on regardless, albeit unofficially.

They’ll set of at 6.22am (Perth time) on Saturday morning, the same time ultra-endurance cyclist Mike Hall was killed on March 31 last year.

An unsupported and now unofficial ride across Australia, covering the same route of 5500km, riders will leave Perth’s outer suburbs, cross the Nullarbor, ride South Australia’s desolate coastal roads, head into the Victorian alpine regions and high country (where it was actually snowing during last year’s race), and finally pass Canberra before finishing at the Sydney Opera House.

From Cooktown To Perth To Sydney

Dale Tan is a 44yo remote area nurse based in Cooktown, Far North Queensland. No stranger to the loneliness of long-distance bike trips, well over a decade ago Dale rode solo from Cairns to the tip of Cape York aboard a mountain bike. This was back when the Peninsular Development Rd had more corrugations than a Colourbond factory, and Dale rembembers just about every single one of them.

Bicycling Australia spoke with Dale shortly after he arrived in Perth where he’s busily preparing for the 5500km ride back to the east coast, prior to a 3000km plane trip home.

“I’m doing the IPWR because it is my lifelong dream of crossing the Nullarbor and by doing it so on a push bike makes it more epic,” Dale told us.

All Part Of A Grand Plan

“In doing this ride will also get me closer to my bigger dream of circumnavigating the whole of Australia – I have covered most of the e east coast so far from Sydney right up Cape York,” he said.

After the IndiPac, Dale said he plans to ride the top end. “I’m looking forward to seeing this part of the country and the remoteness is second nature to me by now,” he said.

With a fleet of bikes in his shed at home in Cooktown, Dale’s chosen steed for the IndyPac is a Wiggle branded steel CX frame from England but born in Taiwan.

“I named her ‘Fifty Shades’ as the Reynolds 531 steel frame is coloured grey,” he said. “It is heavy but it gives me confidence that nothing much will break,” he said. “I sourced everything on the bike from Facebook bike markets and eBay. Running gear is a mix of Dura Ace, Ultegra and 105.”

With a 50×34 chainring up the front and 11-36 cassette, and with a ‘Road link’ derailleur extender, the wheels are 38mm semi-deep alloy by Specialized. Dale has chosen Continental Gatorskin tyres in 28c, and tubed. Brake wise, they are 160mm disc TRP hydraulic discs.

“I’m using a Specialized burra burra seat bag with a rear rack so I can load more weight in it,” he said.

“The frame bag is also a Specialized, the top tube bag is a Blackburn and handlebar bag is by Topeak. I am not running a dynamo as it is too expensive for me, so I am running AA battery powered lights as they can be readily purchased from almost all service stations.”

Navigation wise Dale has chosen a Garmin Oregon GPS and iPhone. Customised mounts have been improvised for lights and GPS on the 3T triathlon aero bars.

“I’m carrying 4 spare tubes and one tyre,” he said. “I have four bidon cages on the bike to be able to carry four litres plus more in back pockets.”

Andre Bastita is another rider to have recently arrived in Perth for the daunting challenge. This Sydney-based cyclist, who’s originally from Portugal, has been planning his IndyPac adventure for months. Andre recently shared photos of his bike along with comprehensive list of all items he’s taking, and says the entire setup weighs 16.7kg without water. Bicycling Australia will bring you highlights of the ‘official unofficial’ Indian Pacific Wheel Race – check back to our website for updates. 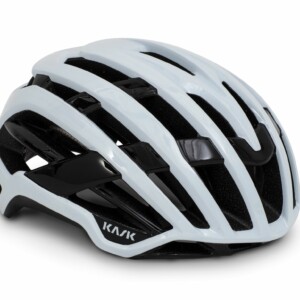 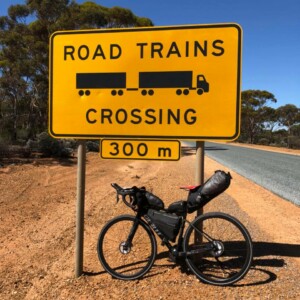