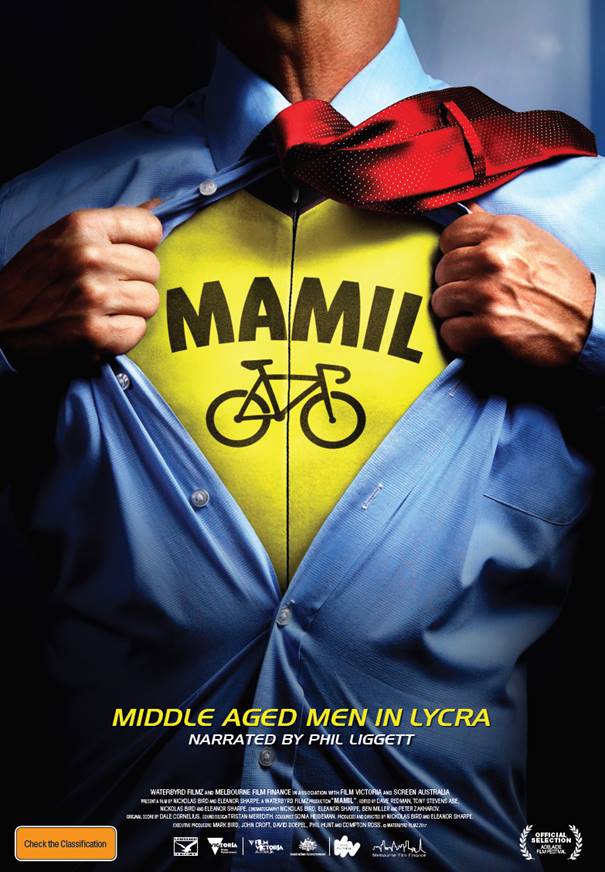 Cycliq, makers of the Fly6CE & Fly12CE on-bike cameras, are now Global Presentation Partners of MAMIL – the documentary exposé on the secret world of middle-aged men in Lycra.

Described as “witty, insightful, poignant and thoroughly entertaining”, MAMIL the movie brings to light important themes at the core of the cycling community such as road safety. Cycliq’s mission is to make cycling safer and improve experiences for all road users, making the new partnership with Demand Film an ideal fit.

Cycliq came to life four years ago when its co-founder Kingsley Fiegert was hit with a ball bearing fired from a slingshot while cycling in the Perth Hills. Injured and distressed, he started thinking about how something like this could be deterred in the future. After much research, hard work, and a successful campaign on Kickstarter, the Fly6 was born.

MAMIL is a feature-length documentary that enters the complicated world of middle-aged men in Lycra to uncover the reasons why they take to the road. Narrated by commentary legend Phil Liggett, MAMIL uncovers the world of the Lycra lifestyle and raises awareness of important issues such as mental health and road safety.

Chris Singleton, Chief Executive of Cycliq, said supporting a film that raises awareness of the issues that cyclists face every time they ride was an easy decision to make.

“Partnering with MAMIL is a great way to showcase our Fly range of bike cameras to MAMILs around the world,” he said.

Video: We Ride With The Fat Boy MAMIL’s

David Doepel, CEO of Demand Film, said the organisation is thrilled with the partnership and the innovative ideas the collaboration with Cycliq has produced.

“In particular, ‘mamilcam.com’,” he said. “This draws inspiration from the filmmaking style of the director Nick Bird, and gives the cycling public the chance to share their own video moments with the world. We also strongly believe that the film can create empathy and insight for the non-cycling community and fellow road users.”

MAMIL will be in selected cinemas throughout Australia, Ireland, New Zealand, UK and USA from Wednesday, 21st February. Tickets need to be reserved in advance at www.Demand.Film

Cycliq’s bike cameras are highly engineered with multiple safety functions to give cyclists peace of mind so they can enjoy their ride. The design emphasis focuses on four principal components: video; lights; battery; and utility. The video (with audio) allows users to record rides with the added benefit of audio whether for training, competition, travel or the daily commute. In the event of an incident, the cameras act as dashcams; recording all that happens for later viewing after the ride. The powerful lights are for increased visibility and safety.

Cycliq engineered the batteries to be small enough to support the compact design, yet last up to 8 hours — longer than most rides. The products are simple to use and durable enough to survive all sorts of weather conditions.

Cycliq’s aim is to produce a durable digital trip recording device for all cyclists at an affordable price. The long-term goal is to see bike cameras as an everyday piece of cycling equipment along with the helmet, sunglasses and water bottle. For further details visit www.cycliq.com

Demand Film brings you the latest films sourced from the best festivals and filmmakers around the world.

Simply choose MAMIL from the www.Demand.Film lineup and the team will help sort out the cinema, create your event page for online ticket sales, work with you on social media and handle all the logistics to ensure you have everything you need to make your screening a success. 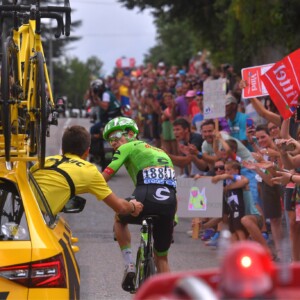 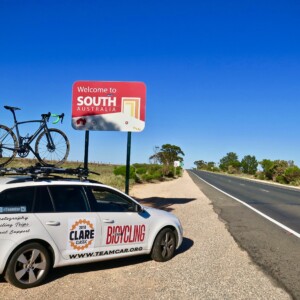