Lizzie Deignan became the first woman to win Paris-Roubaix Femmes on Saturday – the inaugural women’s race being battled out in wet, slippery and muddy conditions.

Deignan was lost for words after crossing the famous velodrome finish line.

“I feel very emotional,” Deignan said. “I don’t know, I am just really proud … I am just so happy. I cannot believe it happened.”

Deignan’s winning move was made on the first cobbled section of the day with 80km to go. 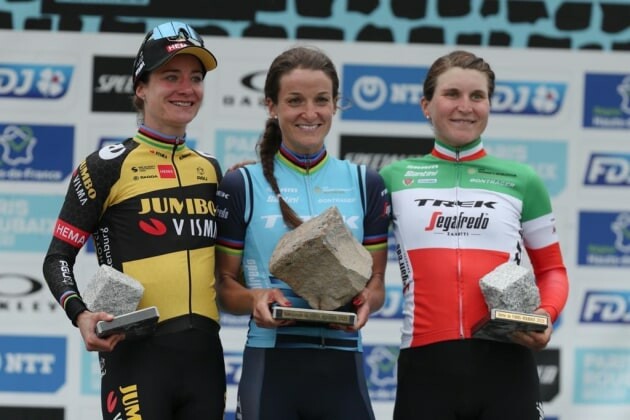 Lizzie Deignan with Marianne Vos and Elisa Longo Borghini on the historic day.

“At the start of the day we said, ‘You know the rulebook: anything can happen,’” Deignan said.

“And I thought well if at least I am there I can cover something. And when I looked behind no one was there, and I thought, ‘Well at least then they have to chase.’”

Deignan had a lead of up to two and a half minutes during the race, and was more than a minute ahead when she entered the famous  velodrome. Her name will now be added to the hall of fame by way of a traditional plaque inside the Roubaix shower block. 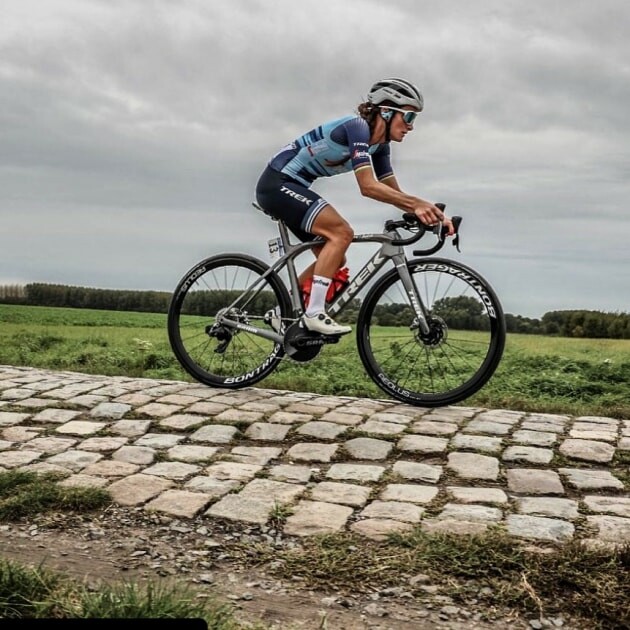 Lizzie Deignan on her way to the historical Paris-Roubaix Femmes victory.

31yo Colbrelli led Florian Vermeersch and Mathieu van der Poel over the line – both also riding their first ‘Hell of the North.’ 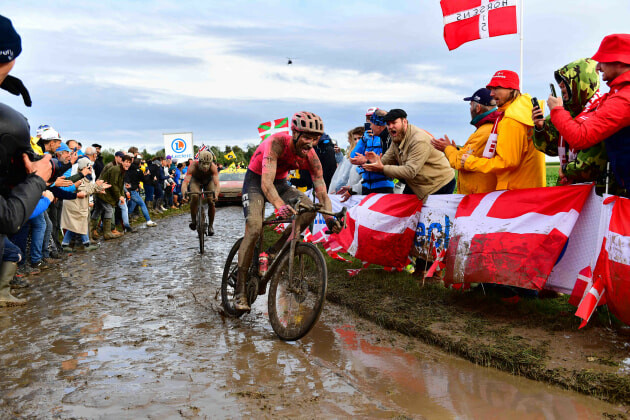 Riders battled atrocious conditions – it was the first wet and muddy Roubaix since 2002.

Raced in wet and muddy conditions – for the first time since 2002 – it was another Italian, Gianni Moscon, who looked to be in the box seat to win the race solo. However Moscon endured the heartache of a puncture, then crashed, and was subsequently robbed of his dream win.

“It was my first Roubaix, and I can’t still believe I won it,” Colbrelli said after the victory. “This morning I couldn’t think about a win. I started without any pressure, I just wanted to have fun on a race I always dreamt about. I felt well and better km after km. So I wanted to try to take my opportunity, attacking maybe a bit early, but I learned watching past editions that it was a good moment to try.”

“I worked well with Van der Poel,” he continued. “And I was lucky not to have any bad luck, any puncture or mechanical. I almost crashed a few times, but I was very focused to stay up. Then I gave everything that I had left to take the win. I’m speechless. I can’t believe I won the Roubaix. I want to dedicate it to my family, the whole team and my fans. It has been a fantastic season for me so far”.

Van der Poel entered the velodrome in first position. Vermeersch launched the sprint after the first passage past the line, but Colbrelli went through the middle to ultimately outsprint his two mud-caked rivals. 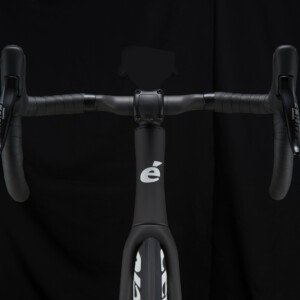