38-year-old Hayman of Canberra said Australians love the Aussie battler ‘and in some ways I’m that person.’ “The Oppy award is recognition from Australia that you are among the very elite,” he said in accepting the top-level award.

“It caps off a year of firsts for me and it is a privilege to be among the past winners.”

Victoriously winning the 2016 Paris-Roubaix – arguably the toughest single day race on the planet – it was Hayman’s 15th start of the iconic Classic.

Having spent the five weeks leading up to the 257km race recovering from a badly broken wrist – and preparing for the pave in his garage on a home trainer – Hayman beat race favourite and 4-time winner Tom Boonen over the line.

“Persistence. I still cant believe it,” Hayman said. “Coming back to Australia was quite an emotional roller coaster after winning that race. For some reason 2016 has been the culmination of my whole career, winning Paris-Roubaix and finishing the Tour have been dreams come true. My life has changed and my career has been validated in many ways. I feel more confident when racing, like the weight of having to prove myself has been lifted.

“I feel like all the riding I have ever done over all those years, all came together, it has also been a lot of fun,” he added.

Queensland’s Katrin Garfoot was awarded 2016 Female Road Cyclist of the Year at the Melbourne event.

2016 delivered her Olympic debut and it was a season that saw her claim six victories across the world including the national and Oceania titles and time trial bronze at the World Championships.

“I’m proud of placing third in the world, unfortunately in the Olympics I couldn’t pull off what I wanted to, but I’m still focused to achieve my goals and I’m proud to do it as an Aussie,” Garfoot said.

Anna Meares was awarded Elite Female Track Cyclist of the Year for a record ninth time in Melbourne last night.

“For me, I didn’t realise that winning that Bronze would mean I became Australian to medal at four different Olympic games,” Meares said. “I’ve had an incredible support network and congratulations to the other two nominees. I had been through quite a significant personal life, if it wast for the support from Francine and Garry I might have not gone to Rio.”

“We came so close in Rio,” said Welsford at the event. “It hurts with four years of racing coming that close. But now I’ve got fire in the belly and I’m determined to reach our goals and mentor the new generation on cyclists.”

The coach of the year award went to Peter Day who guided the Australian Paralympic cycling team to 13 medals in Rio along with four world titles at the 2016 World Championships. 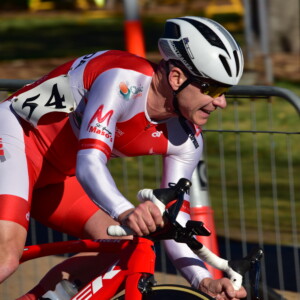 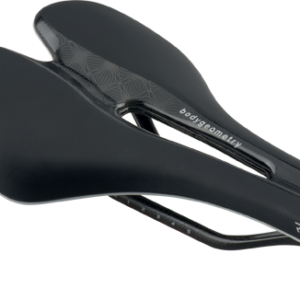