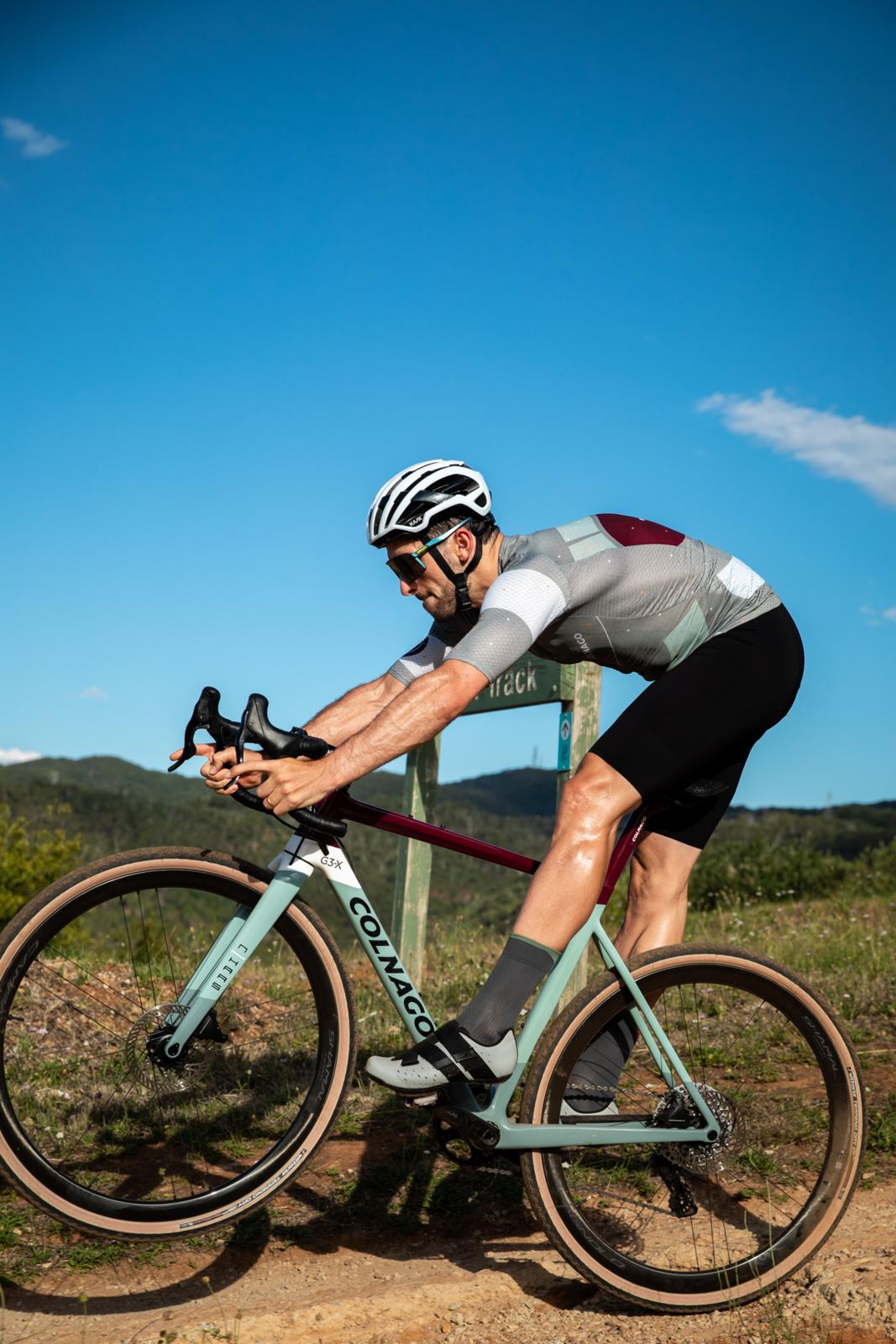 Popular Australian pro Nathan Haas is taking an entirely different approach to the 2022 season as he explains to us here.

Financial security, the full support of a close-knit team, a flawless track record and the comfort and stability of a contract would have to be up there as just about everything an aspiring professional cyclist could ever want.

Throw in some of the world’s best riders as teammates, appearances at the biggest races of the year and regular selection for Grand Tours, Classics and the World Championships and you’d be living every pro riders’ dream.

Over the past decade or so this has been the life of popular Aussie pro rider Nathan Haas, who’s ridden 7 Grand Tours, 12 Classics, countless other events and has amassed thousands of race days.

Comfortably contracted to French WorldTour outfit Team Cofidis, Haas had it all, but was itching for more. Disillusioned, to a degree, by the rigidity of road and the gruelling demands of the ever-evolving WorldTour, he became more and more mesmerised by the growth in gravel.

More events were coming online, the UCI announced the inaugural Gravel World Championships would be held in 2022 and the thirst for alternate racing was palpable—it was clearly obvious something big was brewing.

Boldly and respectfully announcing he’d be leaving not only his team but the WorldTour, Haas declared he’d now be riding for himself.

“After 10 years in the WorldTour, which every minute I’ve loved,” he wrote, “the seasons were all starting to feel a bit same same but different. My tru love for cycling has been morphing into gravel riding, and if there’s a legacy I’d like to leave it’s this—follow your passion.”

Practicing exactly what he preached, Haas told us the decision to leave the safety and security of a team wasn’t difficult at all.

“To be honest, it doesn’t feel like a decision. It’s just what i really want to do,” he said from his home in Girona.

“This isn’t retirement—it’s a change of format and discipline. The full-time training aspect of this riding is still there. If you look at the level of the guys racing in the States: Pete Stetina is doing 25 – to 30-hour weeks every week. The training level is actually really high.”

Haas said many of his former teammates, including Stetina and Boswell, were getting more out of their cycling and happier than ever after making the bold move to professional and full time gravel racing.

“Gravel is big enough now to have a career in it,” Nathan continued.

“By no means is it yet offering the career opportunities or money of road. But it’s new, it’s exciting and I really do think 2022 will be the starting point for the sport.”

“It’s also so individual,” he continued. “You know, at the 2021 World Championships, I was in Flanders racing for Michael Matthews to win the worlds. In 2022 I will be trying to win the gravel worlds myself,” he said, indicating gravel’s rapid evolution.

Asked about his 12 years on the road, and if any particularly highlight stood out thus far, Haas said it was hard to point out just one.

“To be honest, there are some obvious standouts, but my favourite career moments have been when I’ve been a part of really big wins,” he told us.

“Races like Liège–Bastogne–Liège, Lombardia, Grand Tour stage wins…there’s something really special in those.

“I don’t want to sound corny in saying this, but there’s a lot more to cycling than just winning,” he continued. “I think meeting so many amazing people from so many places has definitely been my highlight. I have some amazing friends from cycling, and for me one standout highlight would be the life opportunities and friends I’ve made through road cycling. In the end, it’s all just bike riding, and there’s a human side to it which is equal to—or more important than—the bike.”

A Migration Of Pros?

Nathan Haas and many other high-profile riders—including many of his former team mates—have made the move to gravel. So will we see more road professionals become gravel professionals?

“Well,” said Nathan, “If I list the riders who are doing gravel right now—it’s Ted King, who’s an ex-team mate, Lachy Morton, Alex Howes, Kiel Reijnen, Ian Boswell, Pete Stetina…these were all guys who were on Jonathan Vaughters’ Garmin team. They were an eclectic bunch of fun guys who also happened to be amazing
bike riders.”

Haas continued, and said that “back in 2012 pro cycling was coming out of it’s ‘icky’ era.”

“There was this fascinating phase where the lifestyle of cycling was looser, teams were made to be fun,” he said.

“Nowadays its a lot tighter. Now you’ve just about got to be living at altitude camps year-round. I was recently speaking with Dan Martin and he was talking about the reasons he retired. He said ‘dude, I’m 35yo and I’m weighing my f%^&king food.’

“Just the demands of being a WorldTour cyclist now—if you’re not living like a monk and almost without creativity, you can’t become the best cyclist or don’t fit the mould anymore.”

Haas said one of the major draw cards and attractions of gravel was the counterculture.

“It’s not that you take it less seriously, by no means, but I think it’s a format and a canvas for cycling where more creative and eclectic people can be,” he told us.

“And that space is really fun and exciting,” Haas continued. “These guys over in the States were definitely the trailblazers for me—pardon the pun.”

Firmly believing in the growth of gravel, he said in the next year “there’s going to be 10 Nathan Haas’s moving across from road to gravel.”

“And the year after that, another 20,” he predicts. “And I think the gravel scene is going to become really really huge.”

But if gravel does continue to grow so rapidly, will it still remain a niche?

“It is growing fast, and I do hope it doesn’t lose its flavour and flair because of that,”
said Haas.

One great irony is the fact that gravel was around long before road, but is absolutely booming more than a century later. Nathan agreed and said while there was a lot of history involving gravel racing, that was also to do with the fact the roads were predominantly unsealed back then.

“Is the sport doing a full circle?” he asked rhetorically. “I don’t think so, because it’s still a lot different to what they were doing. That was still Grand Tour format, they had teams—whereas nowadays gravel doesn’t have teams but individual riders. We call ourselves pioneers—maybe we are in that pioneering period and maybe it will eventually become more commercial with teams involved. It’s evolving, and it’s a space I’m going into with eagerness and a desire to learn.”

However the sport evolves, Nathan believes gravel racing will will become more international.

“Right now it’s very North American-centric,” he said. “One of my goals is to build up the legitimacy of European racing by winning races here and winning in the States. I want people to realise that winning here in Europe is damn hard. I also hope to see gravel grow in Asia
and Australia.

“I was recently speaking with Karen Jones who told me they are starting a gravel race in Warrnambool, which is great news,” he said. “I feel Australia is behind the eight ball a lot of the time with cycling fads, as you can call them.”

Haas said illustrated the point of the potential of gravel in Australia well.

“When you look at the country as a continent, it is basically a big piece of gravel,” he said with a laugh.

And the future of gravel? Nathan sees mass participation events one of the key drivers and more popular entry points into the genre.

“The participation-style races will takeover and there will be the guys at the front trying to win those races,” he said. “But gravel’s not about the guys like myself trying to win bike races. It’s about everyone feeling safe and welcome—it’s really inclusive sport. I think the future of gravel is that more people end up doing it in more places.”

“Instagram is probably my most active forum, plus Twitter,” he told us. “I also have a podcast called the Gravellog. It’s a gravel-specific podcast where we do a lot of interviews and story telling. The second season is dropping soon, and that’s going to be good fun.

“Riders can message me on Instagram—if anyone sees me around there neck of the woods and wants to ride some gravel, I would love to ride with anyone into the future. That’s my favourite thing about gravel: meeting new people, riding new places and sharing each other’s secrets on the trails.”

His Own Team Manger & More

On becoming a privateer, Nathan will not just be the only rider in the team, but will also manage every aspect of it as well. We asked him how the business side of Team Haas may pan out?

“It will be tricky,” he said with his usual raw honesty. “I’m on the phone everyday on the business side. There’s a lot of planning and agreeing with partners on expectations. The business side never stops—I have a lot of things I have to deliver. It’s a lot of work, but at the same time it’s a lot of fun because it’s your work, your plan—it’s not hard to wake up in the morning when it’s something you want to do. It doesn’t feel like a task, but it is a lot of work.”

Did you enjoy this article? Have your say in the comments section below. 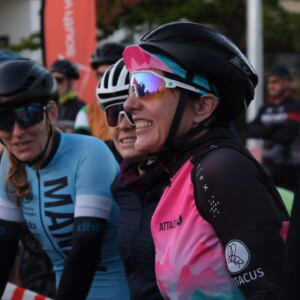 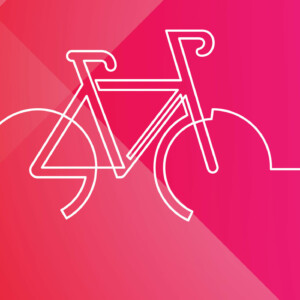