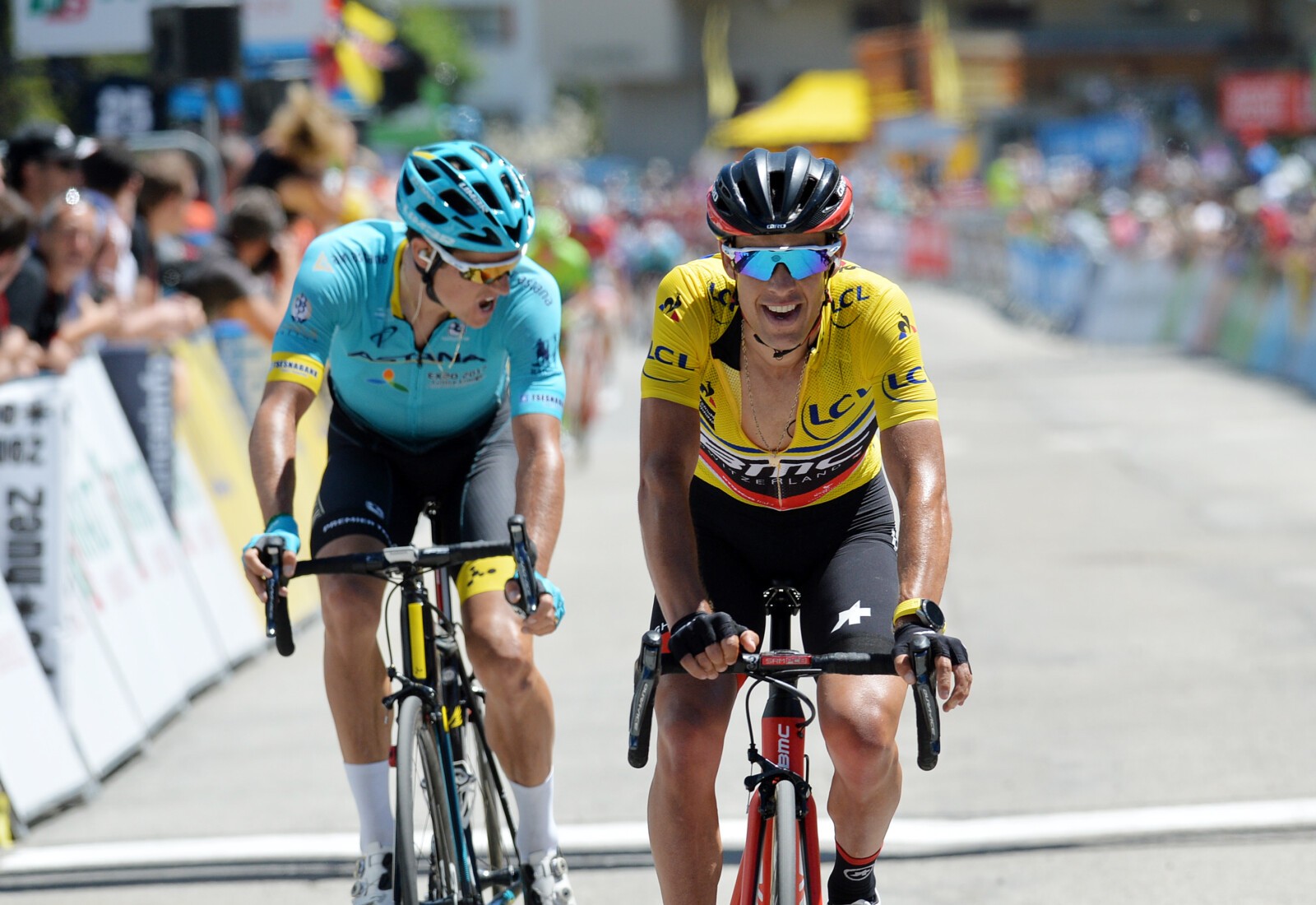 Richie Porte has lost the overall lead of the Criterium du Dauphine with Danish rider Jakob Fuglsang securing the final stage and victory thanks to a 10-second time bonus.

With four tough climbs on the menu, including the final Plateau de Solaison summit finish, Porte’s rivals attacked him on the ascent of the Col del des Saisies and from there it was a battle for Porte to hold onto his race lead.

In the final 40km Porte was chasing at just over one minute back with Jakob Fuglsang (Astana Pro Team) and Dan Martin (Quickstep-Floors) leading the race up the final Plateau de Solaison climb.

Porte was gaining time and slowly started to catch the riders in front as Fuglsang dropped Martin and went clear to take the stage win. Porte was chasing the 1’15” advantage that he started the day with over Fuglsang and finished exactly 1’15” back on the stage.

The ten second time bonus Fuglsang scored in the stage win meant he edged Porte off the top step of the podium, and Porte was forced to settle for second place.

Although disappointed to lose the yellow jersey on the final day, Porte said the result showed he was well-placed for the Tour de France.

“It’s bitterly disappointing to lose it by such a small margin but credit to Jakob Fuglsang,” said the Tasmanian.

“I think I was up against it from KM0 as it seems there were a few guys who preferred to see me lose the race and they lose their podium as well. I don’t know what you can really learn from a stage like that. I guess that’s racing but bring on July.”

“I found myself in a position with no teammates, isolated. I could have done with a couple more teammates up there today. It was me against everyone there for a little bit. You don’t forget that for July. It was a solid race. I’m happy for Jakob, he’s a great rider,” said Porte.

“I can definitely take confidence out of the race in general. I know my form is there and of course it would have been nice to finish it off today, but it’s definitely good signs for the Tour de France.”