Ever heard the saying ‘you’re never to old to ride a bike’? 104-year-old cyclist Robert Marchand is living proof of that.

Researchers from a French university have been analysing the performance of a number of people aged 100 and above who actively participate in various sports.

Romuald Lepers and colleagues from the University of Burgundy in Dijon, have spent months assessing centenarians in athletics, swimming and cycling. Their objective – to gauge how ability declines as the athlete ages and compare those findings across different sports.

The good news, for bike riders at least, was the result. One of the athletes included in the study was 104yo Robert Marchand, a French cyclist who is well known for his endeavours and records over the years. Marchand is current world record holder for completing 26.99km in 1 hour on the track, a feat achieved when riding the 100-104 age division in France in 2015.

Using Marchand’s hour record time against Sir Bradley Wiggins, the Frenchman rode at 50.6% of the speed of the Olympic Gold medal winner. Then, comparing a centenarian runner Donald Pellman against none-other than Usain Bolt, they found Pellmann, had a 64.5% decrease in performance compared with Bolt.

Going on to compare other centenarian athletes against younger world record holders across a number of disciplines, the 100-year plus athlete who showed the least amount of decline was cyclist Robert Marchand.

According to researchers, peak performance amongst athletes can be maintained until 35 to 40 years of age. After that, output generally decreases by 10 to 15 per cent per decade. But for cyclists the rate of fall-off in performance can be more gradual.

“Marchand has exceptional muscular and cardiorespiratory function compared with other people of his age,” said Lepers.

“His performance corresponds to an age-related decline of less than 8 per cent per decade for more than 60 years.”

“Our study shows that in some disciplines the decline is less pronounced,” he said.

“Running and swimming performances tend to plummet, for instance, whereas throwing and cycling abilities tend to decline more gently.”

Respected as he is in France, Marchand even has a col named after him. A 10km long, 911m pass in the Rhone Alpes was renamed Col Robert Marchand in 2011. 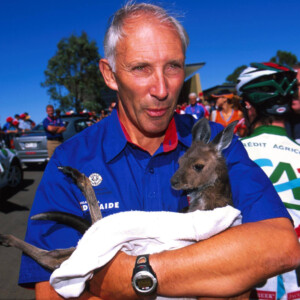 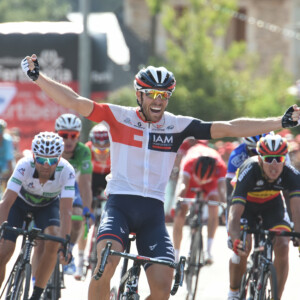