Richie Porte has won the 2017 Santos Tour Down Under after a thrilling final stage raced in hot conditions through Adelaide’s spectacular city streets.

It was Porte’s first-ever Tour Down Under win, after twice coming second in what is the first race on the WorldTour calender.

“I had a good break and I came here fresh, physically and mentally,” he said after the big win.

“It was a dream for me to win this race. It’s incredible to come back here and win the Santos Tour Down Under after being so close in the last two years. I owe each day of racing successfully here to my team-mates. They took me to the line every day and it’s a massive credit to them.”

In one of the closest of his previous three stage victories this week, Aussie sprint sensation Caleb Ewan narrowly beat dual World Champion Peter Sagan to cross the line first under the deafening backdrop of a roaring crowd.

“I can’t believe it,” he said after the win.

“Coming to this Tour I joked with my girlfriend saying that I’d win four stages and I’ve done it but I didn’t believe I would with the level of sprinters that are here. Maybe Sagan isn’t in his best form but he’s still the world’s best rider at the moment (and) it’s been great having him here. All the people love him. The World Champion racing here, it’s fantastic.”

Despite some nervous moments including a quick bike change due to a faulty front brake, that plan came together like clockwork. With bonus points up for grabs in the intermediate sprint, Sagan led his teammate out with copybook precision, McCarthy crossing the line, earning the points and moving to virtual third.

“Today we are riding for Jay (McCarthy),” said Sagan before the stage. “I am very happy… I am getting my condition back, and it’s been a good week of racing.

“This is a very nice race, it is very organised, and I am glad I am here,”

23yo McCarthy said it was a tight equation but he had the world’s best on his side.

“I had a great team leading me out for that intermediate sprint today. who better than the World Champion for the job? It’s a great honour. To make the podium was my goal for the week. At the beginning of the race, people were questioning why I was going for the time bonuses, when there are other places to make a difference, but I always knew the podium would be decided by seconds.”

The UniSA-Australia national team led by the experience of Cameron Meyer secured the Team Classification after continually consistent performances through the week.

“We came here at the start of the week without a plan to go for the team classification but after Paracombe (Wednesday), it was possible, and we just smashed it all week.”

The most Competitive Rider of the stage was awarded to New Zealander Jack Bauer for his solo efforts in the final laps of the race. As much as the crowd willed him on, and as good a solo win would have been to witness, he was caught by the peloton on the penultimate lap.

2017 Tour Down Under Stage 6 Results Summary 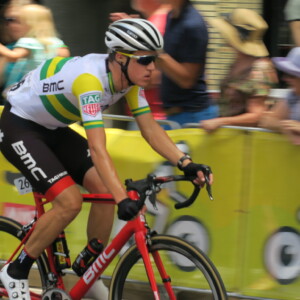 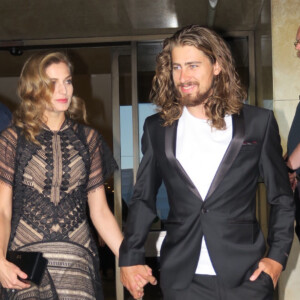