Aussie fast man Rohan Dennis won his third WorldTour Time Trial of the year last night when he took Stage 2 of the Eneco Tour in Holland.

One of the early starters of the flat and fast 9.6km course, he clocked a winning time of 10’48” to win not just the stage but also the overall leader’s jersey.

“From what I saw from my side, it was as close to perfection in a time trial,” said Dennis after the podium presentation.

“I took all the risks and kind of crossed my fingers ever time I went through a corner. But it worked out. Today was as quick as I could go.”

Rohan Dennis said it was fantastic to win a stage and even better to take the lead.

“It’s going to put pressure on the team to perform every day but we’re here to win with either myself or Greg Van Avermaet. The team time trial will be another big day for the GC, so it’s just about making sure we all stay up front and don’t lose time each day. I think the Limburg stage and the final stage are also big concerns for the GC.”

With the World Championships in Doha next month, the Qatar TT course will be similarly fast and flat. Dennis said his latest win was a step in the right direction just weeks out from the Worlds.

“Today’s performance was good for confidence when it comes to Qatar,” he said.

“I was a little bit worried before coming here. I thought that maybe because I’ve lost weight since Rio, maybe I’ve lost that raw power that I had when I was a couple of kilograms heavier. It’s flat, there’s corners here in the time trial and it was all about who had the most power today so that’s a good indication for Qatar, considering that’s going to be 100% flat.” 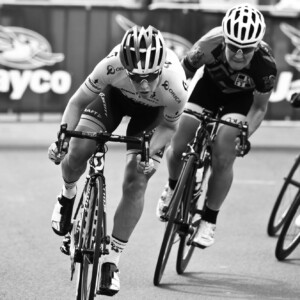