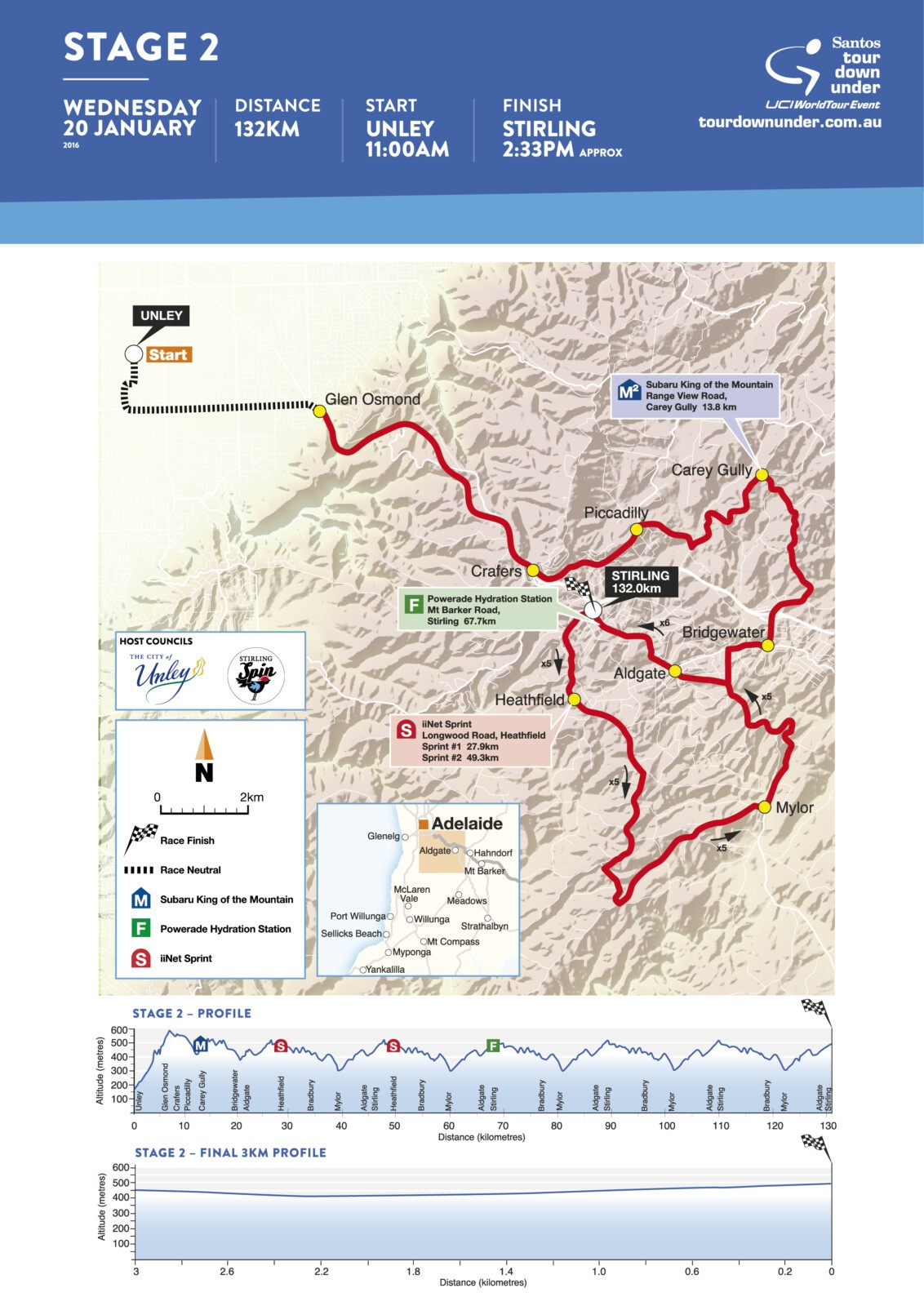 It’s the same start and finish from the equivalent stage in 2015. But a different route that’s pretty much up and down all day. The peloton will make its way immediately into the Adelaide Hills, following the South Eastern Freeway and Mount Barker Road towards Crafers before winding its way to the day’s KOM on Range View Road at Carey Gully. From here it’s south through Bridgewater and the start of five undulating loops taking in Aldgate, Stirling, Heathfield and Mylor before the finish in the township of Stirling itself.

Caleb Ewan will wear the Ochre leaders jersey today, Gougeard in the iiNet Sprint jersey and Sean Lake in the Subaru King of the Mountain jersey. 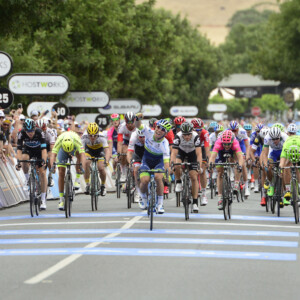 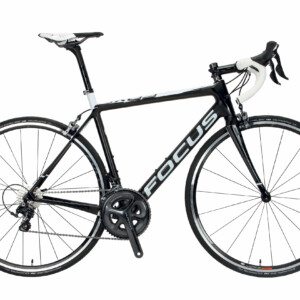