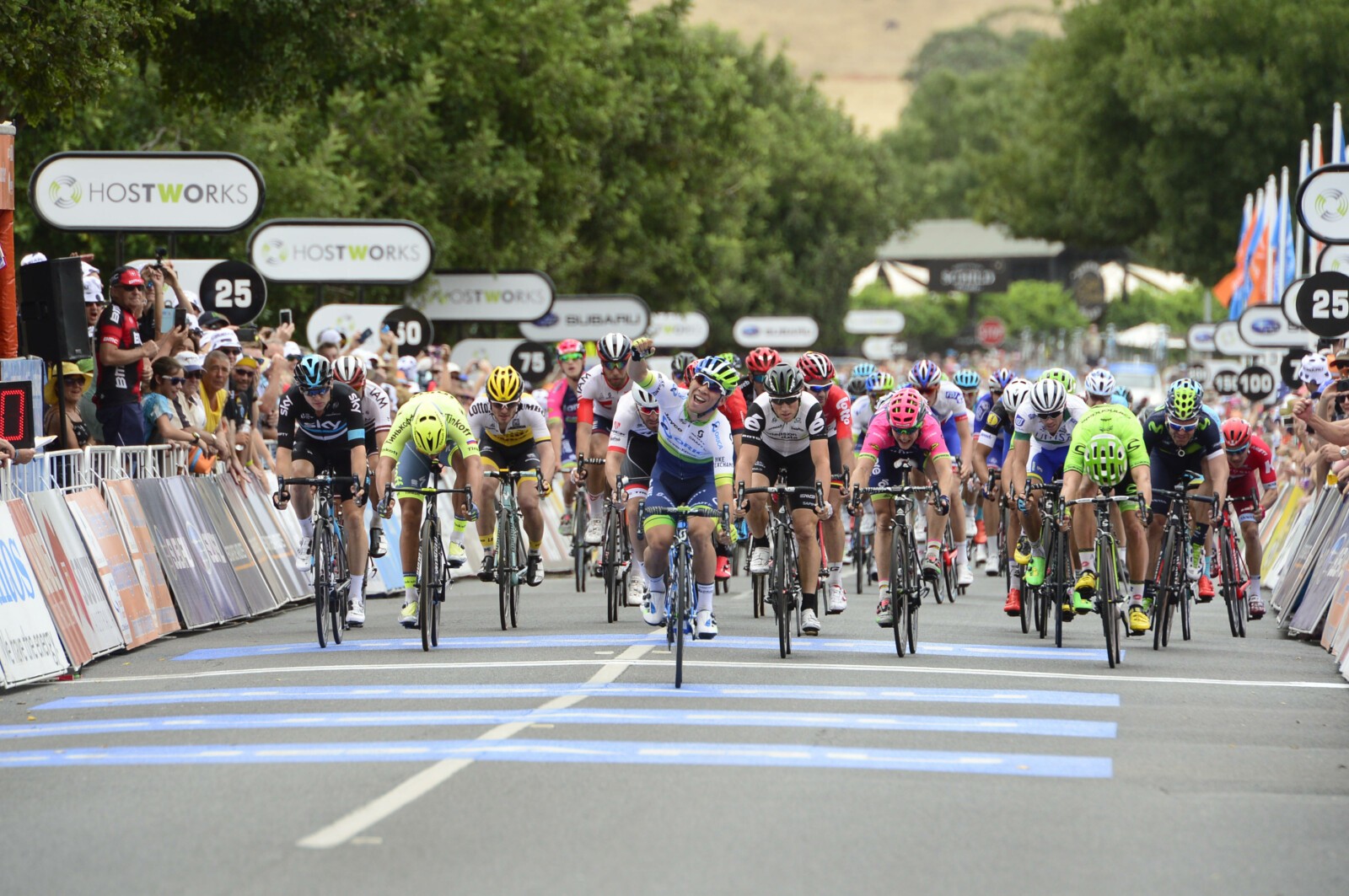 Well, what a successful start to racing for the UniSA team

These three riders then continued to lead in a break away that had an advantage of up to 2 minutes at some stages of the race.

Temperatures headed upward of 30 degrees for the entire race and would have been on everyone’s mind.

Both of the iiNet sprints were won by Gougeard, who also won the Most Competetive Rider Award for the day.

With about 42km out from the finish after the 2nd iiNet sprint Keizer dropped back to the peloton whilst Lake and Gougeard maintained a lead of over 30 seconds.

Then with only 30km to go Gougeard also returned to the bunch, leaving Lake solo for the last lap of the Lyndoch to Williamstown loop.

Michael Hepburn (OGE) managed the front of the peloton for quite a while until he got a flat within the last 20 kilometres. AG2R La Mondiale, Lampre-Merida and Astana began to work to catch Lake with only 6km to go he was caught by the peloton.

The wind was playing a factor in tactics toward the finish line as no one wanted to be exposed on the front.

The last kilometre was heavily contested up the line but Caleb Ewan (OGE) bided his time until he needed to attack, following the wheel of Mark Renshaw (DDD) but Ewan has far to much power for anyone to match from the WorldTour peloton.

Caleb Ewan will wear the Ochre leaders jersey tomorrow, Gougeard in the iiNet Sprint jersey and Sean Lake in the Subaru King of the Mountain jersey.

Here is the top ten final results of Stage 1. 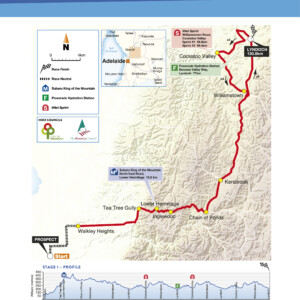 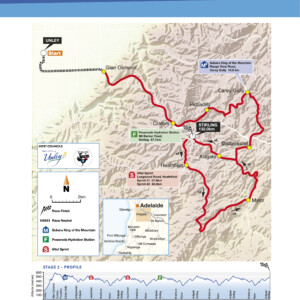