Deceuninck-Quick Step ‘Wolfpack’ rider Julian Alaphilippe powered to a thrilling solo victory at Stage 3 of the Tour de France overnight, the Frenchman holding his lead for 16km and going on to secure the yellow jersey.

Aussie Michael Matthews put in the next most scintillating effort, the former Canberran beating an all-star chase group across the line to claim second on the tough 215km stage.

In front of the Reims cathedral with 69km to go, the deficit of the peloton was below two minutes with Jumbo-Visma and Deceuninck-Quick Step still at the front. The breakaway riders swapped turns efficiently until Wellens attacked with 48km to go before the climb of Nanteuil-la-Forêt. 30km before the end, as the French quartet was brought back by the pack, the advantage of Wellens was 1’50’’.

Julian Alaphilippe on a classics mode

Wellens was caught by Alaphilippe at the top of the côte de Mutigny with 16km to go while he had a flat tyre so the Frenchman continued solo. Alaphilippe made a stinging attack on the ascent and went clear of the peloton. The team worked strongly at the front of the bunch in an attempt to bring it back together and set up Michael Matthews for the finale, but Alaphilippe held on for the stage win.

Strong Second For Matthews
Michael Matthews said his Sunweb team mates kept him motivated and brought him back to the front to keep him in the race prior to the finale. “It’s unfortunate that Alaphilippe stayed away because my sprint was really good,” he said. “I really gave it everything I had to the finish. Today is a confidence booster for us going forwards.” 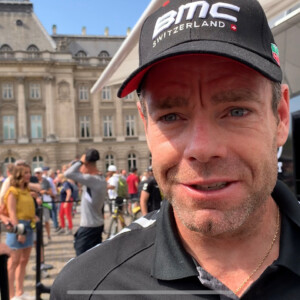 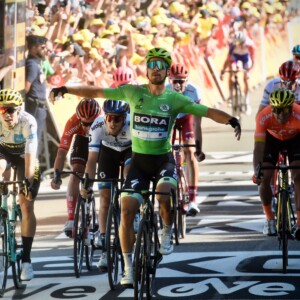