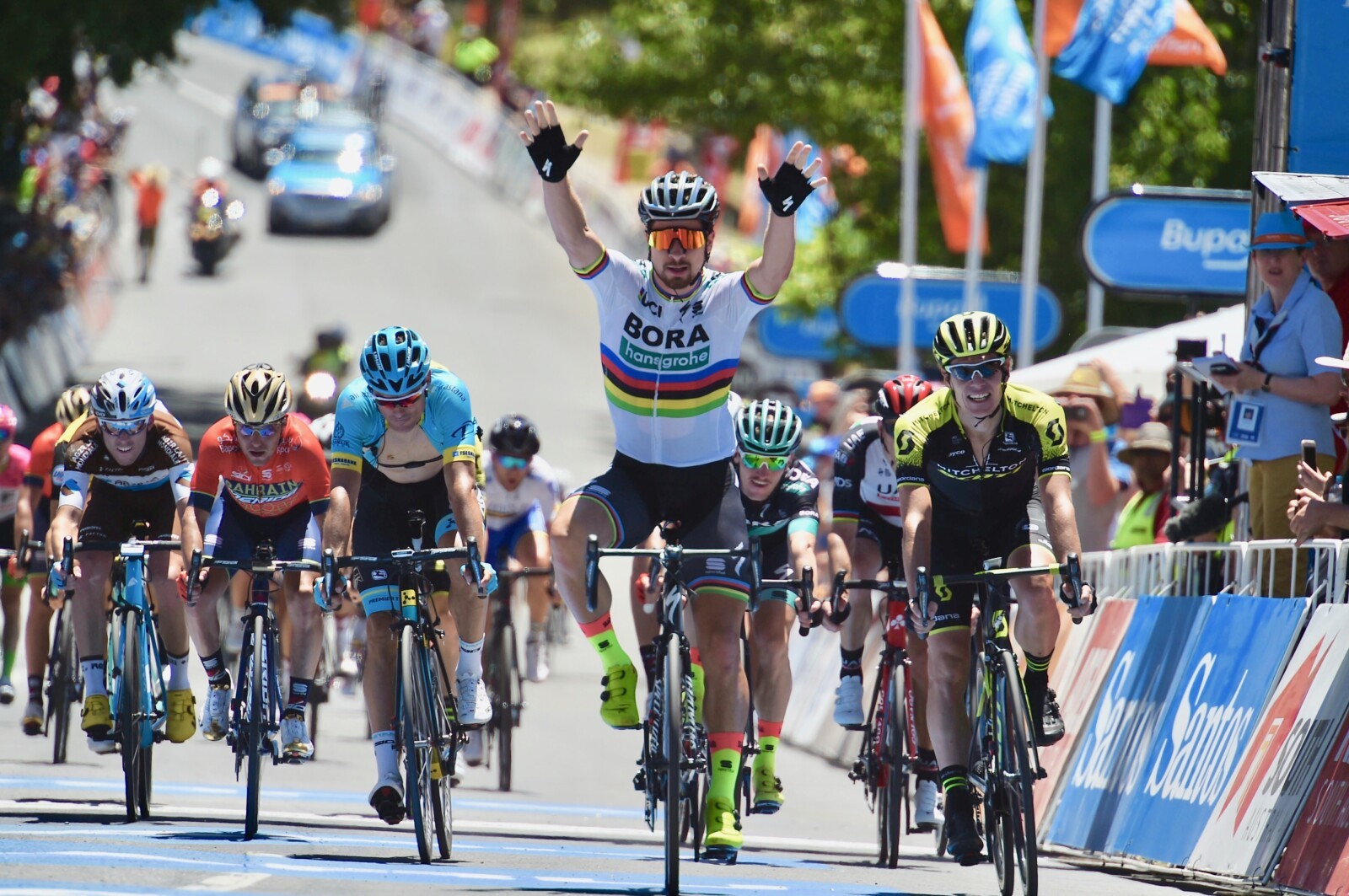 As we count down the weeks before the 2019 Santos Tour Down Under we take a look back at the highlights of the 2018 event.

Peter Sagan’s astonishing all-round abilities continue to amaze, the three-time world champion enjoying a magnificent victory at Stage 4 of the Tour Down Under in Uraidla.

Sagan rocketed across the line at the end of a thrilling 128km stage that started in Norwood an hour earlier than scheduled to account for the heatwave conditions. Regardless of the time change the temperature was over 35 degrees at the start and topped out at 45 degrees on course.

With the route taking in Adelaide’s most famous ascent, Norton Summit, all eyes were on the lead group of 35 riders that crested the climb and together embarked on a fast and twisting descent to the finish line in Uraidla. Breaking free of the bunch, Sagan put on one of the electric displays he’s become famous for, at one stage going solo off the front before being reeled in by overall favourite Richie Porte.

But Sagan was clearly focused on the win, the World Champion again surging free of the bunch in the closing metres of the stage to enjoy his first-ever Tour Down Under stage win and also slipping into the ochre leader’s jersey.

“I already won the opening criterium (People’s Choice Classic) but it’s nice to grab my first stage of the Santos Tour Down Under,” he said. “It’s very good for the organisation and very nice for the fans to have a different stage winner every day.”

“Tomorrow will be again another story,” he continued. “I’m in the ochre jersey now but we all know we are racing here for Jay McCarthy. It’s his home race. He’ll have a much harder climb than today to have his say tomorrow.”

Can Richie Make It 5 In A Row On Willunga?

All eyes will be on Stage 5 of the race tomorrow as the peloton return to the legendary Willunga Hill. With 33 riders within 14 seconds of each other on the leader board it’s sure to be scintillating racing.

Willunga has been won by Tasmanian Richie Porte for the past four editions and last year it cemented overall victory for the BMC Racing team rider who finished today with the lead group despite feeling less than 100 percent.

“I didn’t feel good today, I felt a little bit sick overnight and I had a pretty rough day,” said Porte. “Just a bit of a tummy (upset),  it could be the heat, it plays havoc on your body.”

But regardless of how he was feeling Porte wouldn’t have been making the pace today.

“Obviously you could see nobody really wanted to take the lead (and) I don’t think it was up to me,” he said.
“Hopefully tomorrow we can recover, and Rohan (Dennis) and I can have another good day,” Porte explained.  “(Willunga) is not a terribly long climb, and Sagan is on such good form, so he is also a danger.” 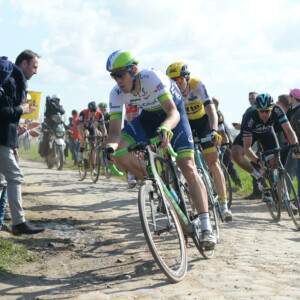 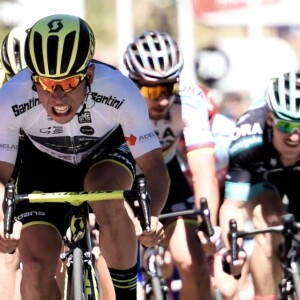