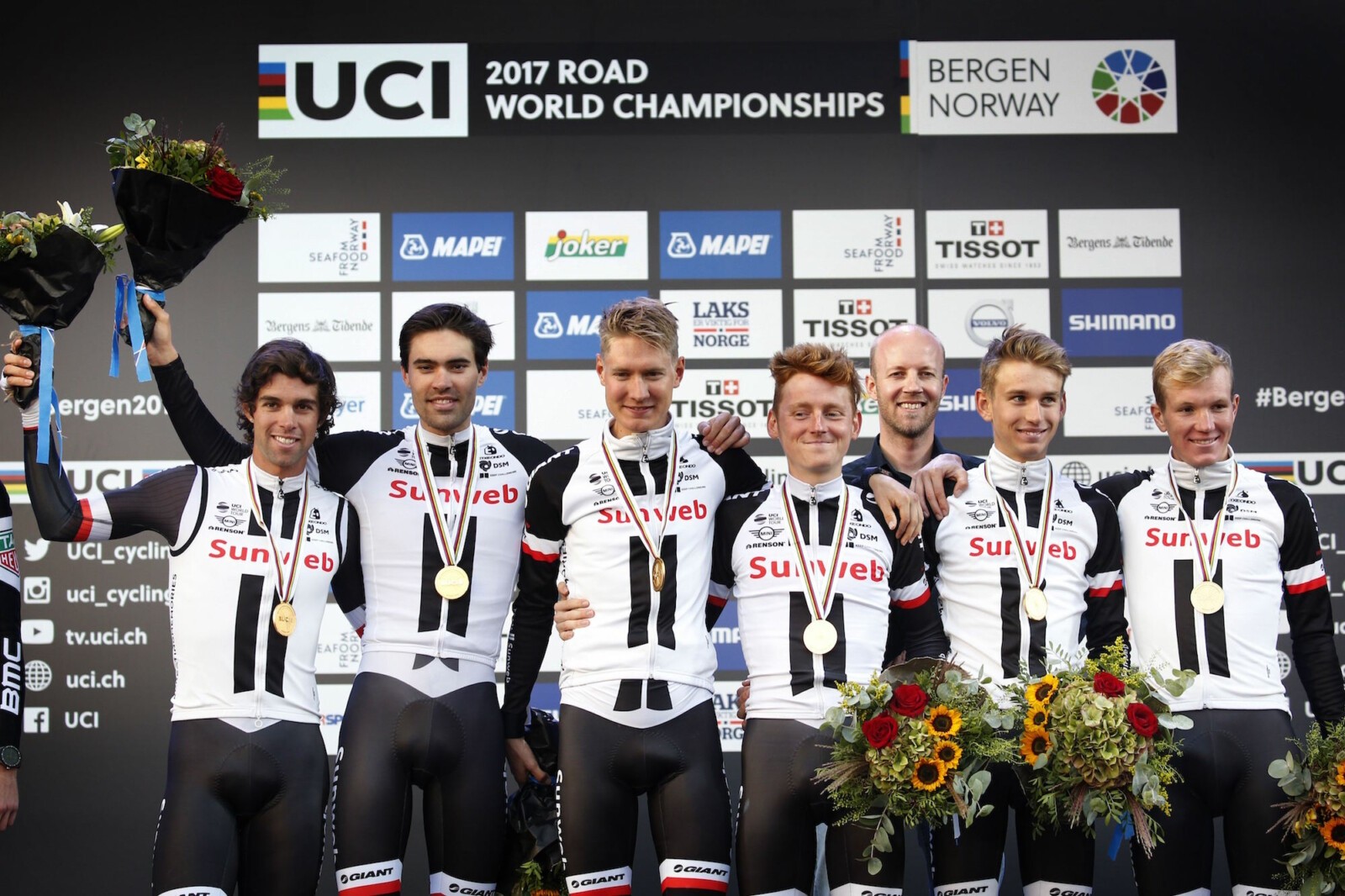 Michael Matthews and Tom Dumoulin were two of the big-name riders that helped ensure a double Team Sunweb victory during the opening weekend of the 2017 World Championships in Bergen, Norway.

The team consisted of Tom Dumoulin, Wilco Kelderman, Michael Matthews, Lennard Kamna, Soren Kragh Andersen and Sam Oomen. They were only fourth fastest at the first time check and then second to BMC at both the second and third time checks.

Team spokesman Tom Dumoulin described the opening day as crazy. “First the women this afternoon and then us. The team was so homogeneous, it was absolutely amazing,” he said.

“It was so smooth. We had a very good pace and we kept it all the way to the line. We tried to keep together, especially on the long climb at 10km to go, and that just worked out, barely. We made it over the climb and we were all flying.

Dumoulin concluded by describing the victory as “unexpected, but very nice.”

In the women’s event Team Sunweb finished 12 seconds ahead of second-placed Boels-Dolmans, with Ellen Van Dijk saying the team started as underdogs and finished as victors.

“It was a really tough course and it was so important not to over pace on the climbs,” she said.

“As you blow up the whole team so we really focused on that. That was our strength, we kept it really smooth and it was feeling good all the way. This year we really didn’t expect to go for the win but when you do it really as a team like this and use each others strengths in such a good way it’s such a satisfying feeling. We were the underdog and now we’re world champions.”

The 2017 World Championships continue until Sunday with the following schedule set. 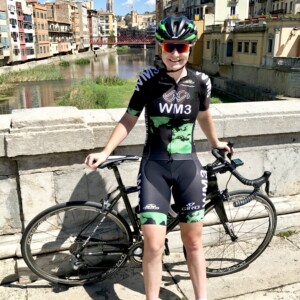 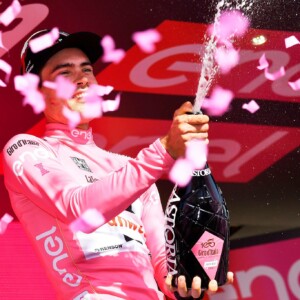