“Who is going to pay for the repairs on the car he hit?”

“Drivers should be aloud (sic) to run these idiots over!”

“Run over the scum”

“Get around him and stomp on the brakes.”

“I need towing mirrors, should make it easier to clean up more toads!”

“I would have run him over, i dont care about fines or anything like that,”

These are just a few of the recent replies to posts made on a public, Australian-based, anti-cycling page on social media giant Facebook.

Claiming to “expose the dangers bad cyclist (sic) create on our roads and prevent tragedies … raise awareness and save lives”, the Brisbane And Cyclists and offshoot Aussies Over Cyclists pages collectively have more than 10,000 followers.

Despite the page administrator’s claimed desire to “save lives”, posts refer to cyclists as‘RoadToads’ and the pages are filled with hate, derision, threats, bigotry and malice.

Posts, and their subsequent comments, encourage drivers to “Just run the c#$%s off the road … I have,” and range from “Sorry, your kid is a gonna,” to “My (bullbar) works well, but the faggot dented my bonnet.”

Numerous complaints have been made to Facebook, with many making the point if the word ‘cyclist’ was replaced with ‘Muslim’, ‘Asian’, or ‘LGBTI’ – purely by way of example – the pages would be immediately removed.

The rapid rise in popularity of these hate pages comes at the same time online threats were used as key evidence against a motorcycle rider involved in a fatal collision with a cyclist.

Steve Jarvie, a father of three, died after being clipped by motorcyclist Ben Smith on the Old Pacific Highway north of Sydney in February 2013.

‘During a 10-day NSW District Court trial a jury was told of a Facebook post in which Smith attacked a person who had a bumper sticker warning road users to stay 1.5 metres away from cyclists.
“Get f—ed c—t. Start paying for using the roads or keep coping abuse and 2inch flybys,” said the post which Crown prosecutor Mark Hobart showed Smith’s hostility towards cyclists.

It took a jury just one day to find Smith guilty.

Whether Smith pushed Mr Jarvie or did a “2-inch flyby” is not clear and will never be known as Smith declined to give evidence and pleaded not guilty.’ Source: Daily Telegraph May 13, 2017.

Ben Smith is currently on bail and will be sentenced in June. He faces up to 25-years in prison for manslaughter.

Is Online Talk Being Transferred To On-Road Behaviour?

Dave Sharp is one of the nation’s most active private advocates for the safety of cyclists. As administrator of the Safe Cycling Australia Facebook page, followed by some 43,000 people, we asked him about the recent court ruling and alarming rise in popularity of hate groups such as Brisbane And Cyclists.

“Increasingly people – even courts – are taking notice of social media posts. The link is being drawn to what people write online and how they act behind the wheel,” he said.
“All of us are concerned this online behaviour is being transferred to on-road behaviour.”

“We really need the Queensland Police Service and Facebook to step up and own this issue and admit there is a problem,” he continued. “As far as we’re concerned our roads are starting to become lawless. We know of several police officers who are gravely concerned about this.”

Upon being advised the Brisbane And Cycling page appears to have recently sprouted a national offshoot, Sharp said the movement was “absolutely disgusting”.

“It gives the impression these people can start these pages with complete impunity,” he said.
“I wouldn’t be surprised if thousands of complaints have been made against that page – Facebook appear to do nothing. To have a national page that has attracted more than 5000 followers in just a matter of days…”

Sharp said he thinks our roadways “are becoming war zones”.
“A lot of that is because of pages like these stir up the irrational hatred of cyclists,” he said. “There’s no commonsense or logic to it – cyclists are simply an easy target.”

And Dave Sharp’s advice for motorists who may have to wait a handful of seconds to safely pass a cyclist – “Respect the fact you have a living, breathing person in front of you – they have the right to be there just as you do.”

What Can Be Done?

Numerous complaints to Facebook have already been made about both pages with each complainant receiving a standard reply saying the page ‘doesn’t go against one of our specific community standards’.

That said, the more who report these pages, the more chance of them being removed.

As cyclists each of us also have a responsibility to always obey the road rules and, despite occasional angst & frustration with some road users, rise above and always be on our best behaviour out there. 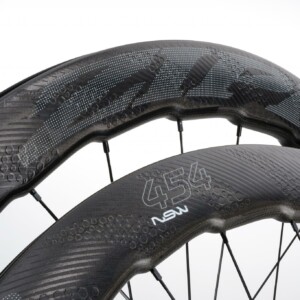