In the 10 years since starting to race at 14, Tim Roe has crammed a lot into his cycling career. And it seems it’s only just begun …

WITH JUST THREE points between him and winning the 2014 National Road Series two days before the final NRS race of the season, Budget Forklifts’ Timothy Roe was happy to chat while in transit to Grafton for his second Grafton to Inverell Classic.

Speaking down the line from Melbourne airport lounge, Tim, as he prefers to be called, comes across as a modest kind of fellow who likes a chat – and not necessarily about himself.

It’s not until the end of the conversation that the real ‘wow factor’ of his story comes out – the fact that this little known domestic rider has been on teams with two of the biggest names in cycling – Lance Armstrong and Cadel Evans, spending three years riding the World Tour.

Oh, and that they were both pretty good to be on teams with. There’s also the matter of some fairly serious back surgeries which stopped his European career in its tracks, but from which he appears to be bouncing back fairly well.

Even going into his final NRS race for the year with the spectre of a series win before him, Tim appears fairly chilled out and says he is feeling good, has been training well and is looking forward to riding “up the mountain”, as he calls the gruelling 24 per cent at its worst gradient of the Gibraltar Range.

He is just three points behind Avanti rider Joe Cooper but is more interested in discussing the race and predictions of stinking hot weather on the day, than the chances of him winning the NRS.

“I like the course. It’s a beautiful race. I like them longer and how there is a bit of challenging climbing. They say it is going to be fairly hot and I might not be used to that.”

We now know that Tim finished in 21st spot on the day which resulted in him running second in the NRS.

Not a surprising result for the 24 year old, originally from Glenelg in Adelaide, who got into cycling aged 14 on a $700 roadie, won his first race (a handicap), despite “having no idea” and did more overseas than he did in Australia in his early years.

“I spent the first two years getting my butt kicked in,” he says. “I used to always finish half an hour to 40 minutes down, alone, in the junior tours. But I was always hard on myself, I just felt like I was better than that, so I kept at it, kept suffering, and knew one day I would be on the receiving end.”

Things improved when he started to grow, aged 16 and “everyone else was slowing down”.

“In under 19s I got my bigger unrestricted gearing and I found that easier,” he says.

Although he was starting to get some results, his parents encouraged him to finish year 12 before embarking on a cycling career.

“In 2009 in Savings and Loans (a Pat Jonker directed team) I won a few stages of the Asian tour and did some of the NRS events with some success and then in 2010 I went to the Lance Armstrong development team, Livestrong, in America.”

He says it so matter of factly that you almost miss it. “You went to America to ride with Lance Armstrong?”

“Yeah, I lived in Boulder, Colorado. “

Er, how did that come about?

“I’d had a good 2009 and Pat Jonker got an email from director Axel Merckx as they used to race together and he seemed interested in me. I was pretty stoked, I couldn’t believe it.

“I signed a one year deal then lived in America with four other team riders in the team house, racing in the US and Europe and doing the Tour Down Under for the first time on the UniSA team. I wore KOM on the first day and most aggressive rider.

And Lance, did you see Lance?

“Yeah, there was quite a bit running into him. It was good to meet him; he was dominating everything at the time. He was good and easy to talk to and seemed liked a nice guy.”

So what happened at the end of the year? Did you come back to Australia?

“Yeah. Cadel was the only other Aussie on it. There was also Taylor Phinney from Livestrong. Meeting Cadel was pretty crazy, he welcomed me. It was pretty surreal going to BMC with a guy who was a hero of mine I guess.

“They offered a two year deal and soon I was living in Europe with my girlfriend, riding and getting Cadel bottles and doing things like that.”

All up, Tim spent three years in Italy riding for BMC. Looking back, even he is surprised at how quickly things took off.

“Everything does move pretty quickly once the ball gets rolling,” he says. “In cycling I have learned the sport seems to mature you pretty fast. One minute you are in Australia; the next you are overseas fending for yourself.”

He raced the Tour of California, Tour Down Under, Tour of Austria and was looking forward to racing the Giro d’Italia, but tragedy struck in the form of an old back injury.

“I had a bad back from 2011 but kept riding and did a lot of rehab and treatment, but I never really got on top of it. It progressively got worse and ended up affecting my cycling a bit,” he says.

“I did two years with the pro team but I still had my injury, so towards the end of the year they put me down to the development team of BMC, which was brand new that year, doing amateur races in Belgium.

“I then went home and had some operations having six months off the bike at the end of 2012 and start of 2013, but there were no options for European teams for me after that so I decided to stay in Australia and joined Budget Forklifts.”

Rather than seeing a return to the Australian domestic scene after riding in America and Europe with two of the biggest names in the sport as a downward step, Tim says he has loved spending 2014 with Budget Forklifts.

“It’s been a really fun year for me. I am definitely enjoying the bike and racing. The team is a good bunch of guys to be around. After the last few years of injury, it was the year I needed to regain my love for cycling.”

He rode every NRS race apart from the Tour of Murray and found racing in the ranks quite aggressive.

“The level of NRS is very high,” he says. It has always been high, but now probably has more depth, with 30 guys at quite a high level, whereas when I did it before, there were maybe six. The NRS is similar now to UCI races of 2.2 and 2.1.

Tim is coached by AIS coach Tim Decker and recommends it. “I haven’t always had a coach, but we have a good working relationship,” he says. “I do training and he looks over it and gives advice. I think it’s good to have a coach but also for people to get to know themselves. Everyone is an individual.”

He is a proponent of power meters, which he started using when with Livestrong.

His training week comprises two days of rest and around 15-20 hours on the bike.

He targets his training around the races that are coming up and complements time on the bike with gym exercises and swimming, which helps his back.

“I don’t train a huge amount of hours; it’s not like I am training for the Tour de France,” he says.

“Diet and nutrition are very important to me. I eat really well. I didn’t always, but in the last year or so I have cleaned up and it definitely makes me feel better. I have lots more fresh fruit and veg, and I don’t eat a huge amount of meat.”

Yes, he has signed with Drapac Professional Cycling as GC rider, which is a great next step to his dream to return to the World Tour.

“I still have got big goals and dreams, and still plan on racing the biggest race in the world.” 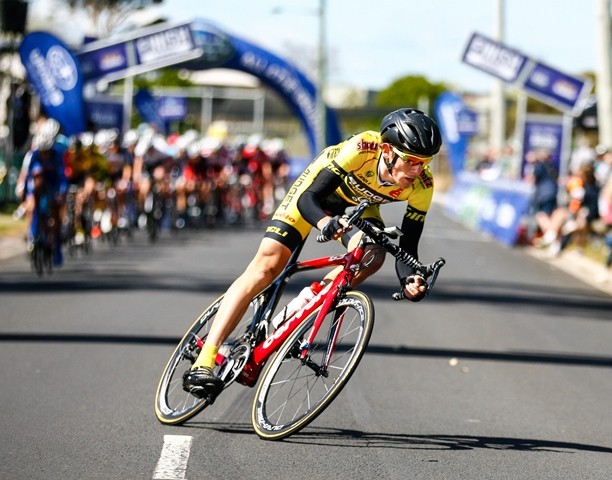 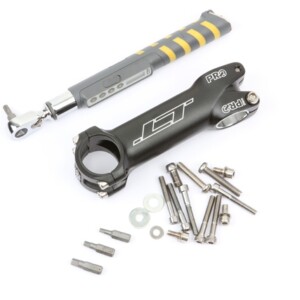