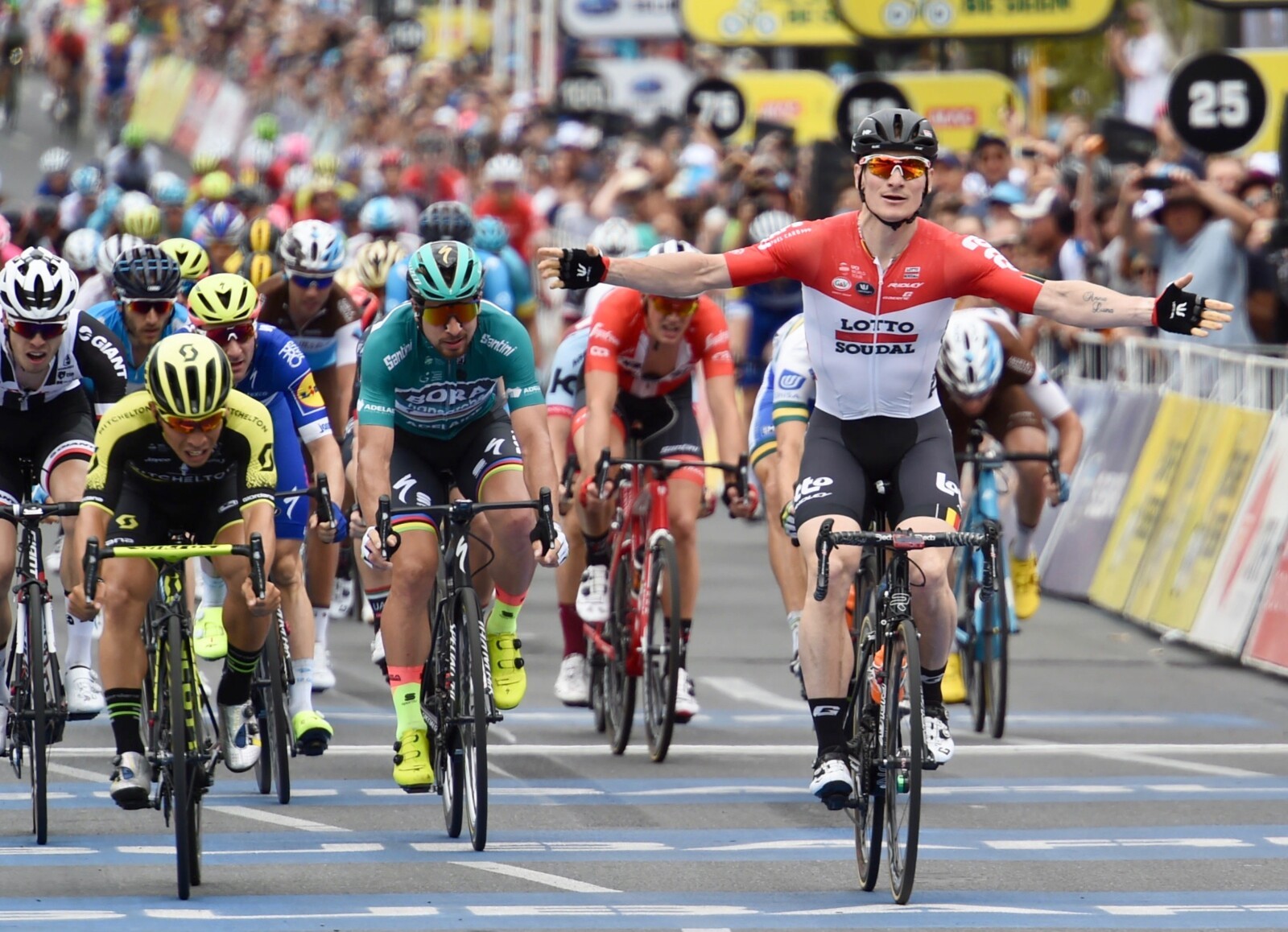 Mitchelton-Scott’s Daryl Impey has won the 20th anniversary edition of the Santos Tour Down Under, the South African winning on count back after finishing with the same overall time as defending champion Richie Porte.

Joining Impey & Porte on the podium was third-placed Tom-Jelte Slagter of team Dimension Data – a rider who won the TDU in 2013.

“Coming to the Santos Tour Down Under, I didn’t expect to win but sometimes the stars line up and everything goes well and according to plan,” said a glowing Impey after the official presentation.

“The final stage was hectic and there was a lot at stake,” he said. “This is for my family in South Africa, they have sacrificed a lot and I dedicate this to them.”

Ewan Too Early Or Greipel Too Strong?

Speaking to media after the win, 35yo Greipel thanked his team for chaperoning him into position to take the win.

“I waited as long as I possibly could,” he said. “Caleb Ewan came like a cannonball but I managed to stay up front. I’m proud of my 18 stage wins at the Santos Tour Down Under. It’s been nice to come back to South Australia.”

Greipel added that starting the 2018 season with two stage wins was good for his mental state and that of the team.

Stars Of The Future Take Out Polka Dot & White Jerseys

Bahrain Merida won the teams classification with a 26 second margin to Dimension Data, and Rohan Dennis was awarded the Tanya Denver Memorial Award for being best placed South Australian in 30th position overall.

The eyes of the cycling world now turn to Geelong in Victoria where the UCI WorldTour Cadel Evans Great Ocean Road Race will be held. The women’s race is on Saturday January 27 with the men racing on Sunday 28th.

Bicycling Australia will bring you coverage of both events – keep track of our website and social channels for the latest. 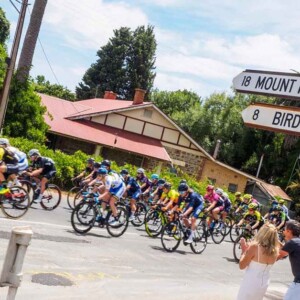 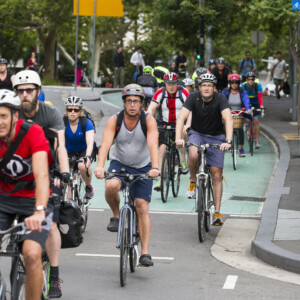