Trek-Segafredo rider, and teammate of Alberto Contador, Andre Cardoso will not ride the Tour de France after the shock announcement he failed a doping test last week.

Cardoso, a 32yo rider from Portugal, has ridden 7 Grand Tours including the Giro 4 times and Vuelta 3 times, but never started the Tour de France.

“It is with deep disappointment that we have just learned that our rider, Andre Cardoso, has tested positive for a prohibited substance,” Trek-Segafredo stated in a sombre press release late Wednesday.

“In accordance with our zero tolerance policy, he has been suspended immediately. We hold our riders and staff to the highest ethical standards and will act and communicate accordingly as more details become available.”

‘I Believe In Clean Sport’

Following the shock news, Cardoso posted to his personal Facebook account the following – “Today, I received notification from the UCI that my A Sample, from a urine test done at my home on June 18th, tested positive for Erythropoietin. I have requested to the UCI that my B sample be tested as soon as possible.”

“Getting the chance to ride at the pinnacle of professional cycling is the greatest honor I could ever hope for, and I was looking forward to doing my best for my team and myself at the Tour.”

“I believe in clean sport and have always conducted myself as a clean athlete, but I realize that this news puts a dark cloud on not just myself but also on our sport and my team, teammates and staff. Before anything else, those people are my friends and colleagues for whom I have unlimited respect, and under no circumstances would I ever do something that could put them, their families or their reputations in jeopardy.”

‘Great Hope B Sample Will Come Back Negative’

“I am fully aware that I will be presumed to be guilty, but it’s important to me to say that I am devastated by this news and I wanted to state that I have never taken any illegal substances. I’ve seen firsthand through my career the awful effects that performance enhancing drugs have had on our sport, and I would never want to be a part of that. I’ve always tried to be a constructive influence in the peloton and on young, aspiring cyclists. It is my great hope that the B sample will come back as negative and clear me of any wrongdoing. Until then, I hope that those who know me, trust me when I say that I’m innocent, and that my colleagues and cycling fans everywhere don’t judge me too quickly during this difficult time.”

What do you think? We are keen to hear your say on this. 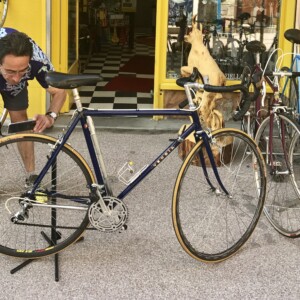 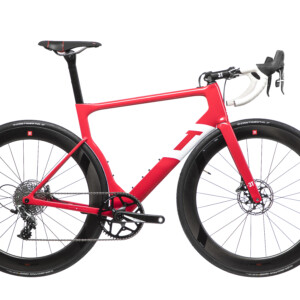