In the wake of the discovery at the 2016 UCI Cyclo-Cross World Championships in Heusden-Zolder of a motor concealed in a female Belgian champion’s bicycle frame, the UCI conducted unannounced bike tests at La Méditerranéenne in France this weekend.

90 bikes were tested in France using technology trialed at the Cyclo-Cross World Champs in January but fortunately found no signs of mechanical doping. The UCI released a statement that said they have invested a considerable amount of time and financial resources into new testing methods to make the procedure as thorough as possible.

“Intelligence has also been gained from active engagement with the industry and other information given to us which has enabled us to refine and improve our testing.” Said the UCI in their media release.

Previous testing methods were time consuming and involved removing the crank to visibly inspect the bikes interior, but the new technology attaches a small sensor to a computer tablet and can detect possible forms of mechanical doping of the frame and wheelset. The procedure will allow more bikes to be tested and the UCI stated it will continue to conduct unannounced tests at all cycling disciplines during 2016 and beyond. 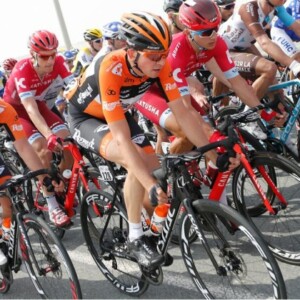