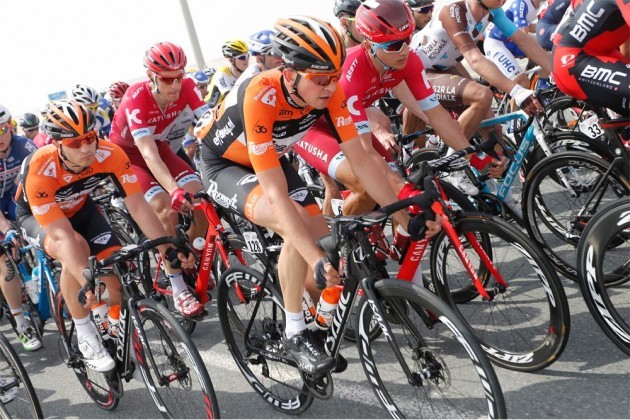 After much controversy and deliberation over years, the UCI announced it would make legal the use of disc brakes on road bikes at UCI sanctioned events from 2016 onwards.

However, until now there have not been any sightings of disc brakes in the field at the Tour Down Under or the Dubai tour, the races at the start of the season where teams usually hone their equipment before the European season.

Roompot-Oranje Peloton, a Dutch Pro-Continental team has completely abandoned rim braking this season in favour of the SRAM disc brake system and is the first team to be sighted on these components.

Technical Manager of the team, Henk Schipper stated to CyclingWeekly that the main reason for the change was the improved performance of disc brakes in the wet and the lack of distortion from overheating.

Schipper said once the rest of the peloton sees the benefit of using disc brake they will follow suit.

There are some safety concerns of the use of disc brakes in road cycling, mainly the possibility of hot discs and the scenarios involved in a crash situation, this is just one of the reasons many teams have opted for the use of traditional rim brakes so far this season.

In similar news, some Team Dimension Data riders are also testing the brand new Rotor Uno hydraulic shifting and braking components at the Tour of Qatar. The Uno system features a sealed hydraulic line for shifting and for traditionally mounted rim brakes. The individual components all feature their own pistons and are said to offer less maintenance than mechanical and electronic shifting. 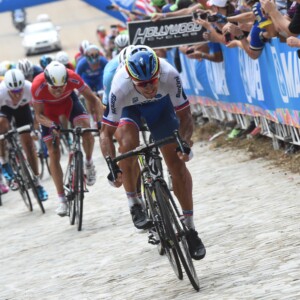