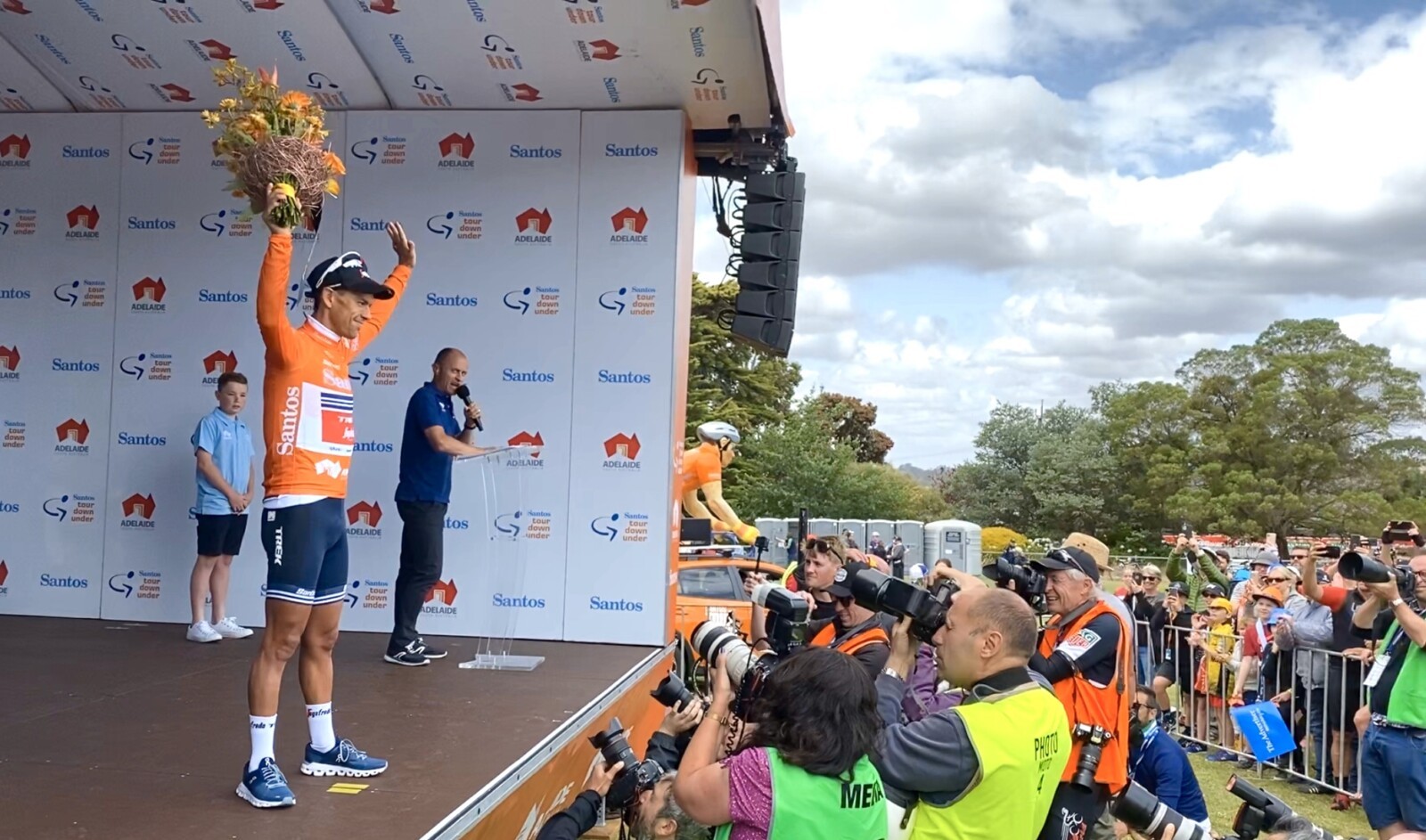 Richie Porte has won the 2020 Tour Down Under, the Tasmanian clawing back crucial time on the hill he’s conqured so many times, Old Willunga.

But, unlike the final day of the past 6 TDU’s, Porte did not win on Willunga Hill. Instead the glory went to a young and relatively unknown neo-pro, UK-based Lotto Soudal rider Matthew Holmes who enjoyed his maiden WorldTour win.

Asked by Jens Voigt to describe the final kilometres of the race, Holmes was candid and unassuming with his reply.

“I’ve never really raced a big climb,” he said. “It’s my second hill top finish this week, so yeah… it seemed to suit me.”

Richie Will Always Be King of Willunga

Although he didn’t win the stage today, Richie Porte will always be ‘the King of Willunga’.

After a well-earned breather, podium commitments and time with his teammates, Porte said to win the race again was a fantastic feeling. But he added that he did fear the break may stay away, robbing him of the overall title win.
“There were times when I thought maybe the GC was over and done with because it was a big group up the road,” Porte said. “But credit to the guys, almost single-handedly, they brought that all back. People are quick to single out Mads Pedersen because he’s the World Champion here helping me, but every one of my teammates has been incredible; they all played their part in today.”
Bicycling Australia were at the finish as Richie crossed – see our video below.

Consecutive Tour Down Under Champion Daryl Impey of Mitcheton Scott started the final stage as race leader. But with Porte’s experience on Willunga Hill, and his obvious current climbing form, even the most confident title holder would’ve been well aware the overall win would be a huge ask.

“I was trying to limit the damage and stay on the podium,” Impey said. “I knew I wasn’t on a good day today and I struggled on the bottom slopes. It’s been quite a busy week. We gave it our all. We’re happy with the performance but obviously disappointed that I didn’t make the podium. That’s just how it goes. I’m not making excuses, Richie was just very strong.”

Video Walk Through At The Start Of The Stage

Pat Jonker joined us for a walk through prior to the start of the final stage of the 2020 TDU. In this video he speaks with Rohan Dennis, Andre Greipel, Robert Power, Matt White, Bjarne Riis and others. 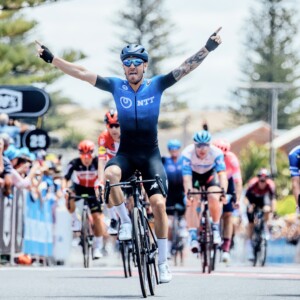 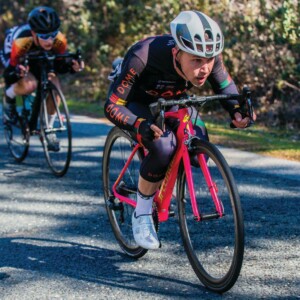