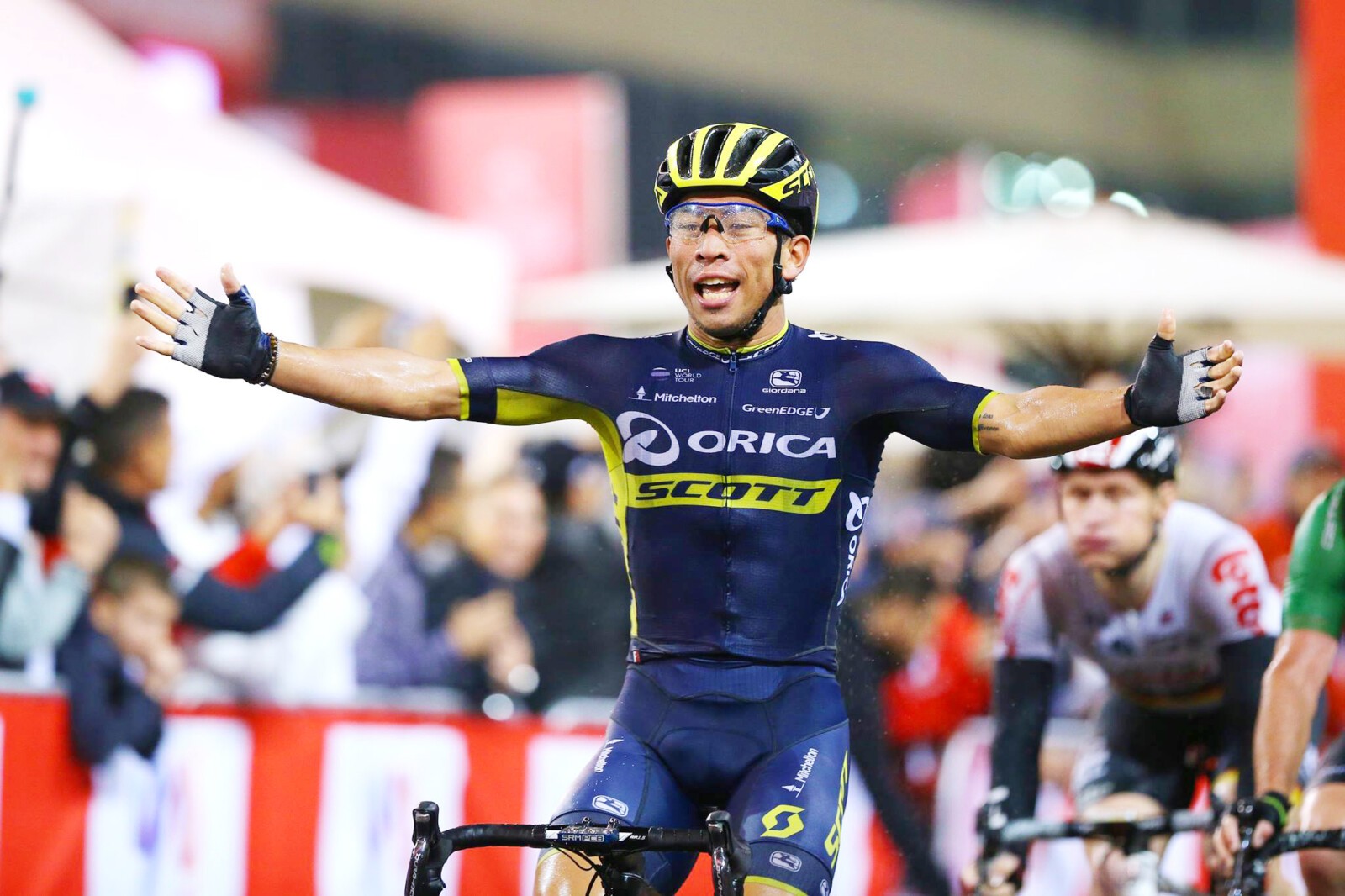 He came frustratingly close on Stage 2 and last night he redeemed himself – Caleb Ewan has convincingly won the final stage of the Abu Dhabi Tour.

A 143km drag race around the Yas Marina Formula 1 circuit, Ewan crossed the line ahead of Mark Cavendish of Team Dimension-Data and Andre Greipel of Lotto-Soudal.

Thrilled with his first big win against the top sprinters of the sport, Ewan’s Abu Dhabi Tour was riddled with highs and lows. From a heavy crash 1km from Stage 1 finish, to celebrating early and missing the win at Stage 2 – it’s been no easy ride for the 22yo pocket rocket.

“I guess I started this race on a real low with that crash and then I finished on an absolute high,” said Ewan.

“After stage two I’m really happy to repay my team with a win, the team did a great job,” he added. We started working early and we knew on this course which were the important corners. They controlled the race from 15km out and no-one really came past us from that moment on.” 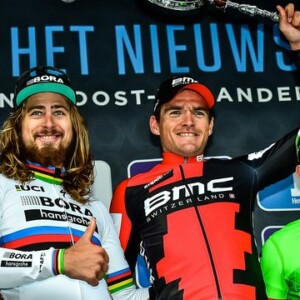 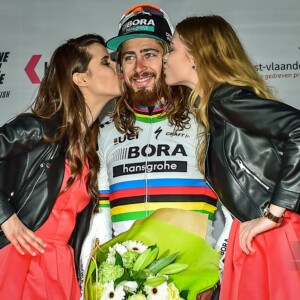