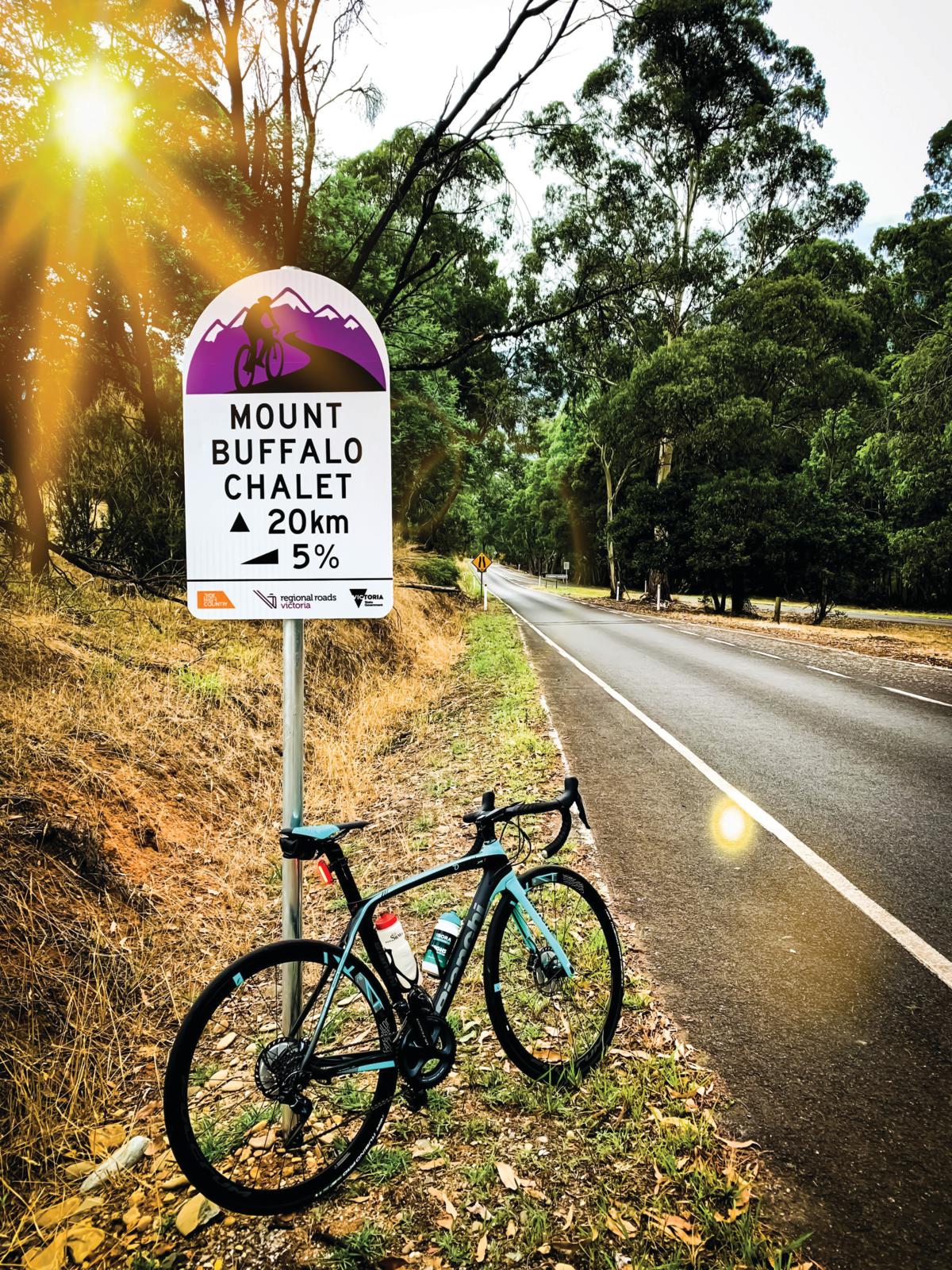 It’s a European-standard climb and descent right here in a very accessible part of Australia – we ride the legendary Mount Buffalo near Bright in Victoria.

Spend a few days in the dream region of Bright in north eastern Victoria, and you will soon realise that you’re in Australian cycling heartland. It’s the type of place where you could easily spin an arrow or a bottle and let the random direction dictate the day’s discoveries.

“Hotham, Tawonga or Buffalo?” I’d like a dollar for the number of times I heard that during a recent trip to Bright – the local and visiting cyclists are literally spoiled for choice when it comes to climbs, descents and just  about all roads in between.
Leaving town relatively early one morning – well, at pro hours, around 10am – the day’s destination was Mount Buffalo.

Located a few kilometres out of Bright as you head back toward Myrtleford, the journey to the top of this iconic mountain begins at the Porepunkah roundabout. From here you’ll soon hit some hills the locals like to call ‘little Buffalo’ – by no means a serious climb but an incline that prepares the legs for what’s to come.

The ascent proper begins around 6km in. Here you will pass picnic areas, a toilet block and car park.
From this point on the only way is up – the climbing begins and the rider is faced with a total of 20km that averages five percent for a total of just over 1000m of elevation.

Being a relative constant climb, this ascent lends itself to steady tempos and settling into your own pace.
Landscape and geography varies with altitude, and from around 7km in you will start seeing the stunning and expansive vistas the climb is famous for.

With the road weaving its way around the mountainous outcrop that forms the centrepiece of the Mount Buffalo National Park, those riders who are not head down and hell-bent on constant power output will be wowed by the views across the valley below.
With the snow gums giving way to the changing treeline, at around the 15km mark, you’ll be well aware you’re riding a high alpine area. In the shoulder seasons it’s not uncommon for snow to be heaped to the side of the climb – true alpine vistas Aussie style.

After an hour of climbing (if you’re Brendan Canty – the current Strava Buffalo KOM holder)  or 90 to 120 minutes for the rest of us mere mortals, the road will veer to the left as the vista opens to reveal the stunning Buffalo plateau. This is an oasis popular for bushwalkers and birdwatchers near the top of the climb and adjacent to the left hand turn to the historic Buffalo Chalet.
Turn left at the top, ride the final few kilometres through open heathland and then through a stunning forest, and after a short but highly sprintable final incline you’ll be at the iconic Buffalo Chalet.

The view from the top is simply stunning. With a breathtaking vista – from the valley below to the distant peaks of Falls Creek, Mount Hotham and the Australian Alps – there are not too many riders who’ll turn at the top and head straight back down the mountain.

From here there are two distinct options – keep riding up – well sort of up – or commence the dream descent down. For those deciding to visit ‘The Horn’, you’ll need to be prepared for 3km of gravel. Once there you’ll enjoy incredible 360 degree views from the peak that sits at 1720m above sea level.

What can we say about the ride back down … this descent is as good as it gets. While it’s not the fastest descent off a mountain, it does pay to stay well within your abilities taking particular care while cornering. Brake early, look ahead, and leave the top tube antics to the pros. 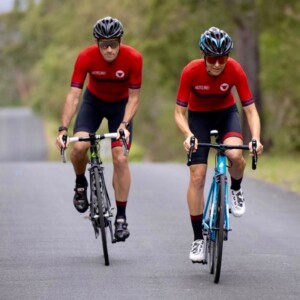 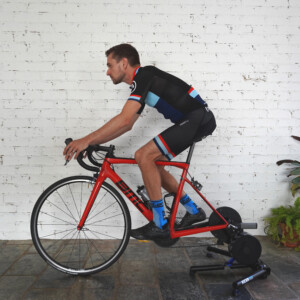