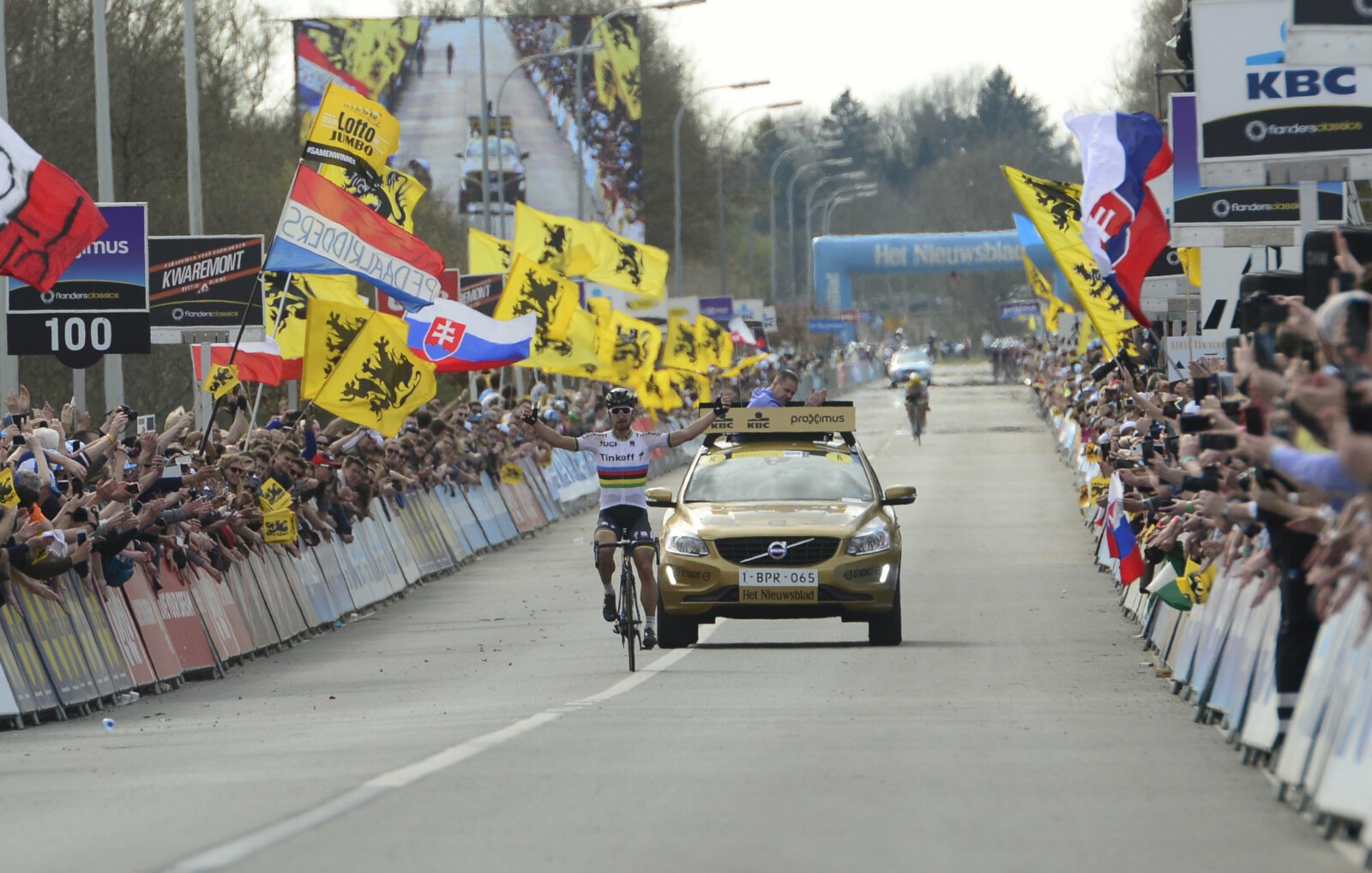 If you haven’t already caught up on the news from the weekend, Peter Sagan (TINKOFF), wearing the World Champions jersey took his first monument win in spectacular style.

In the 100th edition of the Tour of Flanders, or Ronde van Vlaanderen, WorldTour riders battled a total distance of 255km made up of 18 categorised climbs and seven flat cobblestoned sectors that took them over 6 hours to complete. Traditionally held one week before the Paris-Roubaix as part of the two major Cobbled Classics it is the pinnacle of the Flemish Cycling Week.

This would be Cancellara’s last attempt at victory on the Flemish roads before his imminent retirement at the end of the season.

A six-man break went clear of the bunch after 75 kilometers, but the nerves began to show in the bunch when a crash at the front of the peloton took down Arnaud Démare (FDJ), the Milan-San Remo winner as well as favorites Geraint Thomas (SKY) and Sep Vanmarcke. Unfortunately Démare couldn’t continue.

In a race that was marred by crashes, another nasty crash involving the majority of Team BMC occurred that left Greg Van Avermaet with a broken collarbone and caused Marcus Burghardt, Michal Schar (BMC), Teisj Benoot (SOUDAL) and Lieuwe Westra (ASTANA) to withdraw. Taylor Phinney and Daniel Oss also went down but were able to reconnect with the race.

The original break away dwindled down to two riders when a number of chasers tried to bridge the gap. More breaks formed and held chasers between 20 seconds and one minute.

Just over the Taainberg where the attacks started to begin, Michal Kwiatkowski (SKY) and Sagan lifted and Vanmarcke followed to bridge the gap between the lead group of riders where Cancellara admits he missed his opportunity.

The three chasers caught the five man break with 22 kilometers to the line and 28 second lead.

The bunch, including Cancellara, rode toward  the bottom of the Oude Kwaremont where the remnants of the break were caught.

Sagan and Vanmarcke rode away from Kwiatkowski on the Kwaremont where he just couldn’t hold the pace. It would eventually be decided on the Paterberg climb where the two leaders held a 10 second advantage.

Sagan attacked Vanmarcke as Cancellara was closing in on the Paterberg, where Sagan opening up a substantial lead over the chasing group, putting 15 seconds between himself and the two other riders.

The last 12 kilometres were a cat and mouse chase where Sagan looked composed all the way to the line solidifying his victory with 25 seconds over Cancellara and Vanmarcke at the finish.

Sagan now has his eyes on the Paris-Roubaix held on April 10. 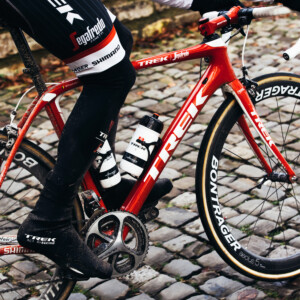 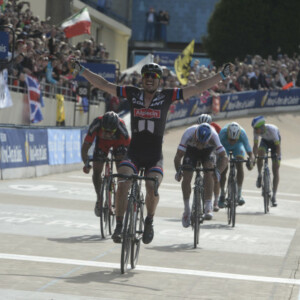