The intricacies of any World Tour team are complicated and diverse, especially when you consider that a World Tour Team has a rider roster anywhere from 25-30 riders and at any one time. Julian Dean discusses the various competing considerations in successful team management. A World tour team is a complex organisation, with many stakeholders; coaches riders, managers sponsors and fans. The team can be running as many as three different race programmes on different continents, so with the riders plus support staff involved you can begin to comprehend a few of the logistical difficulties that a team faces.  But aside from the logistical difficulties, the often deeper and more complicated requirement is the planning and allocation of races to riders and vice versa, that fit the riders’ goals as well as those of the team.

The way the management fills their roster will largely be affected by the teams’ race objectives and overall goals.  Of course, things like riders’ form and injuries/health also has a bearing, and then around that, what has to be considered is the expectation of the corporate entities involved in the team; when and where exposure is most valuable to them.

Based on the riders they have and the race, a team may either have a variety of objectives or they may take a more one-dimensional approach focusing on a single goal, such as the overall classification.  If we consider the Lotto team of the 2012 Tour de France, it was a team with a broader set of objectives with Greipel riding for stage wins and Van Den Broeck racing for a place in the general classification – as was the case for Sky, with Wiggins and Cavendish.   For the years that I was in Garmin, things were operated along similar lines.  We always had one set of goals withTylerin winning a stage or going for the green jersey yet we also carried other objectives in trying to ride one of our other climber-type guys onto the podium whether it was Van de Velde, Hesjedal, Wiggins or Danielson.

Other times, teams may choose to take a much more one-dimensional approach pouring all their resources into one rider.  Orica-GreenEDGE was largely built around Goss with riders dedicated to forming a good lead-out train.  Cavendish’s time at Highroad HTC, is also a great example of this type of approach, although this is most commonly seen when a team has a contender for the overall, rather than sprinting-type teams.  The teams based around Andy Schleck and Contador in recent years have been geared this way.

One of the difficulties with an approach like this is getting the individuals within the team to set aside their personal objectives for the good of the team.  At the end of the day, all athletes have – although of varying degrees – an ego to manage and they like to win.  And in most instances it was winning bike races that got them to the World Tour level in the first place.

The environment necessary for the profound level of cohesion needed to operate for the good of a common goal is achieved only under a couple of different conditions.  The first and most simple is when there is a prolific winner.  Such is as the case with Cavendish.  In circumstances like this, there is no question that he will always be surrounded by support riders and management that want to do the absolute best for him.  As the chance of success is extremely high and we all like to be part of something that has a high probability to succeed.

A second and more difficult situation to attain is when there is a great team dynamic.  This is difficult to achieve but when accomplished, it truly becomes something special for all involved; from those who do the hard yards during the early stages of the race, to those who do the final metres.  All given credit for their work and respected for it.  Management and the star rider understand the importance of everyone’s contribution and in turn each of the riders has a sense of true value, no matter what the outcome.  In such situations riders begin to comprehend that working as a unit they can achieve far greater results than they would be able to either as an individual, a pair or even a threesome.  And that is the pivotal point.  The riders in the team must acknowledge that the frequency and quality of success is improved by their capacity to align their personal objectives along with that of the team’s.

Never in cycling is there a more powerful demonstration of the value in recognizing a good team than in the lead-out train that prepares the sprint.  For in a lead-out there are at least a couple of very good sprinters who themselves can run a top five in a sprint in any big race.  However, by committing to each other and their chosen sprinter they tactically and physically improve the chances of winning the sprint for their team.

Tactically, in the sense that with a good lead-out train the reliance on having to be in the right place at the right time is eliminated.  The goal of a lead-out train is to eliminate the need to use other riders or other teams to gain a position to start the sprint from.  So technically speaking, as a sprinter when a lead-out is working well, it is eliminating the complexity of the tactics and need for ‘on the spot’ decision-making as the clear, dependable and trustworthy decision is to follow your team-mates who are there solely to help you.  You do not have to think about what to do.  Eliminating the chances of things going wrong such as getting caught in a crash, taking the wrong side of a roundabout, getting caught too, far behind in the peloton or having to make any major accelerations.

In a physical sense, a good lead-out will bring their chosen rider to start the sprint with as little physical strain a possible.  Naturally if the sprinter arrives inside the last 300m too far in the red then they can not sprint at all.  Fresh is fastest and unless you are extremely gifted at ducking, diving and weaving through riders in the final, it is difficult to come to the finish with enough physical capacity to deliver a winning sprint.

Although sprinting and the lead-out are one aspect of the importance of self-sacrifice and team work, it is by no means the only.  Professional road cycling has often been described as ‘chess on wheels’ and with each move there is a team of riders involved, each of whom have a profound understanding and appreciation of each other for the common good.  For me this is one of the beautiful treasures of our sport. 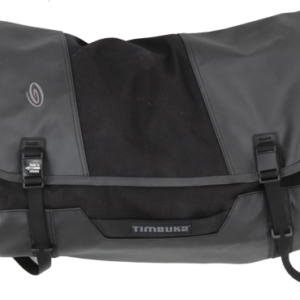 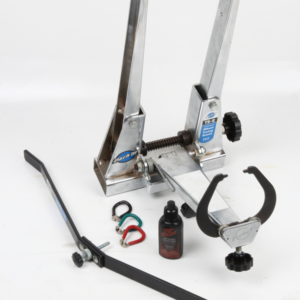