When I stop and think about being Aussie, a few things come to mind. Sun, surf, thongs and Big-M. So what could be more Aussie than slamming a chocolate milk after a hard day in the mountains?

You’re probably already thinking that can’t possibly be smart. Well, if there are two things I love, it’s living in the land down under and teaching others how seemingly unhealthy underdog foods can be put to good use. Seriously, it would be un-Australian of me not to stick it to the million dollar nutrition industry and maybe some of your high and mighty cycling friends.

The Science
Results of research performed on endurance cyclists, comparing chocolate milk with ‘scientific’ recovery drink, were very favourable towards chocolate milk, even though the cyclists didn’t know what they were drinking. After repeated rides, the cyclist’s perceived effort was found to be equivalent, regardless of whether they consumed chocolate milk or the recovery drink. Therefore, chocolate milk is as good a recovery drink as the expensive alternatives. Such evidence has been shown time and again across many different sports.

Chocolate milk and the recovery drink were then compared with a control drink which contained no recovery nutrition, and in both cases, cyclists rode 50% longer after consuming any type of recovery drink. So, regardless of how you look at it, good recovery nutrition is clearly important. New 2016 evidence has found skimmed and full-fat milk, along with dedicated recovery drinks, were significantly better recovery fluids than water or even sports drink. Surprisingly, beer fared almost equivalent to sports drinks, but still poorly compared to milk.

The Nutrition Facts
The reason chocolate milk proves equivalent for recovery is its high protein and carbohydrate content, almost identical to the 4:1 carbohydrate to protein ratio used in most recovery drinks, but without the hype. Protein is vital for muscle repair and carbohydrates for energy replacement. Chocolate milk is considered a complete protein as it contains good quantities of all nine essential amino acids, which the body requires but cannot produce. Chocolate milk actually contains 18 out of the 22 amino acids found in the human body. Every time you exercise you are placing your body under healthy stress, resulting in muscle fatigue and damage.

Additionally, chocolate milk is high in calcium for strong bones, which becomes increasingly important as we age, helping prevent osteoporosis. However, did you know you actually require vitamin D to absorb calcium? Bingo, chocolate milk has both, handy when hitting a car door. Chocolate milk also contains magnesium, vitamin A, vitamin B12, phosphorus, zinc, and potassium. All critical for good body function.

Sure, you don’t need the chocolate flavour, but seriously who doesn’t love chocolate? I would also argue that cow’s milk and cane sugar are quite natural unrefined foods. Compare this to the weird concoctions of powders and sweeteners you find in ‘scientific’ recovery drinks, the long term consequences and interactions in the body of some of which we don’t even understand. But hey, that’s just my two cents and I’ll pop my soapbox away now.

Sure, you don’t need the chocolate flavour, but seriously who doesn’t love chocolate?

Cost
Listen up! Here’s the clincher. Chocolate milk is cheap and easy to access. Many elite athletes have actually started drinking chocolate milk for this very reason. Essentially, you could be riding anywhere in the developed world, find and afford a carton of chocolate milk. So there is no need to lug around your two kilo tub of post-ride recovery powder and shaker cup. Chances are you can buy flavoured milk wherever you stop. Not to mention the many options to choose from!

Hands Down It Wins
Seriously, I could bang on all day about why chocolate milk is a great recovery drink but the facts speak loudly. Chocolate milk sure ain’t rocket science, but it works like it. Give it a go! If you already have a recovery nutrition plan, try swapping chocolate milk in and see what happens. Maybe chocolate milk will just become a good option when you have no options. Regardless, it’s comforting to know it works and it’s a great talking point! 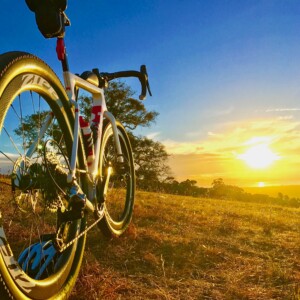 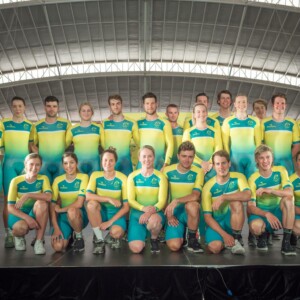