Plant-based diets are becoming increasingly popular globally. In an age where there is a perpetual cycle of diet fads being churned through, is this just the latest trend, that will fade in to obscurity with time? Or is there more to this current trend that might point towards important changes in how we eat in the future?

Eating a plant-based diet has been shown to be hugely beneficial for longevity (living a long, healthy life) and has also been identified as one of the top ways that we can globally reduce our contribution to carbon emissions and the warming of our planet. In a time when we are needing to do everything in our power to look after our planet, the way we eat will become increasingly paramount.

The focus of this article, however, moves beyond the overall health of our planet and the species living on it, and looks at the all-important question we as cyclists need answered:  “will eating plants help me ride faster?”.

Recently it seems that everywhere you turn there’s a new plant-based range of foods or an ‘insta-influencer’ spruiking a vegan diet. Even professional athletes seem to be on board. It has been particularly noticeable since the documentary ‘The Game Changers’ was released late last year which explores plant-based eating in athletes.

The film focuses on both the health and exercise effects of plant-based diets and includes a range of ultra-elite athletes including; top-ranked tennis player Novak Djokovic and formula one champion Lewis Hamilton who follow a plant-based diet.

At present, the evidence for plant-based diets and their ability to improve performance outcomes is rather limited. There are only a few studies addressing this question (and almost none explicitly focus on cycling), however, with the limited available research, it appears there is no benefit, but nor is there any hindrance to following a plant-based diet (1).

To be clear, this is not to say a well-rounded plant-based diet wouldn’t invoke some sort of performance benefit, it’s just that currently the research has not been performed. Nonetheless, there are physiological reasons as to why a plant-based diet could assist your cycling and some researchers are hypothesising it won’t be long until the science catches up and improved benefits may be seen from these diets.

Before jumping into the physiological underpinnings, it’s important to note the difference between a vegan diet and what this article will generally refer to when describing the possible physiological adoptions; a low fat, whole food plant-based diet. These days it has becoming easier to adopt a vegan diet with the rise of mock meats and an array of vegan substitutes for just about everything (cheeses, ice-creams, milks). Whilst these foods do not include animal products, they are generally processed and unhealthy.

In fact, there is one study which shows the consumption of these processed vegan foods can be worse than the standard American diet. The below is written in the context of a ‘low fat, whole food plant-based diet’.

A diet of this nature focuses on eating whole foods in their natural state as found in nature and includes an abundance of fruits, vegetables, legumes and wholegrains whilst minimising or largely omitting animal products and processed foods high in salt, oil and sugars.

Here are some of the ways research shows a low fat, whole food plant-based diet could potentially alter your physiology thereby improving your cycling.

Inflammation can be thought of as your body’s response to anything is or will cause it harm. Things such as infection, stress, injury and toxins can all promote inflammation. The degree of inflammation or ‘stress’ your body is under at any one time can be measured by looking at various markers in your blood. Having lower levels of inflammation is advantageous for your health because you’re less likely to develop cardio-vascular disease, diabetes and even some cancers.

When you cycle, especially at a high intensity or for long durations, you generally put your body under stress which can prompt the inflammatory response to kick in. Markers of inflammation can be elevated during and after cycling and it’s thought that consuming a lot of plant-based foods in your diet can ‘blunt’ or reduce the levels of inflammation reached whilst exercising which may assist with decreasing muscle soreness post-ride and also improve your recovery. Recovery is a huge factor in improving performance; increased recovery allows for quicker training adaptions and could allow athletes to include a larger volume or intensity in their program.

Studies show that a low fat, plant-based diet can decrease blood viscosity (the thickness of your blood) as plant-based diets are generally low in saturated fat and cholesterol (3,4). Having reduced blood viscosity is advantageous because your body is able to deliver more oxygen to your contracting muscles whilst simultaneously eliminating waste products from your muscles. Both these things can hypothetically improve your cycling performance.

For the same reason in which a plant-based diet may reduce blood viscosity (due to the reduced intake of saturated fats and cholesterol predominately found in animal based foods), researchers have shown favourable outcomes in arteries in those eating low fat plant-based diets. One factor which determines how much blood flow you can generate is how ‘elastic’ your arteries are.

As your heart beats your arteries expand to let the blood flow through, however, studies show that with sustained consumption of high cholesterol and saturated fat your arteries become ‘stiff’ and non-compliant, thereby limiting the amount of oxygen available to your working muscles. Even in the short-term after a single meal high in saturated fat, impaired vaso-activity can be seen for up to 4 hours after the meal was consumed (5).

Possibly the most currently established reason as to why a low fat, plant-based diet may improve your cycling is due to the high carbohydrate concentrations typically observed in these types of diets. Carbohydrates are the primary fuel used in endurance cycling and pre-exercise muscle and liver glycogen storage is essential for optimal performance.

It seems that while many of us focus on protein, we seem to be forgetting about carbohydrates. Low fat, plant-based diets tend to be high in whole foods such as legumes, fruits, vegetables and wholegrains all of which are healthful carbohydrate sources providing a high quality fuel to our cells. Carbohydrate intake is particularly important for high intensity activities.

So whilst you may be able to perform endurance rides adequately without the recommended carbohydrate intake, when it gets to the part of your race or ride when attacks are happening or an important climb is approaching and the rubber is really hitting the road (so to speak); this is when a lack of carbohydrate intake will really limit the body’s ability to deliver the power required. A healthly plant based diet naturally will deliver the carbohydrate concentrations required to fuel the body effectively for these types of activities.

Whole food plant-based diets are associated with favourable body mass indexes (BMI’s) which can be very advantages in cycling, particularly when climbing. The reduced fat mass can be attributed to whole-food plant-based foods being low in energy density, whilst being high in nutrients and fibre.

Even when studies compare energy expenditure between two groups where calories/kilojoules are matched between groups, the group following a low fat, whole-food plant-based diet can burn more energy after eating (7,8). One theory as to why this is, is that diets high in fat can modulate the activity of the mitochondria inside your cells. This is important because the mitochondria are the energy production units. If they are not working as effectively as they could be, or there are not as many in your cells, your exercise capacity will be limited. It turns out that the old saying ‘calories in vs calories out’ for weight loss is not entirely complete.

When we exercise for prolonged, or intense periods of time ‘oxidative stress’ can occur (caused by free radical build up). Excessive oxidative stress can cause tissue damage and can even mutate our DNA. Luckily we are able to neutralise these free radicals using antioxidants. However, when the production of free radicals exceeds our ability to neutralise them during exercise, it can result in muscle fatigue, reduced athletic performance and may hinder recovery. Plant-based diets are typically very high in antioxidants and may assist with muscle fatigue tolerance and reduce recovery time (9).

Whilst testing the effects of plant-based diets on cycling performance is very difficult, there is an abundance of research showing the positive health benefits of adopting a plant-based diet, especially for chronic disease management.  The body of evidence is growing and will likely continue to become even greater in the future showing more clearly the mechanisms and performance outcomes that occur when people adopt plant-based diets.

Joel is an accredited practicing dietitian (APD) and nutritionist working in hospitals in NSW, within his private practice and lectures at the University of Sydney. He is aiming to submit his PhD thesis this year which explores plant-based dietary patterns and their relationship with immune function and the inflammatory response.
1.Craddock, J.C.; Probst, Y.C.; Peoples, G.E. Vegetarian and omnivorous nutrition – Comparing physical performance. Int. J. Sport Nutr. Exerc. Metab. 2016, 26, 212–220. 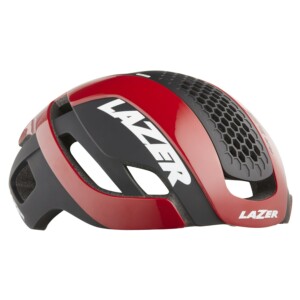 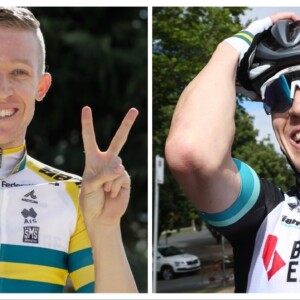