Preparation is everything when it comes to endurance cycling, particularly from a nutrition perspective. For any ride or event that lasts longer than 90 minutes, starting your ride with optimally fuelled muscles is the simplest thing you can do to perform physically for an extended number of hours. And a good breakfast is not enough – ideally preparation should begin a day or two before a big event and a couple of extra snacks or a pizza meal just won’t do it.

If you are riding in an event or training session that is likely to go for longer than two to three hours, your nutrition preparation should start two to three days before the event to help carbohydrate-load the muscles. It does not have to be difficult; simply aiming for five to six carbohydrate-rich meals based around rice, bread, pasta, fruit and cereals will help to fully load your muscles with glucose in the form of glycogen. If you struggle with eating this large volume of carbohydrate, another option is to add in a couple of extra carbohydrate-rich drinks in the form of low fat fruit smoothies, juice or shakes so you can drink your extra carbs which is far less likely to leave your feeling heavy and bloated if you are not used to eating a lot.

24 Hours Before an Event

This is when things start to get a little more serious, especially if the ride you have planned is a race or competition where your muscles will be working at a high level for an extended period of time. Again, five to six carbohydrate-rich meals every two to three hours will give you a strong baseline. Shifting your focus to carbohydrate-rich meals is not difficult – simple swaps such as breakfast cereal instead of eggs in the morning or a pasta or rice based meal for both lunch and dinner rather than sandwiches or meat and vegetables will shift your fuel intake from protein to carbohydrate relatively easily.

Next, make sure that you also include a carbohydrate-rich snack in between your main meals. Good options include low fat fruit smoothies, bagels, low fat muffins or banana bread, raisin toast, sandwiches or toast. All of these foods are digested relatively quickly but will give your muscles a significant load of carbohydrate. Another little trick to really bump up your fuel stores is to add in a glass of 100% fruit juice to enjoy with both your lunch and dinner. And perhaps the most popular trick is to also enjoy a low fat dessert – low fat ice cream or custard teamed with Milo or banana are good choices. When you consider that these simple additions and swaps will give you a massive 200-300g of extra carbohydrates the day before you race, a little more focus on carbs really is worth it.

While a few days of carbohydrate-rich eating can do wonders for your fuel stores, unfortunately fluid loading does not have the same effect. The kidneys are extremely effective at maintaining fluid balance in the body, which means that drinking more and more is not the best option; not only will your body excrete any extra but you are also likely to be up half the night peeing. So, the day before a big ride, simply focus on getting enough fluid, which is likely to be between two to three litres depending on your body size. As a general rule of thumb, an active adult requires two litres of fluid with an extra 500-1000mL for every hour of training that we do. If you do suffer from cramping, you could try adding an electrolyte replacement to your water bottles which may see the body retain a little more fluid than it usually would – eight to 12 hours before a race is a good timeframe for this.

Typical attempt at a carb load

Finally but most importantly, while preparation is crucial for any big ride, just because you have eaten well the day before does not mean that you can skip breakfast, no matter how early it is. The eight to 12 hour fast overnight means that your liver stores of fuel have been depleted and topping them up is crucial to support optimal delivery of fuel to the muscles over several hours. The best pre-ride meal options are easily digested but contain both carbohydrates and protein to ensure gradually fuel release to the muscles, avoiding a glucose high and subsequent low that can accompany a heavy carbohydrate meal such as bananas, cereal or energy bars that lack protein. Good options that have a balance of proteins and carbohydrates include cereal and milk, toast with peanut butter, liquid meal drinks or even a toasted sandwich if you can stomach it.

2) Place all vegetables and chicken into a deep, round cake tin. Mix pasta sauce through mixture and sprinkle top with cheese. 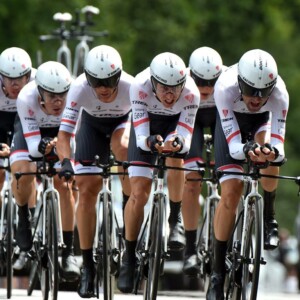 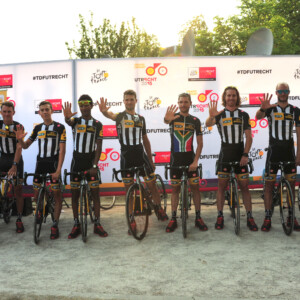