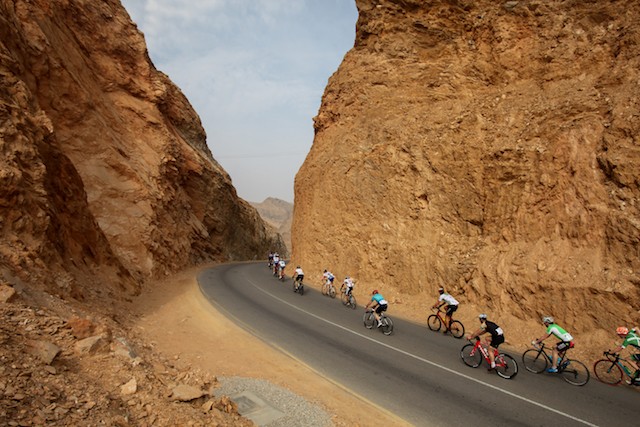 In this fascinating insight into cycling Oman, Bowral Classic Race Director Will Levy offers a background into the region’s two-wheeled options and tells us about a unique new Haute Route 3-day challenge + 10-day cycling safari to Oman in early 2019.

The country of Oman has an interesting modern history. Oman’s leader, His Majesty Sultan Qaboos bin Said, came to rule in 1970 after a bloodless coup to take over from his father. At this time, the country was in strife. There was an infant mortality rate of 75% and education was not a priority with only three schools throughout the country. What is more, from a cyclist’s point of view, there was only 10km of paved road. Things have changed since the 1970’s. Gone is the high infant mortality rate, there are now over 30 universities and higher education institutions, world class hospitals and over 30,000km of beautiful tarmac strung throughout the country.

This was my second trip to Oman. In February 2017 I went to watch the Tour of Oman and ride the course with a group of industry professionals. This time I was back for the Haute Route Test Event.

A test event is just that, for riders to go out and confirm whether the route will be too hard, too easy or just right, a little like the Goldilocks fairytale.

In the lead up to the Haute Route Test Event, riders were told to prepare their bike for some serious hill climbing. Low gearing was highly recommended – compact with a 32. That was warning number 1 then warning number 2 was to leave your carbon rims at home, riders were instructed to bring alloy clinchers with low profile rims. You do not need to be too seasoned of a veteran to know that their suggestions meant that we would be going up AND down some pretty serious climbs.

Stage 1 stats : 98km with an astounding 3,403m of climbing, going up Jebel Akhdar – aka the Green Mountain. 7:00am, 20 riders rode out from Nizwa, 545m above sea level. We were a social bunch for the first 10km, then things changed. The bunch splintered well before we hit the Police check point at 1km into the climb – from this point on no 2WD vehicles are allowed pass – except on this day when bikes were allowed. During the next 14km most of us were out of the saddle while tackling 10-17%. We reached the first rest stop at 24km, 1,958m above sea level.

For the next 74km, riders never descended lower than 1,818m and we topped out at 2,262m. With a combination of switch backs, steep and long climbs and a few flat sections we found our individual rhythms. Of course what we rode in one direction we would soon see as we rode back to the stage finish, back at the first rest stop. At the turn around we were looking over the second largest canyon in the world, the largest being the Grand Canyon.

Stage 2 stats : 128km with just 2,590m of climbing. On the 50km of ‘flat’ riding from our hotel to the base of the first climb we rode through traditional villages with their palm dates and water runs. The contrast of the desert, blue skies and palm dates is something that is a lasting impression of beautiful Oman.

The first scheduled climb was labeled as a ‘European style climb’ – locals called it Al Hamra, a 23km climb with a total of 1,353m ascent, avg 6% and topping out at 1,950m. Jonathan Shubert is the KOM of this climb at an astounding 1:14:11, averaging 18.5km/h. This was not going to be challenged on this day.

Back down in the valley it was 36C, we were all aware that the next climb included a section of 3km with an average of 14%! The climb of Jebel Shams, definitely not a sham, officially began at kilometre 118. As roads are relatively new in Oman, I can only assume that they had a different train of thought when it came to switchbacks, they are completely different to let’s say Alpe d’Huez where their corners give riders a slight reprieve.

The Haute Route events are all about putting on multi-day cycling events which are tough. There is no doubting that we all remember days which a tough on the bike. Stage 2 will be one of those days which will take a long time to fade from the memory bank. The steepness, temperature and the exotic location are still burning in my brain, all in a good way.

Originally, for Stage 3, we were going to be riding back up the first part of Stage 1, up Jebel Akhdar, just the first 14km up to 1,958m above sea level. People were not smiling so much anymore at the thought of riding back up this wall. Then we had briefing. The organisers mentioned that Stage 3 would see riders go up another climb, a much easier climb. You could almost hear the easing of people’s hearts.

Stage 3 stats: 9.3km with 343m of climbing.The next day we transferred from Nizwa by bus out to the base of Misfat. The ITT would take off from the village below. One by one we set off and rode through a quintessential village, around some round a bouts, past their dirt football pitch and then up the 4.13km ‘segment’, average 7%, climbing 299m and topping out at 949m.

Our adventure did not stop at the top. After a change of clothes we were then invited by the village elder Mohammed for a walking tour of the ancient village. Hearing stories of how the water is equally shared amongst the villagers via channels, why they eat their dates in odd numbers and sharing an Omani coffee were just some highlights of another day in Oman.

In general, riding in Oman is very safe, interesting and challenging. We had a few days riding in the Capital Muscat before the event. The terrain through which we rode resembled something like what you would imagine as moonscape with a black ribbon of a road cut through the limestone countryside. Occasionally, you encounter roaming camels, goats, donkeys and wild cats. The law of Oman states riding bikes in the hard shoulder on the freeway is legal and any vehicles caught driving in the hard shoulder is punishable by prison!

Stunning scenery along the route of the challenging, mystifying and scenic Oman adventure.

Much More Than Just The Riding

The adventure to Oman was not just about the ride, there was also time to experience the old port, the Gulf and surrounds of Muscat. A must see is the Sultan Qaboos Grand Mosque which was opened in 2001. It can comfortably fit 20,000 people at the one time to pray. We also visited the fish market where colour abounds from both the fish and the characters who are there to buy, filet and sell their stock. Another must visit location is the souk, the cities bazaar. Never will I forget the smell of frankincense wafting through the air, creating a dense cloud throughout the market. The stall holders kindly encouraged you into their stores to buy candles, incense, silver, gold, frankincense and funnily enough myrrh.

The inaugural 3 Day Haute Route Oman will be held in March 2019. twowheeltours will offer a fully catered 10 day tour in combination with the event Sunday 24th February – Tuesday 5th March 2019. This Middle East adventure is one not to be missed, we’d love you to come and experience something completely different.

For further details and to book your place visit https://twowheeltours.com.au/haute-route/oman-2019 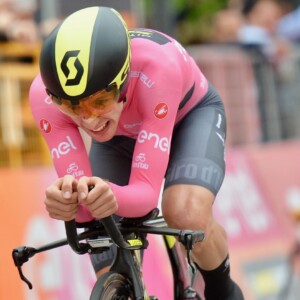