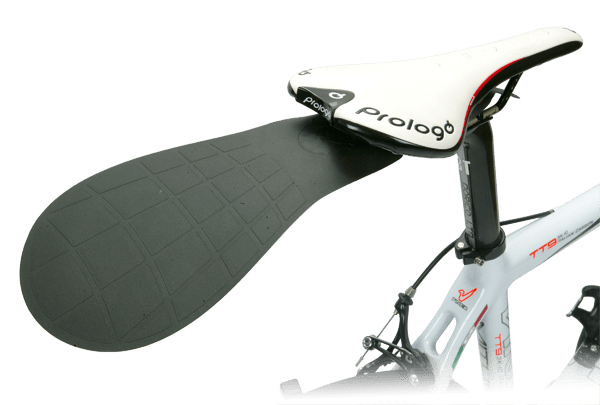 Sometimes the simplest of products can really be the best. This little gem, the Polisport Beaver Tail is one such item. I guess all of us have been in the situation where we’ve been caught out in a sudden downpour while out on the bike. When you’re out training this isn’t really a big issue. You just deal with it, take the corners a bit easier and have a long hot shower when you get home. But on other occasions it can be a bit different, going to work for example. Hands up who of us has been in the situation where you’ve been mocked by a non cyclist co-worker because of the big brown stripe up your back that you got riding to work in the wet? Or have you ever felt uncomfortable popping into the shop on the way home because you think everyone is looking at your dirty kit and wrinkling up their noses? Well if that’s a situation you’ve been in, take a look at the Polisport Beaver Tail.

This item is what you might call a removable mudguard. It is 43cm long and 16cm at its widest point. You can keep it in your backpack until needed and you won’t notice it because it only weighs 42g. If it begins to rain you whip out the beaver tail, squeeze it so that it forms an arch along its length and slide it under your saddle. The indents will catch on the rails and voila! Instant rear wheel mudguard. Anyone who lives on the East Coast can vouch for the wet summer we’ve had. The Beaver Tail was able to handle all but the wettest conditions. At under $10 it could be the best value insurance against a dirty bottom you’ll ever see. 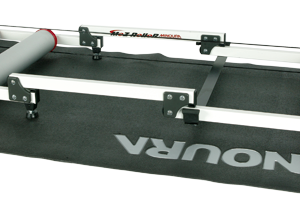