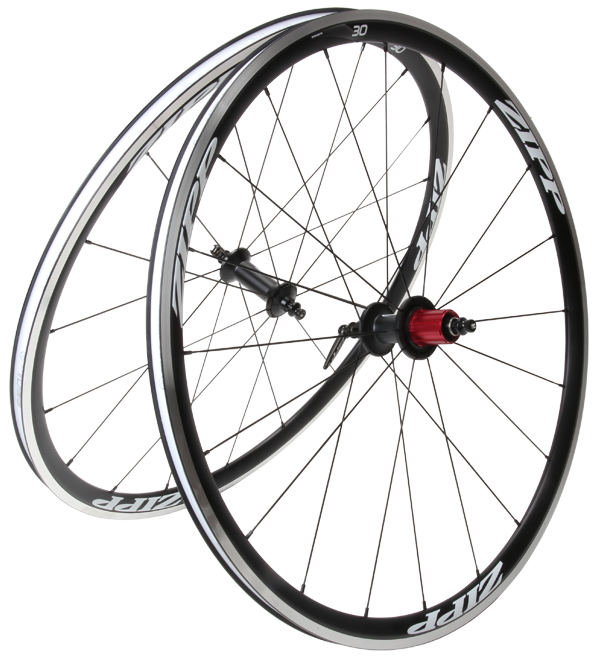 Until recently the SRAM-owned ZIPP resided exclusively in the upper echelons of wheelsets, thanks in large part to the much drooled over Firecrest series. Depending on who you talk to this meant SRAM’s decision to introduce a more affordable range of clincher wheelsets – ZIPP 30 and ZIPP 60 – earlier this year was either a stroke of commercial genius, or a risky move away from its ultra-high performance heartland. Peter Maniaty put the entry level versions of the much-heralded 101 and 404 wheelsets to the test. And wasn’t disappointed.

When I think ZIPP I think of deep rims and aggressive aero styling. Given this, on removing the ZIPP 30s from the box I have to confess my first reaction was just a touch underwhelming. Yes, they sport ZIPP’s trademark logo and monochromatic colour scheme. But accommodated within a 30mm rim, somehow they just looked a little, well, plain. Not that there’s anything especially wrong with this, of course; minimalism is exactly what many riders are after these days. Performance-based substance before aesthetic style.

The second thing you’ll probably notice about the ZIPP 30s is the weight. It’s not that they’re outrageously heavy. But they’re not light either. My initial reaction was I wouldn’t want to race or climb on them (even though I did both and was very pleasantly surprised, more on that in a moment). A little digging online revealed ZIPP 30s, weighing in at 1655g for the set, are indeed heavier than most of their rivals with similar rim depths. Of course weight isn’t everything, especially when it’s counter-balanced by aerodynamic design. To quote an old advertising campaign, “be alert, but not alarmed.”

Whilst they may not look like the fastest wheels around, ZIPP 30s are still very much touted as being aero. The technical folks at SRAM say you’ll save 42 seconds over a 40km ride compared with a standard box-section rim in common wind conditions. That’s a significant number, although I can’t say I noticed much of an efficiency gain the first time I rode on them; my legs hurt just as much as usual. What I did notice almost immediately however was they were remarkably quiet. Cruising downhill in the still of the early morning, you can only discern the faintest hum of the freewheel. Any external noise and they’re pretty much silent.

Racing is where the biggest surprises came. The ZIPP 30s performed so much better than I was expecting; on occasion I had to check that I had the right wheels on my bike. I did. They handled super confidently, climbed short pitches with ease and were far smoother than I’d anticipated. Whilst not blisteringly quick off the mark, they held their speed extremely well in the bunch kick too – enough to place me sixth the one time I took them racing; a solid return based on my usual efforts amongst similar foes. But perhaps the strongest praise I can give the ZIPP 30s is they felt lighter than they actually are. Much lighter. Clearly, the SRAM engineers were right after all.

Bottom line. ZIPP 30s are excellent shallow-profile aero clinchers. At $1,099 RRP they offer an accessible entry point to the world of aero design without having to put a second mortgage on the house. They’re smooth, versatile and, dare I say, bulletproof. Ideal for an emerging rider to use on training and social rides, even club racing. Whilst you may find wheels with similar spec for less money, few brands have the history and aerodynamic street cred of ZIPP. If you appreciate high quality and understated styling but aren’t quite ready to spend the really big dollars on high-end aero wheels, these may be just what you’re looking for. 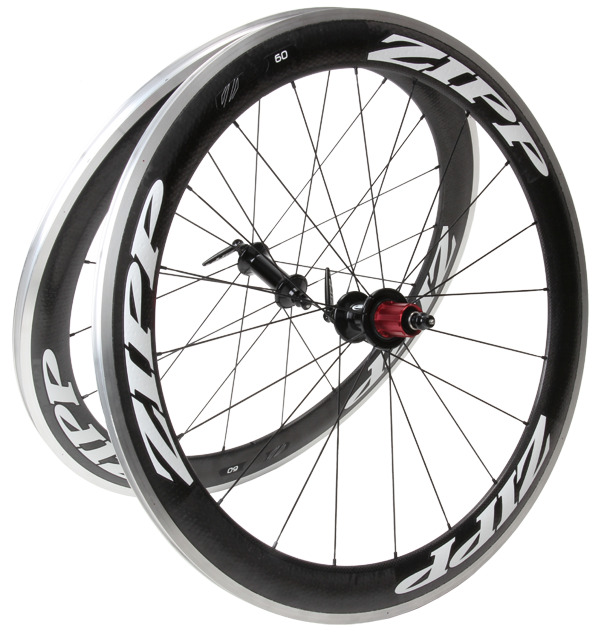 At first glance the deep black carbon rims of the ZIPP 60s are reminiscent of their considerably more expensive siblings, the magnificent ZIPP Firecrest 404. Clearly this is not a coincidence. Your ride partners and opponents will notice them. For while they may be entry level, these aero hoops still scream attitude. It’s also mighty hard to miss the triumvirate of massive white ZIPP logos on each side of the rim. Subtle the branding is not.

As for performance, the 58mm dimpled hybrid toroidal rims certainly look aero. Paired with a new set of ZIPP Tangente tyres rather confusingly labelled ‘Open Tubular’ (which are, in fact, clinchers), I expected big things as I rolled out for a few laps of Sydney’s Olympic Park. First impressions were good. But just to be sure I took them racing.

When it comes to bikes and gear, I’ve never been especially concerned with the scientific minutiae, but rather real world experience. And in the real world these wheels were impressive. On technical sections they cornered confidently. They accelerated well, again without being blindingly fast. They rolled smoothly without being too spongy. They were stiff without being too jarring; overall a refreshing balance between compliance and comfort. They’re also a lot quieter than I expected – even when smashing through the gears out of the saddle. If you get self-conscious from a noisy freewheel or the whir of deep rims on the bell lap, try these. You could ride them in a library.

Crosswinds are the nemesis of many deep rim wheels. Whilst Mother Nature was kind and I never rode in truly exposed or blustery conditions, I didn’t have much trouble on the odd moments when I did encounter a little breeze. Climbing performance was solid. But on longer inclines I did notice the extra weight of the ZIPP 60s compared to both the ZIPP 30s and, not surprisingly, my usual wheels (25mm carbon clinchers). Keep the 60s in your kit bag for flatter courses.

Whilst certainly not the heaviest wheels in the 60mm aero class, tipping the scales at 1,820 grams ZIPP 60s are a little on the beefy side; something I was reminded of when carrying my bike up the stairs to my unit after each ride. They weigh around 300g more than ZIPP 404s, for example (that’s about the same as a tin of Italian tomatoes). However at $1,999 RRP they also come at around half the price. On the considerable upside, the familiarity of an aluminium braking surface will no doubt be a major drawcard to riders upgrading from lower profile alloy wheels too. It means no need to swap out brake pads when switching between training and racing wheels if you have a set of aluminium everyday rollers. This used to be a particular pain in the saddle for this reviewer who hopes he never sees another allen key in his life.

So who’s going to buy ZIPP 60s? Well, I think there are two groups who’d be crazy not to consider them. Firstly, solid club riders looking to upgrade to a genuine set of aero wheels for racing but don’t have unlimited financial resources. Secondly, dedicated social riders who appreciate quality and perhaps like to show off a bit on the coffee ride. I fall into the first category and would quite gladly run a set of ZIPP 60s every weekend given the chance. 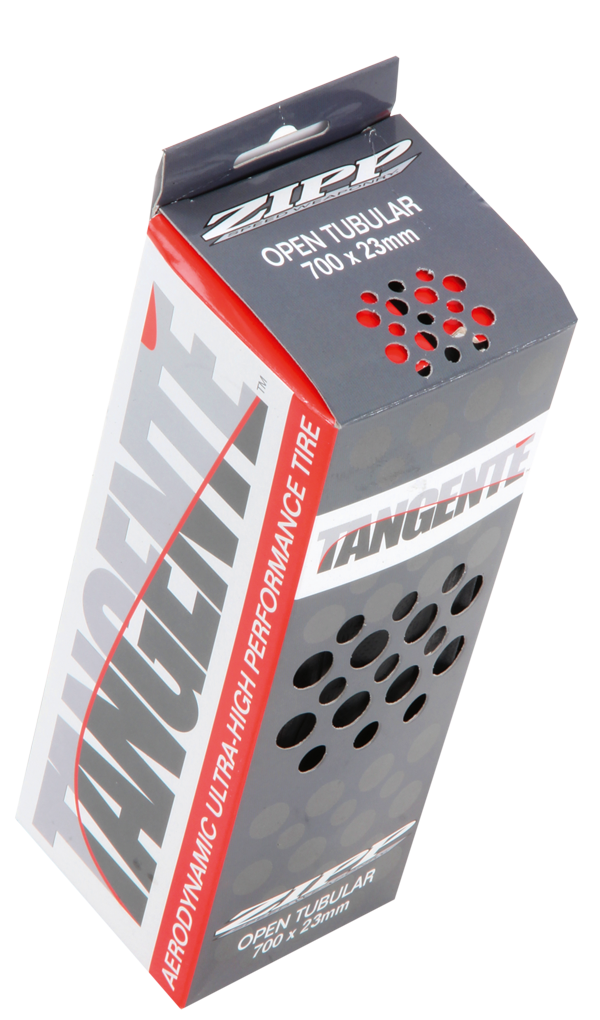 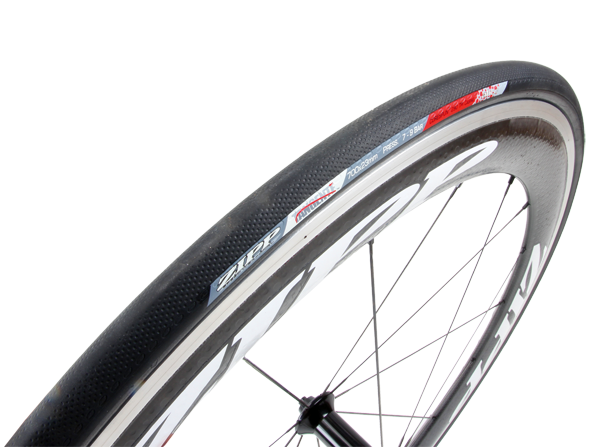 You can’t knock ZIPP’s confidence. When the box trumpets “Aerodynamic Ultra-High Performance” your tyres had better be fast. And I can say these most certainly are. Like most road cyclists I have my favourite brand of tyre. I’ve never really felt at home on anything else over the years. But hand on heart, the Tangente 23mm clincher tyres were just as good. Maybe even better. Like most things from ZIPP, these tyres were designed in a wind tunnel and the tech specs say the optimised tread pattern offers 1-3 watts improvement on the overall wheel aerodynamics. What I can say is the rolling resistance was excellent and the cornering felt incredibly assured, even in the wet. The fully synthetic dimpled Tangente design also features a Corespun PolyCotton anti-puncture belt underneath the tread centre. Sadly, this was of little assistance when I slammed into a rather large pothole at about 38km/h on my very first ride on the things. I didn’t so much puncture the tyre that morning as shred the side wall on jagged bitumen. This would almost certainly have happened on any road tyre, mind you, so no markdown for that. The good news was the tube (and later at home, the tyre) was easy to replace even in the pre-dawn gloom. I also managed to navigate the 24km trip home on the damaged rubber without further incident. As for value for money, well, at $96.95 RRP each they’re not exactly cheap. But chances are neither are your wheels or the rest of your kit, right? To run bargain basement tyres on an otherwise high quality carbon steed would be like lashing out thousands on a top-end sports car only to fill it with E10 petrol to save $7.45 at the bowser. I wouldn’t do that; which is why I may just have found my new favourite tyre. 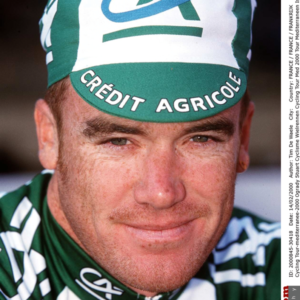