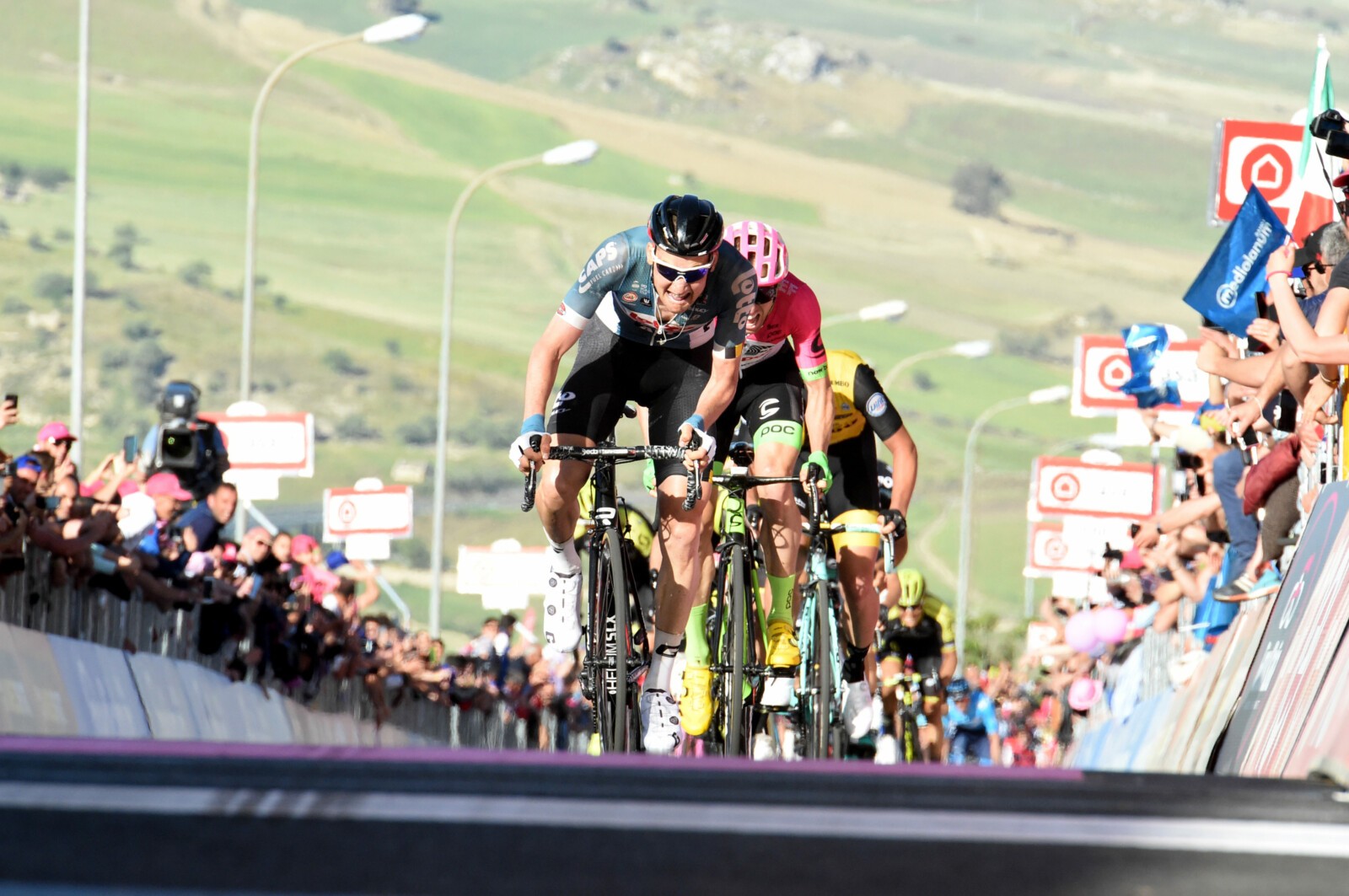 In epic and thrilling racing, the 174 remaining riders of the 101st Giro battled through 202km of stunning countryside including 3000m of elevation. Action and attacks came thick and fast – the day far more resembling a pivotal finale than opening homeland stage.

“It is great to keep the Maglia Rosa for another day,” said a joyful Rohan Dennis after the podium presentation.”The team did everything possible to put me in the best position and then I had a couple of guys around me until the final bit. It was a bit stressful but I managed to stay up there.

Dennis added that ideally he would have liked to use the stage to build upon his slender lead. “If I was feeling good, I could try and take the sprint,” he said. “But with 250m to go, I knew it wasn’t possible, so I just made sure there were no big gaps.”

“It was a hectic day – there were a lot of corners and a lot of people on the roads,” he continued. “It was just about trying to stay out of trouble in the last 10km until the bottom of the climb. It’s a big achievement to keep the Maglia Rosa for another day. It’s all thanks to my teammates, I can’t thank them enough.”

The Giro d’Italia continues tonight with the 150km Stage 5 – the action can be viewed commercial free on Eurosport with Stage 4 highlights from 8pm and live racing from 9:15pm.

Rohan Dennis Discusses His GC Aspirations In A Girona Cafe 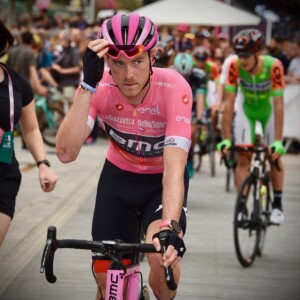 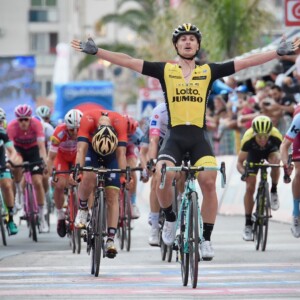