Miles Scotson may be just 22-years-old but has already achieved an enormous amount on the bike – he was 2015 Australian U23 Road and Time Trial champion, is a dual UCI Track World Champion and this year rode solidly as a stagiaire with Belgian Pro Continental team Wanty-Groupe Gobert.

In 2017 the talented young South Australian will be riding for the BMC Racing Team at WorldTour level, joining fellow Aussies Rohan Dennis and Richie Porte in the line up at the US registered Swiss super team.

BMC Racing Team General manager Jim Ochowicz saying Miles is would be an excellent addition to the team’s 2017 roster particularly considering the other high-profile Aussies on board.

“At BMC Racing Team we believe it is important to nurture the next generation of cycling talent,” Mr Ochowicz said.

“Miles in an excellent time trialist and this year won the individual time trial at the Olympia’s Tour, before going on to win the bronze medal in the U23 time trial at the UCI World Road Championships in Doha. With the emphasis we place on our individual and team time trials it’s exciting to add a young talent like Miles to our ranks.”
Scotson is looking forward to joining BMC Racing Team, particularly with the team’s Australian connection.

Thrilled to be making the huge career step, Miles joins younger brother Callum who has been signed with the BMC Development Team for 2017.

“My motivation to sign with BMC Racing Team is that it’s always been a team I’ve admired,” said Miles after the announcement.
“The team has a strong classics squad and and are two-time world TTT champions and both are areas I’d like to target as a professional so I think the team is a perfect fit for me.

“I’m hoping to adapt to professional racing in Europe as fast and possible and learn from the experienced riders in the team,” Scotson concluded. 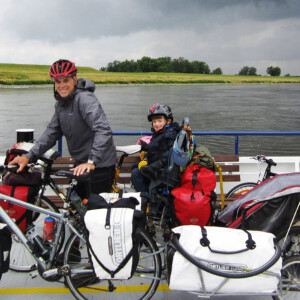