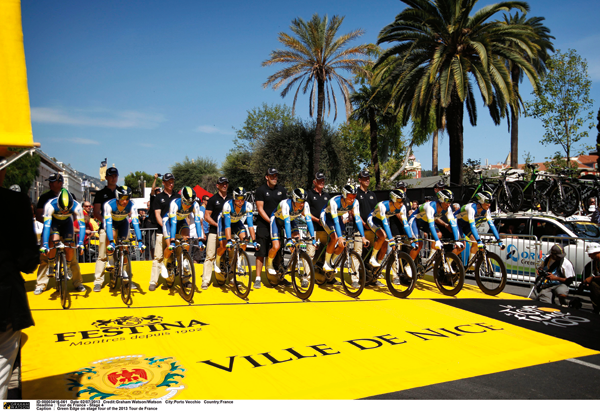 The 100th Tour de France ushered in an exciting new era of competition after so much controversy in the preceding 12 months. Very few allegations of doping emerged this year and a batch of new faces have injected serious competition and interest to the pinnacle of bike racing.Coming into the 100th edition of the Tour de France, the two names on everybody’s lips to take the maillot jaune into Paris were Chris Froome and Alberto Contador. The former yet to win a grand tour with the latter chasing his sixth. What transpired was 23 days where it really seemed the Kenyan-born Brit was the only man on top form for the longevity of the race while the Spaniard suffered his biggest loss time-wise in a grand tour for eight years. Moreover, it was the young German Marcel Kittel that stole the show in the sprints, taking four stage victories and convincingly beating the more popular names of Mark Cavendish and Andre Greipel. 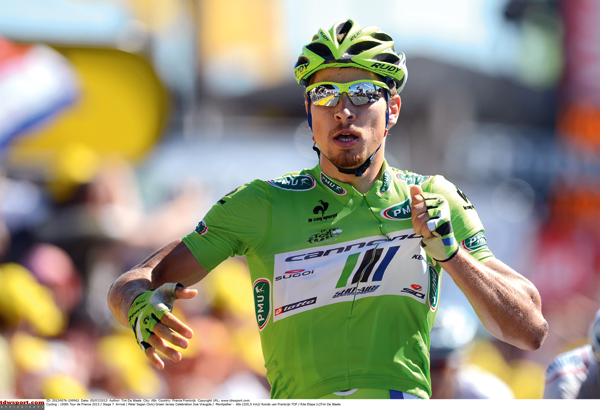 The initial jaunt through Corsica saw Orica-GreenEdge take line-honours twice – once for the team bus on stage one and the second being stage three, which started in the hometown of Napoleon Bonaparte and ended in yellow for Simon Gerrans after a perfectly timed sprint over eventual green-jersey, Peter Sagan. With yellow in tow, the ferry-trip to the mainland must have inspired something in the Australian team as they swiftly took another stage; the Team Time Trial just across the Mediterranean in Nice, trumping bigger, most established TTT outfits. As the race turned west across the flatlands of France, the sprinters took what they could with Cavendish, Greipel and Sagan all notching up a stage to add to fellow-fast man Kittel’s on Stage 1. By the time the race entered its second week and the Pyrenees, Peter Sagan already had a commanding lead in the race for the green jersey. Those game enough to announce the green jersey race over on Stage 7 may also have gone so far as to say on the following stage to Ax-3-Domaines, Chris Froome had one arm in the final yellow jersey too after an assassination of his GC rivals up the Category 1 climb not seen since Contador and Verbier in 2009. 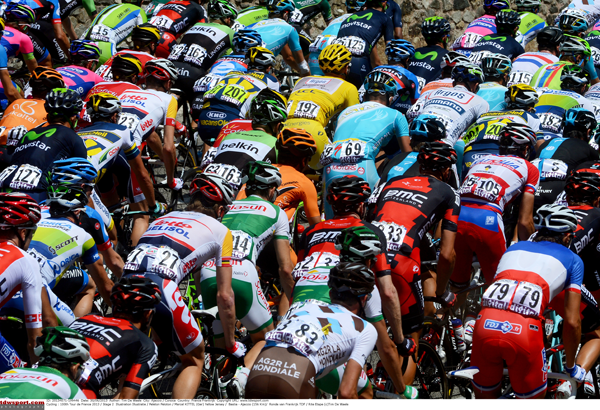 On Ax-3-Domaines and the Mont-Saint-Michel Time Trial alone, Froome put 5:01 and 5:23 into his podium colleagues Quintana and Rodriguez, who eventually finished 4:20 and 5:04 behind the Brit respectively. The intermediate stages through the heart of France saw Cavendish add one and Kittel add two stages to their victories in the first week, Stage 12 into Tours seeing the 25-year-old German after coming out of the Manxman’s slipstream to outsprint Cavendish – something rarely seen. Sagan continued to build on his Green Jersey lead however, taking advantage of the large amount of points on offer at the intermediate sprints. 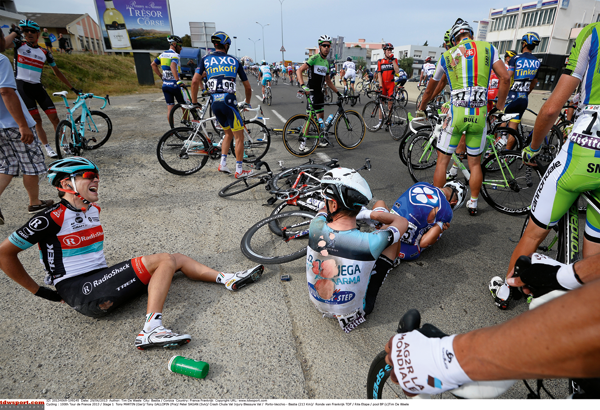 The highly successful first week for Orica-GreenEdge didn’t translate into further stage wins unfortunately, with Michael Albasini beaten into second by Matteo Trentin on Stage 14 into Lyon. Simon Clarke was also unlucky not to nab a stage after several courageous attempts while Cameron Meyer followed up promising form in the Tour of Switzerland with a ninth place from a breakaway on Stage 16, terrain that perfectly suited his capabilities. However it was Matt Goss that was again disappointing. GreenEdge’s marquee signing in their debut year could only manage 11th place on Stage 10 as his best individual result. Since coming to GreenEdge last year, Goss has failed to find the form that netted him Milan-San Remo and a World Championship podium in 2011. The race headed into the final week which would include three summit finishes up the legendary Mont Ventoux, Alpe d’Huez and Annecy-Semnoz. Although Froome was in control on top of the General Classification, one had the feeling that the Spanish armada of Joaquin Rodriguez, Alberto Contador and an unlucky Alejandro Valverde (who was sitting second on GC until a broken wheel on Stage 13 lost him close to 10 minutes) had yet to play all their cards. 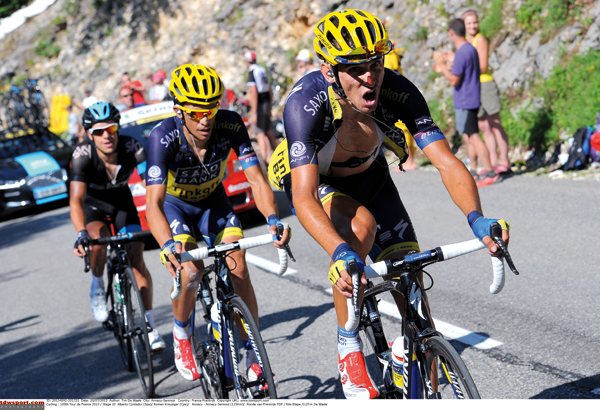 It was indeed on ‘The Giant of Provence’ that 23-year-old Colombian Nairo Quintana proved that he could indeed go the three-week distance in his first Tour de France. Quintana attacked the maillot jaune group 13km from the summit of Mont Ventoux – showing a youthful confidence, but also possibly a lack of experience. However, it was only Froome that could catch Quintana in the end and had the Colombian not attacked so early, it may have been he who took the victory. 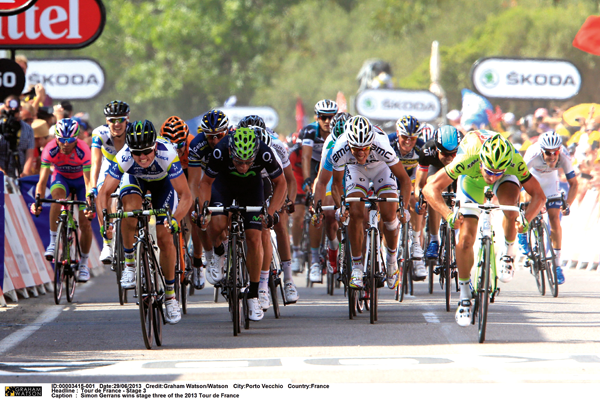 Froome then dominated the 32km Stage 17 Embrun Time Trial that included two Category 2 climbs made all the more difficult by the damp descents. The Briton went through the second time-check at 20km 11 seconds down on Contador after changing bikes, but went down hill like a demon to turn the deficit into a nine second victory over the Saxo-Tinkoff captain at the finish. By this point in the race with three major Alpine stages yet to race, Froome held a commanding 4:34 lead over Contador in the overall standings. 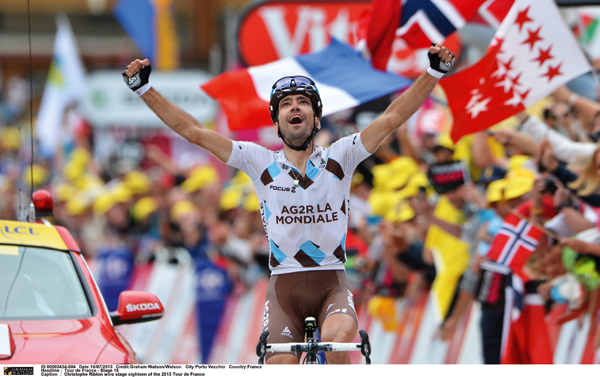 Up until Stage 18, there had been 15 climbs registered Category 2 and above, however the next three stages yielded a further 12. The queen stage of the tour took the 175 remaining riders up the famed Alpe d’Huez twice and down the controversial narrow and never before used descent of the Col de Sarenne. The climbing dynamos of Quintana and Rodriguez came into their own late on the second ascent of ‘le Alpe’, finishing over one minute clear of a hunger-flatted Froome and loyal teammate Porte. Portugal’s Rui Costa, 26, nabbed a stage in Le Grand-Bornand to add to the one he claimed in Gap just three days earlier, however it was the final mountain stage of the Tour to Annecy-Semnoz that showed both Quintana and Rodriguez’s form had arrived just too late. Quintana bolted ahead of the Katusha rider and Chris Froome one kilometre from the summit to claim both his maiden Tour de France stage and also the King of the Mountains title to go with his best young rider jersey, the first ever rider to claim both jerseys in the same tour. 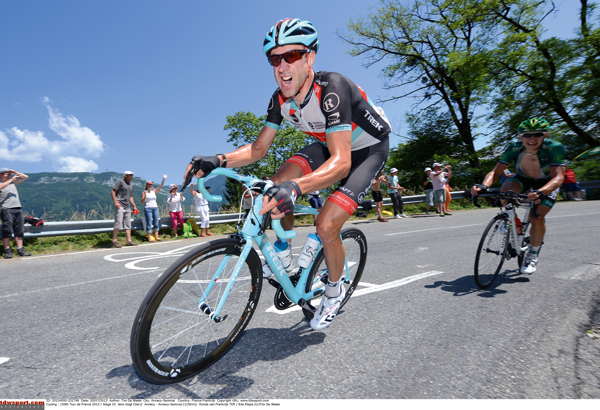 In the concluding three stages through the Alps, Quintana and Rodriguez took 1:35 and 1:14 from Froome respectively but it was too little, too late as the Sky rider had carried the most consistent form throughout the tour, adding the Tour de France title to the litany of GC successes through 2013 including the Criterium International, Tour of Romandie and Criterium du Dauphine. 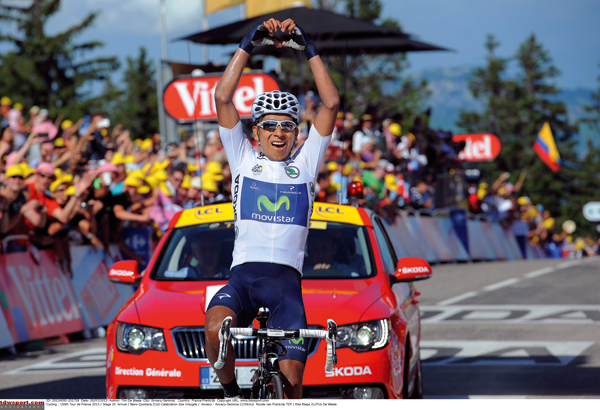 In terms of wider Aussie fortunes, Tasmanian Richie Porte was instrumental in supporting Froome to the yellow jersey and for most of the race looked like a genuine GC contender if not for some unfortunate time-losses. The 2013 Paris-Nice champion proved his pedigree as arguably one of the world’s best domestiques in the high mountains. Still at only 28 years of age, his prime is still ahead of him and one could see Team Sky taking Porte to either the Vuelta or Giro as outright leader. Froome and Porte’s friendship was evident as the leader/lieutenant relationship for Sky at this years tour certainly provided a harmony that the British outfit could not have dreamt of with Wiggins and Froome last year, perhaps Wiggins withdrawal from the 2013 edition was a blessing in disguise for Sky. 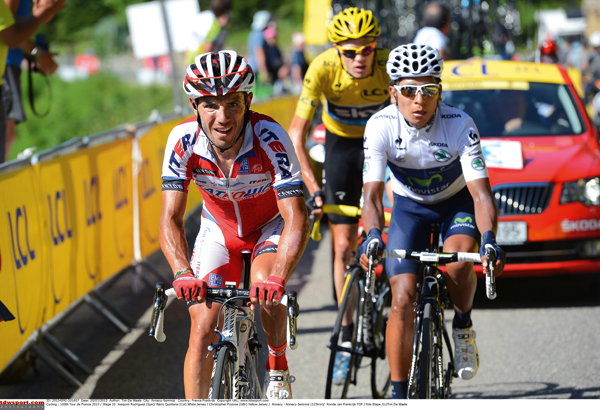 Michael Rogers however was the best of the Australians on the final GC standings and finished in 16th place overall, 26:51 behind Froome. 2011 winner Evans had a disappointing Tour by his standards, the 36-year-old finishing over an hour-and-a-half behind in 39th place. 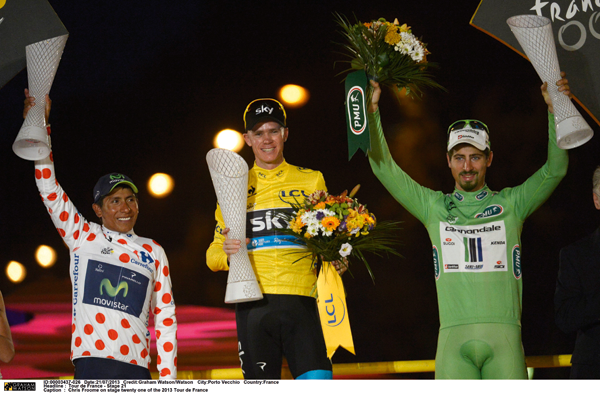 It will be interesting to see the route chosen for the 2014 Tour de France by Race Director Christian Prudhomme as Team Sky’s absolute domination of the tour in the last two years has hinged significantly on the time trial stages. And with what seems a recent dearth of GC contenders who can time trial other than the Sky riders (and perhaps Alberto Contador), foregoing a time trial stage in 2014 would surely see the excitement factor extend all the way to Paris in the 101st edition. 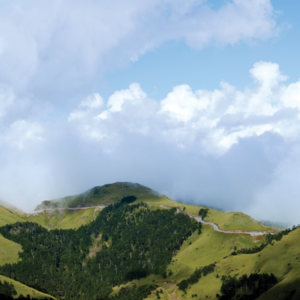