It is so refreshing to meet a great cyclist, who in my opinion will one day win the Tour de France—a man who is breathing new life into the sport world-wide. 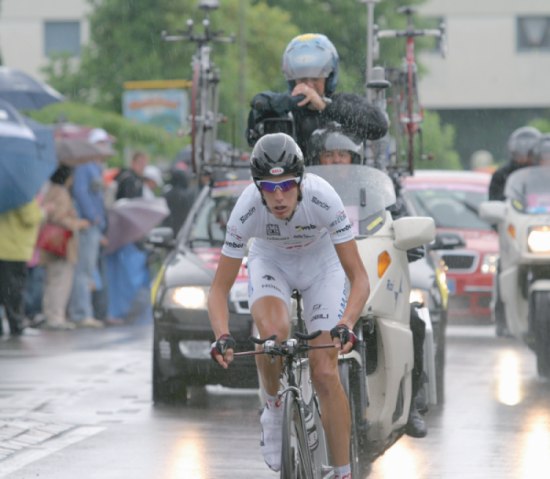 Andy Schleck possesses all the talent, brain-power and raw enthusiasm at the age of 22 to take his cycling career to the very top. It’s rare to meet a man so young, so capable, and so clearly focused on big things. Schleck is a breath of fresh air! In his first Grand Tour the 2007 Giro d’Italia, this then 21 year old, stood on the podium in Milano in second position. By the time the Giro was in the Dolomites Andy Schleck was already showing that he was a force to be reckoned with. Stage 17, finishing atop the Zoncolan was a 142 km stage climbing over 5,000 metres vertically with the final climb often at 22%. With his never say die attitude, Schleck rode, amongst others, the overall Giro victor Danilo Di Lucca, off his wheel. Schleck later commented that the Zoncolan was his finest personal moment in his career so far. There would have been over 100 riders in this year’s Giro who would have claimed quite the opposite sensation of the Queen Stage of the Tour of Italy. Andy Schleck rides for Team CSC alongside our own Australian super star Stuart O’Grady and his older brother Frank Schleck.

Young Schleck seems to have leapt over the hurdles of being a ‘rookie’ cyclist riding for food and straight into Tour de France contention. This is oddly reminiscent of Phil Anderson who in his first Tour de France riding for Peugeot wore the coveted yellow jersey back in 1981. Subsequently, Anderson went on to win over 100 professional races including Tours and Classics. What does this early career success bode for Andy Schleck? To have developed his time trialling skills, climbing skills and ability to stay upright in a bunch sprint at his young age means that he has every quality to win the big ones. He’s already featherweight and strong as a bull, lest we forget hungry as a lion. But I firmly believe his attitude is the thing, that ‘special thing’, that will see him win at least one of the three Grand Tours in 2008. 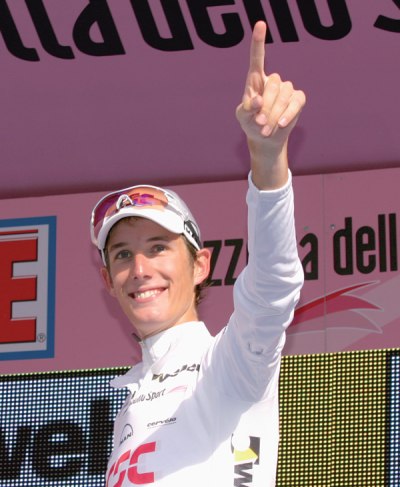 This lad is gifted with both the physical and mental strengths to do whatever he puts his mind to in the world of cycling. Schleck speaks five languages fluently: Luxemburg, from whence he hails, English, French, German and Dutch. He can switch back and forth between them seamlessly and without conscious effort, on or off the bike. He is strong in the mind and focused on his objectives. When asked about his worst moment in cycling, he spoke of the 2006 Paris Brussels saying, “ It was incredible. I was sick and dying before the start. I was dropped in the neutral zone.” Keep in mind that Andy was only 20 years old and still throwing his leg over the bike to start a 200 plus kilometre highly contested professional bike race, even sick as a dog. That makes for one tough kid. Two years hence that same ‘stick-to-it-tiveness’ saw him stomping up the Dolomites and landing in not only the white Jersey for the best young rider in the Giro d’Italia 2007, but a mind blowing second overall! The Schleck as a family are cycling through and through. Andy’s father, Johnny, was a professional and his brother Frank rides professionally today. There is another brother as well, Steve, who does not ride professionally. Andy’s Mum is Gabij. The family support each other and found local sponsors for the boys even as amateurs.

They followed the entire Giro d’Italia this year. It was funny—when asked if he had designs on a podium finish in the 2007 Giro d’Italia Schleck laughed and said, “Not in my wildest dream!” What do you want to bet, how much his ‘wildest dreams’ have changed significantly since May 2007?