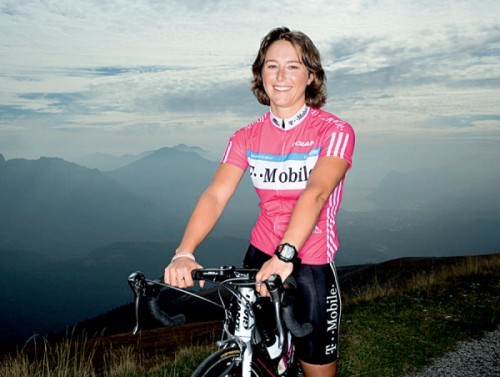 Former World Cup Winner, Multiple National Time Trial and National Road Race winner and Commonwealth Games Medallist Oenone Wood has been settling in with her new team T-Mobile, a squad that features five Aussies in the riding and managerial ranks.

The T-Mobile training camp in Mallorca was a great way to start the 2007 season. I already knew the girls on the team from racing and the team meeting after the world’s last year, but it was a good chance to spend some time together and make plans for the upcoming season. It was also a good opportunity to meet the riders in the men’s team as through the season our racing schedules only occasionally coincide. I think the whole concept of two teams racing under one banner is a really positive step towards raising the profile of women’s cycling and there is a great atmosphere across the whole team. I am certainly looking forward to the start of racing this year and everyone, riders and staff alike, is really motivated. We have some real characters in the team, so I think the season will be a lot of fun.
Hot-Cold Plunge
Mallorca is a great place to train and fortunately, the weather was kind to the Australians—I had been a little doubtful of a European training camp in January, but we had no rain and very mild temperatures of around 15°. One element of the training I did struggle with a little was the early morning core stability sessions. Not quite awake, (and very much before sunrise) the team was introduced to a series of exercises to strengthen and coordinate the core muscles. This was done in combination with post-ride recovery sessions involving stretching, self massage techniques and a 10 minute plunge in cold water. I have done hot-cold plunges before, but never stayed in the cold water for more than a minute. I can definitely say that 10 minutes in the ocean, in the European winter, is invigorating (I felt completely energised as I sprinted back to my room for a hot shower!). Not all the time was spent training at the camp and we had quite a full schedule of planning meetings for the upcoming season, bike fittings and education sessions in nutrition, SRM (power meters) and the new Training Peaks software. 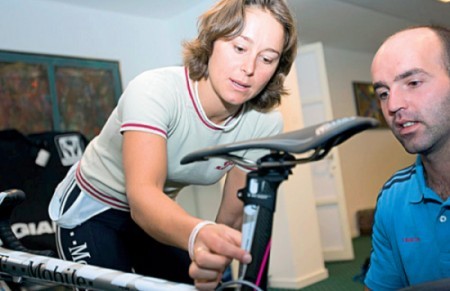 This software is definitely an interesting addition to the program. The entire team will be using the web based software to monitor training and to communicate between the coach and athlete. The athlete can upload any training file onto a site that allows the coach to analyse the training over cumulative periods of time. Being only a fairly recent convert to training with SRM, the learning curve has been quite steep, but I can definitely appreciate that this system will help with keeping my training consistent and specific.
The team has now been able to finalise the racing calendar for the year. We start the season as usual at the end of February in Geelong. The team for the first round of the world cup and Geelong tour consists of the Australian/NZ based riders Teutenberg/Bates/ Rhodes/Wood/Villumsen along with Judith Arndt. This same team then goes across to NZ for the tour and the new one day races. Unfortunately, the NZ round of the world cup has been taken off the women’s race calendar.
Back to the USA
A new addition to the schedule this year is a couple of weeks racing in California during March. T-Mobile has a major presence in the US so it should be lots of fun! There we will join Kim Anderson (the team’s American representative), for the Sequoia Classic and the Redlands tour. Having only raced the Philadelphia Liberty Classic in the States, I am looking forward to doing some racing there. I have heard from other American based riders that the style of racing is quite different from Europe, so this will be a new experience for me. By the end of March we arrive in Europe and will be starting the European season with Ronde van Vlanderen (so definitely no easing into the racing!) From there the team will follow a standard race program of world cups and category 1 and 2 tours. There are a lot of changes for me this year, new team, new bike, (new colours!) and also a new training base. I will be spending my time between races in the north of Spain, right at the foothills of the Pyrenees. This clearly takes away any excuses for not climbing well this year…the big focus for me this season is the world championships in Stuttgart, so the move should be a good opportunity to work on my climbing and endurance. I rode over the world’s course with Kate Bates last year and we both agreed it is going to be really tough. I like a challenge though and I am really confident that I have the support around me in T-Mobile to achieve at a totally new level this year.