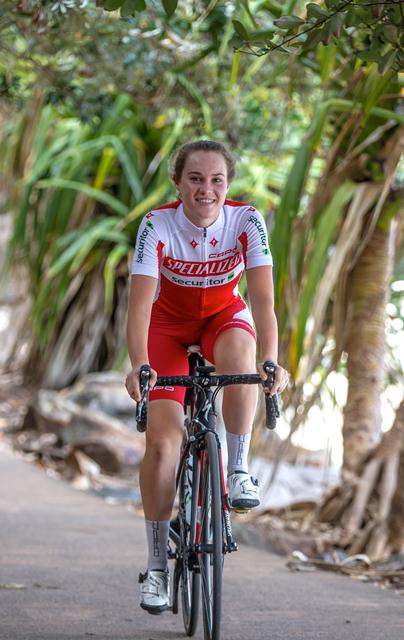 Young, fast and clearly a handful for her rivals, Anna-Leeza Hull is on a skyward trajectory. We sat down with her for a chat.

BICYCLING AUSTRALIA: Where are you now (as we do this interview) and why?

ANNA-LEEZA HULL: I am currently at home completing my HSC. Only one more exam to go and I can relax for a few weeks before moving on and chasing my next goals!

BA: So where is home for Anna-Leeza?

AH: A small village called Modanville in northern NSW, inland from Byron Bay and north of Lismore. It only has a population of about 500 people but the area is beautiful and has some really challenging cycling terrain. I am part of Northern Rivers Cycling Club.

BA: And how did you get into cycling?

AH: Growing up in the country I learnt to ride a bike at about three years of age when I got my first bike from Santa. Always rode a mountain bike for fun around the area with my friends. I started to go adventuring on it, mostly on bitumen but sometimes on dirt roads when I got lost. I would disappear for hours and I really enjoyed it, even the pain … quite often hunger flatting, although I didn’t know that is why I was getting so tired then. I started to ride more with my dad and the Saturday/Sunday social riders on the weekend. NCAS (North Coast Academy of Sport) had an ad on TV for the cycling program applications being open. I got accepted into the program and since then have ridden every day!

BA: What has your NRS experience been?

AH: My experience so far in the NRS has been rewarding and exciting. I’ve only competed in two events but it seems like so many more. I raced as an individual rider representing the Racing Kangaroos but for the 2015 season I will be racing for Specialized Securitor.

BA: Tell us about the teams.

AH: I joined The Racing Kangaroos at the beginning of the 2013 season and have been with them till now. They have been great help in creating a welcoming atmosphere that has gotten me off to a really good start. I’ve mostly only had my dad to train with when I started riding and occasionally the social riders in Lismore, but I outgrew them quickly. I have joined Specialized Securitor for the 2015 season and am extremely excited to be a part of the team. We are meeting up at the Noosa Crit and I can’t wait to get to know the team, I know it’s going to be a great season!

BA: You are just back from the Worlds. Tell us about that experience.

AH: Worlds was a unique experience. It was an extremely exciting atmosphere and there was support from everyone everywhere. I learnt so much in just a couple of races that it has made me so much more motivated to come home and work on my weaknesses and refine my strengths. The racing in Belgium was also beneficial in tactical development and skills that I have never had access to before being from the country.

BA: What does a typical week of training look like for you?

AH: Monday and Friday are recovery days and I like to get in 60-90 minutes of stretching. Tuesday I do a double session with some strength efforts in the morning and usually some more hill repeats in the afternoon. Wednesdays I don’t go to school, so it’s usually time trials in the morning and a power session in the afternoon. Thursdays I will do some efforts on the trainer. Saturday and Sunday are usually longer rides for at least three hours.

BA: Do you have a job (other than cycling)?

AH: I am applying for uni but am not completely sure what I want to do yet. I chose my HSC subjects based on the idea that I wanted to do physiotherapy, but since then I have changed my mind and like the idea of nutrition and biomechanics.

AH: I would consider myself a GC rider. I can climb and road racing has to be my favourite type of racing, but I can also time trial pretty well too.

BA: Some of your favourite rides?

AH: My favourite training rides are in the mountains out the back of Nimbin and also a really hilly ride to Byron. Both have elevation gains of about 2,000m but also have a couple flatter sections where I get smashed in the wind. They’re challenging, but the view is so beautiful.

BA: Have you raced overseas? If so, where, and how was it?

AH: I have raced in New Caledonia, Belgium and Spain for the World Championships. New Caledonia was good fun with a five stage tour containing two individual time trials and three road races.

BA: What’s your program for the year look like?

AH: This season I will be racing the U19 World Championship selection races along with the full NRS calendar.

BA: What makes you a better rider? The equipment, the training?

AH: Training definitely makes a huge difference to how you are able to perform and I find it important to go out and do every session as best as I possibly can to get the most gains from it. Gear can make a huge difference, but it is also a mental game. Before I get anything new, I have to have earned it. I raced all season without a time trial bike until nationals when everyone else had one, but I never let it make me feel like I was disadvantaged, it just made me a stronger rider.

BA: How do you stay motivated?

AH: I love a challenge. Most training sessions I have personal best times and if I say I’m going to beat it this session, then I will. All my little goals make up a bigger picture of something I’m trying to achieve. I just like seeing how far I can push myself and what I can achieve and results are just added bonuses.

BA: Where do you think women’s cycling is at in Australia, especially compared to other countries?

AH: I think the racing side of Australian cycling is really developing well, especially with the NRS. In Europe I have experienced the large number of female cyclists, but they are not all at as high a level as the refined number of talent that we have here. In Europe, it is an everyday sport to ride a bike. Many people in Australia would love to see that happen here but it is going to take time and support from everyone.

BA: Do you think the NRS is a good thing?

AH: The NRS seems to be a really good platform for developing world class cyclists.

BA: Have you ever crashed? If so how bad were the injuries?

AH: I have crashed twice badly since I have been racing – at the NSW crits and at Mersey Valley Tour.

AH: This year I’m targeting a top five in the overall NRS.

Battle on the Border 2nd Stage 1; 3rd on the GC 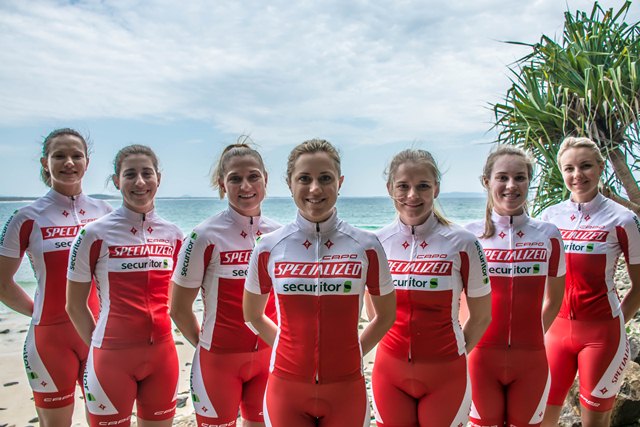