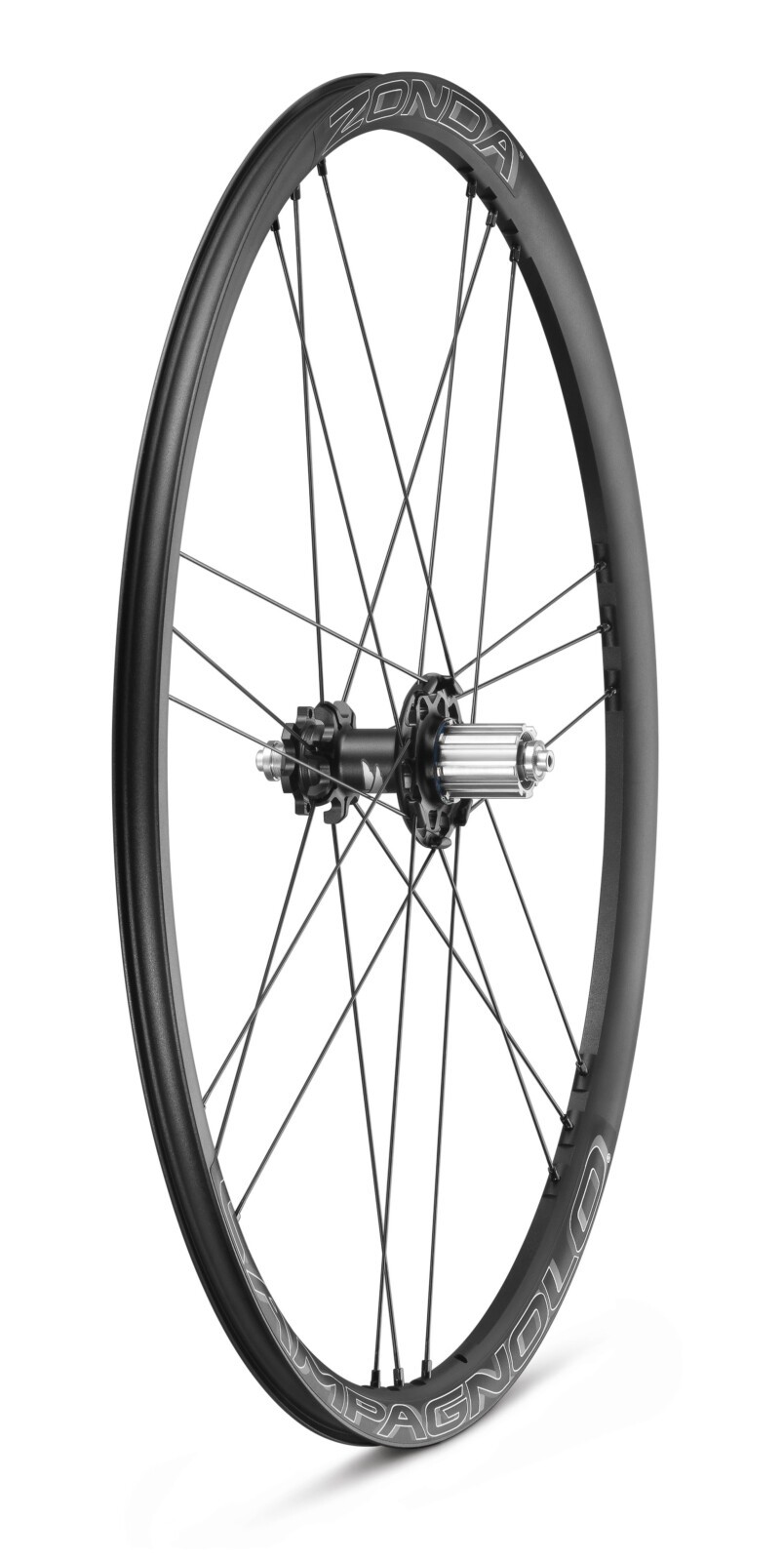 Designed from the ground up, the Zonda DB features an asymmetric wheelset. As the nature of the disc brake hub forces an asymmetric design for the rear wheel, Campangnolo have also designed an asymmetric unit on the front wheel to bring forth “symmetric performance and efficiency”.

By introducing a G3 spoke pattern, the Disc Brake Project engineers claim to have increased the performance and the overall design of the wheelset, with the spoke and hub designed to optimise disc brake usage.

“Both front and rear hubs are produced in aluminum and have been specifically designed not only to compensate for asymmetry in the shape of the wheel but also to deal with asymmetric loads under braking forces, now applied only to one side of the wheel” – Campangnolo press release

The wheelset also features milled rims to eliminate excess material where not necessary, enhancing the reactivity and efficiency of the wheels, while MoMag™ technology eliminates all spoke holes on the tire side of the rim to create a stiffer and lighter design.

RDB™ or Rim Dynamic Balance™ technology eliminates any wobble or inconsistency in the smooth rolling of a wheel by counter balancing for valve and gasket weight and the new adjustment lockring with a microsetting feature ensures accurate adjustment of the hub and its bearings; greatly reducing the possibility of any play in the wheel.

Both front and rear hub rely on a combination of sliding and cone bearings and are compatible with the use of either a Thru Axle (HH12) or Quick Release Skewers (100mm front, 135mm rear), with a new quick release skewer already in the works for the rear wheel.

While the Zonda DB has big shoes to fill from the success of its rim break predecessor, the team at Campangnolo have boasted the addition of more tech and componentry to the wheel, while also increasing performance and lowering the weight by 25 grams to its closest competitor.

Bora Ultra TT
Designed from a desire to improve further upon their legendary disc wheel- the Ghibli, Campangnolo have also released their new TT wheel: the Bora Ultra TT.

Lighter and stiffer than ever before, the Bora Ultra TT tips the scales at a mere 864 grams…111 grams lighter than its world-class predecessor, and despite its featherweight construction the Campangnolo design team ensure true reliability and long lasting performance.

Where the weight of the wheel has significantly reduced, the rigidity has increased, rendering it 8% more rigid than its closest competitor. The Bora Ultra TT is also designed with TT specific frames in mind. With many TT bikes locating their brakes near the bottom bracket to increase aerodynamics, the  Campagnolo engineers noted a higher degree of flex of the wheel when under heavy load. To eliminate the possibility of brake rub and reduced efficiency, the carbon fiber layup and construction was modified in a way to ensure the lowest amount of movement and rubbing of the affected area even under the heaviest loads.

Campangnolo have boasted that the Bora Ultra TT is “A wheel that already pushed the limits of what was possible in a TT wheel [and] now [the Bora Ultra TT] moves those limits even farther ahead”. 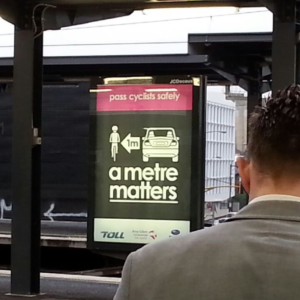