It was cancelled due to Covid then delayed due to lockdowns, but there was no way 2021 was going to end without the running of the 5th Bowral Classic cycling event.

Well worth the wait, what a Classic it turned out to be. Bicycling Australia’s original Gran Fondo event, the Bowral Classic was first held in 2016 and has subsequently led to several other sister events – the Clare, Noosa, Mudgee and Snowy Classics.

The many thousands of riders of these events have helped raise more than $400,000 for charity, bolstered the bike industry, and pumped millions of dollars into regional economies.

From Friday through to Sunday more than 3500 riders descended on the picturesque Southern Highlands for a freshly-expanded weekend of cycling action.

Sadly the much-anticipated Dirty Bowral – a gravel/adventure ride scheduled for Saturday morning – was canceled due to sodden ground, swollen creeks and strong winds. That event will be back on the schedule for 2022 as gravel cycling continues to boom and the appetite for adventure cycling surges.

Bowral’s quiet streets roared to life on Saturday afternoon as the inaugural Bowral Crit got underway.

AusCycling managed proceedings, Mike Tomalaris and Lee ‘Hollywood’ Turner were on the microphones, leading cycling photographer Beardy McBeard was capturing the action and hundreds of fans – including the likes of Tour de France riders Brad McGee and Stephen Hodge were on the sidelines – it was thrilling afternoon of fast and furious bike racing.

Sunday morning delivered perfect cycling conditions as a sea of keen riders lined up for the 150,120, 85 and 35km categories.

Synonymous with the sport, and among friends and fans who have been informed and educated by him for more than three decades, Tomalaris said joy and camaraderie were two of his personal takeouts from his first Classic.

“The vibe was unbelievable,” he said. “On Sunday morning the main street was a sea of people, of colour, of jerseys. “I hadn’t been to a Classic before,” he continued. “This was my first one. People were in such a buoyant mood, despite the early start everyone was buzzing. And that’s what cycling does, it creates joy and fulfilment – it brings everyone together.”

Enthused about the Classics, Tomalaris said “I had so many people come up and say how much they were enjoying the weekend.”

“I think what James Yaffa is doing is terrific,” he continued. “Europe has its Spring Classics and I really do think the five-event series that you have now has the potential to be Australia’s Classics series.”

A ride and not a race, some enjoyed an easy 35km ride around town while others set a scintillating pace over the tough 150km course.

Brendan ‘Trekky’ Johnston – a cancer survivor and former winner of the legendary Melbourne to Warrnambool race – was first rider home in the 150km Maxi Classic category. He was back in well under 4hours after averaging 38kp/h despite the 2000m of elevation.

Samara Sheppard was first female rider in the 150km  – she made a very impressive top 10 finish with an overall time of 3hrs 57min.

Taking Riders To The Regions

More than a major event for rural regions such as Bowral and the Southern Highlands, the Classics provide a big boost to the Australian cycling industry with many of the major players sponsoring and supporting the events.

Enjoying the warm Sunday sun, Toby Shingleton from Shimano Australia said it was wonderful to see so many cyclists out enjoying themselves over event weekend.

“It’s great to see so many people interested in cycling,” he said. “And that’s what’s driving this boom – people prioritising their health and their lifestyle …. It’s been more important for people to get out and exercise and we’ve seen more customers than ever, sales are great and we are really positive about the future.”

Rider photos are available for purchase via RaceAtlas at https://raceatlas.com/?event=bowral-classic

The next Classics series Gran Fondo is the Snowy Classic in Jindabyne in March. For full details and to register visit www.snowyclassic.com.au 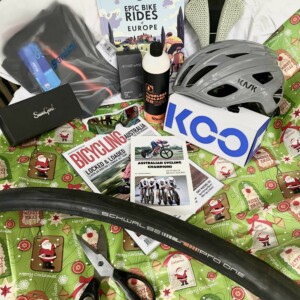 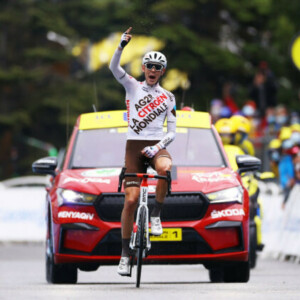