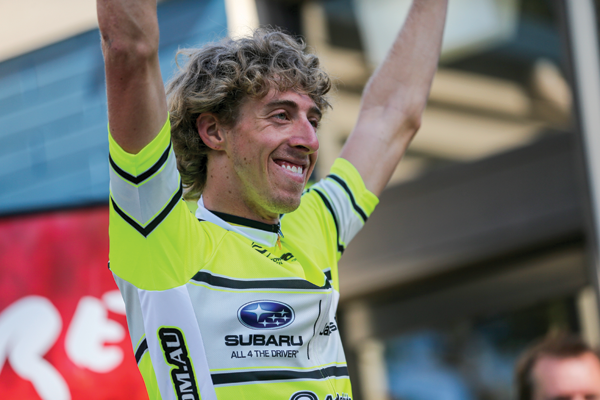 We continue our A Life Behind Bars column with a phone interview with Budget Forklifts NRS team rider Brodie Talbot.

Bicycling Australia: Where are you now Brodie, as you answer this call?

Brodie Talbot: At home in Figtree, Wollongong.  We moved to Wollongong a year ago from Camden in Sydney, mainly for training. It’s better and easier for me and my sister for training. My coach Mick Kejda is down here and there are a fair few more hills to train up than in Sydney – Macquarie Pass, Saddleback and Mt Keira when it does eventually open.

BA: Ah. So you are just a few streets from where I live. That’s a coincidence.  You mention your sister, that would be Junior World Championships contender Josie, right?

BT: Yes. It’s probably a good thing that we are both into cycling and share a coach. It keeps us both motivated and when she gets results I am happy and vice versa. We are not in direct competition with each other, which helps.

BA: How old are you?

BA: How did you get into cycling?

BT: Mum was doing triathlons a while back and riding a bit with the Bankstown Cycling Club and they said to bring me down for a try at the track. I had stopped playing rugby league and wanted to do something and thought cycling would be fun. At first I was going to do triathlon but I loved cycling more than swimming and running.  So joined Bankstown CC doing road and track,  when I was 12, racing under 13s.  Josie tried a little while down the track, starting about the same age as I was when I started. We have another sister who doesn’t ride. Dad (Paul) is mainly the support behind us and Mum (Narelle) does triathlons.

BA: So are you riding full time?

BT: I am basically riding full time as I want to make a career out of cycling, but I do a bit of part time work with Dad mowing lawns every now and then.

BA: So you started out with Bankstown Cycling Club, but now live in Wollongong, so what is your home club?

BT: Macarthur Collegians Cycling Club. We moved there once I started racing opens etc.  They’ve helped us out a lot over the years and we wanted to stand by them even after we moved. I don’t race too much club stuff now because of time and other commitments.

BA: Other commitments being your NRS team?

BT: Yeah. Racing the NRS races with Budget Forklifts and also getting together for a few training camps. We are from all over. Our team manager Cam is up in Brisbane but I think our main sponsors are out of Western Australia, with a couple of branches in Brisbane and around the place. Most of us live all over the place really.

BA: So how do you get together to become a team?

BT: We have a few training camps a year. One after the Oceania’s and one before the start of the NRS season in September and one other. They are mainly held up in Queensland – so far I have been to one at Toowoomba, one at Tweed Heads and around that area.

BA: How long have you been part of Budget Forklifts and how did it all come about? We have seen the team progress from a Perth junior development team in 2007 to the NRS and UCI Continental team it is today so you must be pleased to be part of it.

BT: I have been riding with them since the start of the year and I am enjoying it. Last year after the Canberra Tour Cameron Watt the manager asked me to ride with the team this year.

BA: What were you doing at the time?

BT: Last year I was with Racing Kangaroos,  a development team I was with for two years. I was with Search2Retain for two years before that. They were just getting started when I started with them, getting riders and getting a team working together. Before that I did a couple of NRS races as an individual and the Tour of New Caledonia two years in a row to get my foot in the door out of juniors, but I was not really racing too much in opens before then, mainly just doing under 19 stuff.

BA: Were you getting any results?

BT: I was just really in the bunch on the hardest stages, which I was happy with. Back then was coached by Neil Leifels through my club. Then Search2Retain gave me the chance to ride NRS in 2010, probably did about six results, got a podium in Tour of Canberra on one of the stages and top 10 GC at Mersey Valley and to 10 GC at Geelong Tour. At the time I was working part time.  I didn’t have a team early in 2012 so after speaking to people around I heard of the Racing Kangaroos starting up.

BA: So you have been part of two start up NRS teams?

BT: Yeah. That has been exciting and also can be tough, to get the team working well and actually learn to be riding as a team. I was learning a lot.

BA: But you decided to move on from Racing Kangaroos?

BT: I wanted to keep moving forward, move to higher level to hopefully do some UCI races and hopefully race overseas ,  I so needed to get into one of the bigger teams. It was better for my career to move on to something a bit bigger.

BA: Tell us about the team.

BT: It’s one of the bigger teams next to Avanti. There is always a good battle between us.  They aren’t huge budget, but we get a road bike and a time trial bike, and all our kit given to us. All accommodation and flights are paid for. There are no wages…have to earn money for ourselves. We get a one year contract  to ride most of the NRS races and a couple of UCI tours.

BA: So what events are on your calendar?

BT: I’d say I will be doing Tour of Canberra and Tassie. I have already done Adelaide and Toowoomba. I have also done UCI events like the Tour of NZ,  Tour of Saguenay, the Tour of Beauce in Canada and the Philly Cycling Classic in America. They were my first overseas riding experiences with Budget Forklifts, but I had done a couple of other overseas stints the previous years – in Holland and a couple of times in New Zealand and a couple of tours in New Caledonia.

BA: Have you had some results?

BA: How does racing overseas compare with the NRS in Australia?

BT: A little bit different. The races are a lot longer, especially in America, from 130-200km long stages. And probably there is a lot more depth, you would probably say. America is a big place.  The speed is pretty similar. Just the longer races make a difference. The longer the better I think.

BA: How would you describe your riding style?

BA: What bike do you ride and what’s the componentry?

BT: We ride Cervelo. I am on an S5 and a P5. We are running Shimano Durace 11 speed mechanical on the road bike and electric on the time trial bike.  They are really good bikes and the gearing is really good. We haven’t had many problems with them. Whether it’s mechanical or electric doesn’t really bother me; you don’t notice too much of a difference.

BA: What’s a typical training day look like for you?

BT: It varies.  At the moment it’s all on the road. On longer rides I go up Macquarie Pass and around  Kangaloon or do a Kangaroo Valley loop and occasionally up to the national park. Shorter days probably efforts up the gun club hill at West Dapto, efforts out near Huntley and Albion Park. I follow a program written by Mick; the team doesn’t have a coach.

BA: How big a part does diet and nutrition play for you?

BT: At this stage I probably don’t have to worry too much,  but I try to not eat too much bad foods. I eat pretty much whatever I want.

BA: What do you think makes a good rider? Having the best equipment or training?

BT: A combination. It definitely helps having good equipment but you definitely wouldn’t get there without putting the hard work in and training hard.

BA: Have you ever had to take time off?

BT: Yeah, I broke my collarbone once plus I’ve  had a lot of grazes over the past years.  It depends how bad it is, I think when you have a break you get more motivated to ride afterwards.

BA: Do you have a balance in your life?

BT: Yeah. I go out surfing whenever I get a chance. You can’t just go all in  with cycling otherwise it’s a hard sport to focus just on that.

BA: What are your plans for next year?

BT: At this stage I will stay with Budget unless something bigger like a Pro Continental team comes along. My ultimate goal would be to race in the Pro Tour in Europe with one of the big teams. I don’t really have my eye on any particular race. I would be happy just to get there first, then once there, see…

BA: What part does the NRS play in getting young cyclists like yourself to make the jump from clubs to overseas teams?

BT:I think it’s heading down the right track. It still has a bit to go . It’s definitely getting stronger. The depth is getting a lot bigger and it’s only going to improve. I think it definitely helps –   the level of racing is a lot higher and the step is getting smaller and smaller to make.  It’s improving every year. Nathan Aston went out of NRS to the pro tour, Jack Haig is looking like he will be with a pro tour team very soon. Caleb Ewan didn’t do much NRS but … yeah…it’s definitely a good thing.

BA: How could it be better?

BT: I think a bit longer races would make it a bit better, make it be seen as a high level event. At this stage I think the number of event is pretty good. My favourite is probably the Tour of Tassie, just a lot of climbing in it and all the stages are pretty hard.

BA:  Do you do anything else outside cycling apart from surfing as you mentioned before?

BT: I play the occasional game of golf, hang out with my friends.

BA: Who would be on your dinner guest list and why? 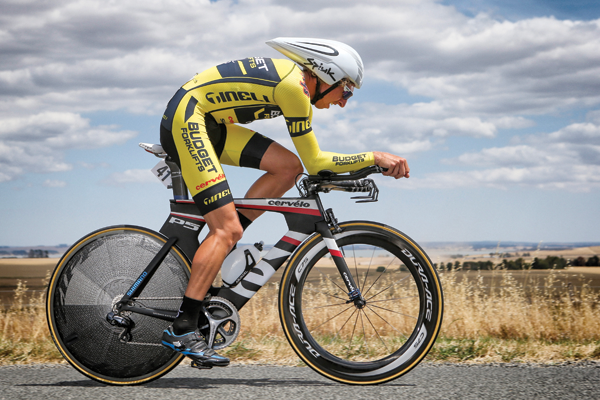 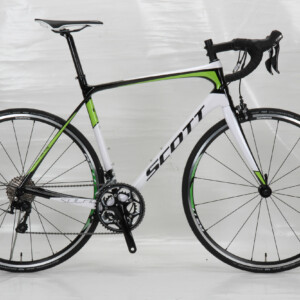