“This kid could win the Tour de France one day.” The voice of cycling, Phil Liggett, had just witnessed quite possibly the first step in an Australian’s quest to win the greatest race on earth.

Liggett had been travelling in a support vehicle up Mt.Wellington in Hobart as a part of the race convoy on the penultimate stage of the 1998 Tour of Tasmania. A young determined mountain biker from the hills around Melbourne had just burnt off the field in the ascent to the top and would pull on the Tour leader’s yellow jersey that night. It was the first time he had ever worn the leader’s jersey in a road race, his name – Cadel Evans. When you look back on the careers of sports stars that have risen to great heights, there is usually a time and a place that can be pin-pointed to changing their pathway to stardom, a defining moment where an action or result confirms their ability to become the next big thing. 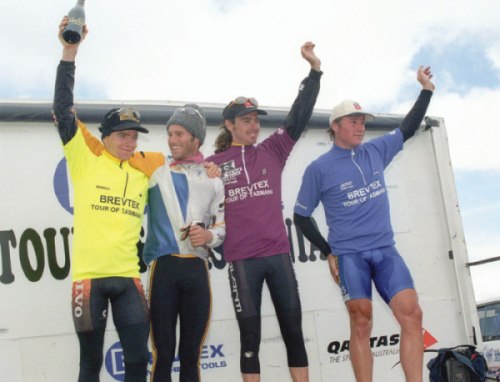 In the summer of 1998 on the roads of Tasmania, Australian cycling changed forever with the emergence of Cadel Evans. Dubbed the ‘Baby-faced assassin’, Evans victory in Tasmania would catapult him into the sport’s spotlight; 10 years on and he would become the favourite to win the Tour de France and quite possibly the first Australian ever to do so. A 20 year old Evans had ridden into second place in the world mountain bike championships in 1997 and was looking ahead to the Sydney Olympics in 2000 where a gold medal was high on the agenda. The Tour of Tasmania was a tough and gruelling six day tour with many climbs that could splinter a peloton, the ultimate ascent being the race to the summit of Mt.Wellington in Hobart on the penultimate stage. That day will go down in the annals of Australian cycling history.

Evans was second on the general classification, 19 seconds behind seasoned pro and the highly respected Neil Stephens heading into the stage. Stephens had become only the second Australian to win a stage of the Tour de France the year before and had returned to Australia to overcome a knee injury. The Tour of Tasmania would be good preparation for more racing in Europe when fully recovered. Stephens had won the important individual time-trial from Eaglehawk Neck to Port Arthur the day before but was well aware of the talented Victorian’s ability on the climbs. On the second last stage from Port Arthur to Mt.Wellington, New South Wales rider Josh Collingwood riding for the Herald Sun/AIS team was the early aggressor when he broke clear of the field and at one point had a lead of three minutes. When the race hit the streets of Hobart’s CBD 12 riders had escaped the peloton. In that group were Stephens, New Zealander Brendan Vesty who was leading the tour’s King of the Mountains competition and sat in sixth place on the general classification – and Evans. Approaching the base of the mountain the group disintegrated and the cream rose to the top. Stephens, Vesty and Evans were left to tough it out on the narrow road up the mountain, but no one could have predicted what was about to un-fold.

At Fern Tree, on the lower slopes of the mountain, the trio were eyeing each other off. Then, in one foul swoop, like a shot out of a cannon, Evans attacked his rivals with a blistering turn of speed. He put 30 seconds into Stephens and Vesty in the space of three kilometres and reached speeds of up to 27kph on the steeper sections of the climb. I guess the writing had been on the wall earlier in the tour. On stage four from Launceston to St.Helens, a 163 kilometre trip regarded as one of the toughest stages in Australian road cycling, Evans punctured before a breakaway had formed and needed the assistance from team mates to re-connect with the peloton. Then, 46 kilometres from the finish on the descent of the infamous Weldborough Pass, Evans and Stephens rode across to the sole leader Brendan Vesty. The trio maintained a break on the peloton and rode to the finish where Stephens was able to win the sprint. They finished over four minutes ahead of the rest of the field. He didn’t win that stage, it went to Stephens, and so too did the tour leader’s yellow jersey. However, Evans had signalled his intentions and the whole Tour knew that the stage to Mt.Wellington would now decide the race. 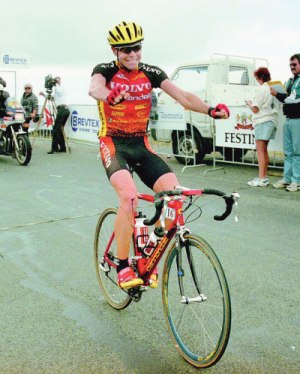 Tour Director John Trevorrow recalls Evans’ acceleration that day on Mt.Wellington. “As we rounded a bend a couple of kilometres into the mountain, Vesty was putting on the pressure and Evans noticed that Stevo was in a bit of difficulty. There was no hesitation. Cadel sprinted past Vesty at an astonishing pace. I was lucky enough to be in the car just in front and I well remember thinking how long can he keep this pace up?”, said Trevorrow. As Evans powered towards the stage victory John Trevorrow soon realised what he was seeing. “We were witnessing something very special,” he said.

Evans, riding for the Volvo-Cannondale team had support close by on the climb. He had his team-manager Phil Anderson travelling in the same support vehicle as Phil Liggett. Anderson rode in the Tour de France 13 times, completing every one, and was the first Australian to win a stage and wear the yellow jersey as Tour leader. He too believed he was privy to a rider with enormous talent. In-fact, team-managers on the tour were made up of some of Australia’s finest riders.

Along with Anderson there was Peter ‘Bulldog’ Besanko with the Motorola-Festina team. Danny Clark was looking after the Western Australia Institute of Sport outfit and Dave Sanders was in charge of the strong Jayco/Victorian Institute of Sport team, which comprised 1997 Tour of Tasmania winner, Alan Iacuone, David McKenzie, Jamie Drew, Tristian Priem and Duncan Smith. Evans wasn’t the only member of his team to taste success on the tour that year. Teammate Matt White from Sydney won the 119 kilometre fifth stage from St.Helens to Swansea along the beautiful east coast. “It is my first race for the year and I came here more to help Cadel Evans and I didn’t think I would be in line for the general classification,” he said after his victory. White eventually finished fourth on the overall classification, almost five minutes behind Evans. Evans would take a 3.27 second advantage into the final stage in Hobart. He had fallen in the final stage the year before and knew the importance of staying out of trouble on the final day. “I rolled a tyre in the criterium last year and failed to finish, so as far as I’m concerned it’s not over till the fat lady sings,” he said prior to the stage.

He became the youngest ever winner of the Tour of Tasmania and convinced Phil Liggett as to what lay in store for Evans in the sport of road cycling. “I have no doubt that Cadel can be the best road cyclist Australia has produced since Phil Anderson and he can feature in races like the Tour de France,” Liggett said after Evan’s win. It’s a long way from the tip of Mt.Wellington to the peaks of the Pyrenees, or the cobblestones of Salamanca Place to the Champs Elysees. Evans has risen to star-status in the sport and the eyes of not just the cycling world but the whole sporting world are now well and truly fixed on the ‘Baby-faced assassin” from down-under. You can still hear Phil Liggett’s words resonate on the slopes of Mt.Wellington today. They are louder now than they have ever been. They have drifted up the Derwent River, across the Indian Ocean and onto the roads of Europe, and in-particular France, and the greatest race on earth.