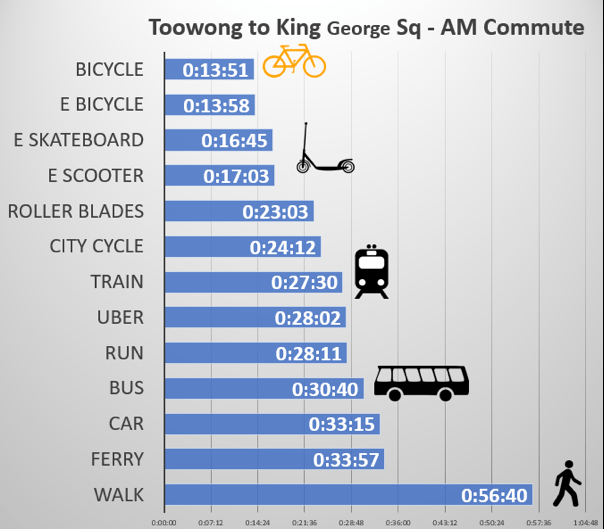 What came first … the car, the bus, the pedestrian or the bicycle? No, it’s not a joke, nor a riddle, but the results of a fascinating commuter survey recently conducted in Brisbane.

With the data compiled and collated by Matrix Traffic and Transport Data, commutes into Brisbane’s CBD from various points including Toowong were studied, with each involving a combination of bicycle riding and public transport.

With the two-wheeled and self-powered option coming out on top, CEO of Bicycle Queensland, Anne Savage, said the evidence was clear – congestion on our roads is changing the way we commute.

“(Active transport) enables people to get fit, travel more quickly, and reduce our impact on the environment,” she said.

“There can be no doubt that new bikeways such as the Veloway 1 will continue to improve travel times on bikes.”

A Here Technologies comparison of journey times from the start of the V1 at Holland Park West to QUT Gardens Point found a bike to be the quickest form of transport, at about 17 minutes compared to 24 minutes in a car and 28 minutes on a bus.

Ms Savage said electric bikes were also rapidly on the rise in Queensland.

“Bikes have great potential to transform the way we navigate around cities, with electric bikes rapidly emerging as game-changers,” Ms Savage said.

“Electric bikes are a great option for people who need to ride further, up hills, and in hotter weather. They help to improve individual endurance and enhance fitness, in addition to being great fun.”

In summary, Anne Savage said that with an ongoing and increasing investment in bikeway infrastructure and protected pathways, we can easily make cycling as seamless as car transport.

“We would love to see more Queenslanders taking advantage of the health and convenience of cycling,” she said. “For fun, to socialise, and to experience our culturally diverse communities and natural environment.” 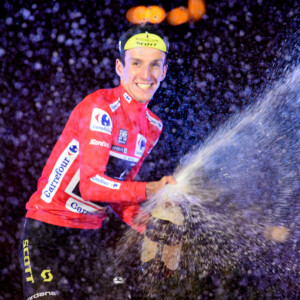 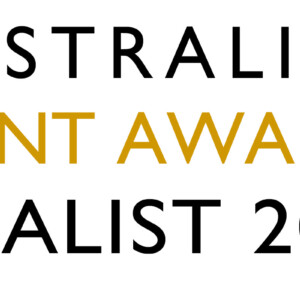